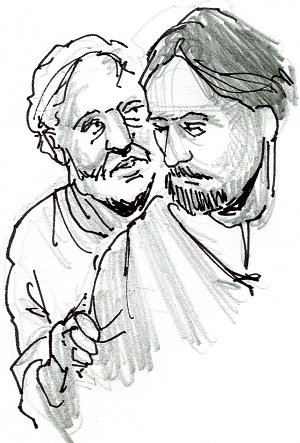 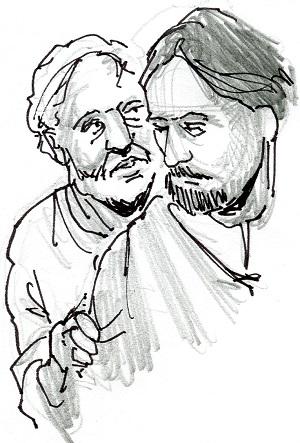 Exhausted parish workers have a joke they share when demands go overboard. They quote Jesus’ words in Matthew 11:28 with a slight edit: "Come to me, all you who are weary and burdened, and I will give you … even more to do.” The yoke is often neither sweet nor the burden light, but the chance to serve is real and ulimately satisfying.  Jesus knew this as he tried to prepare his disciples for the suffering they would face when they got to Jerusalem. The cross first, then the glory.

In today’s Gospel, the disciples must have been astounded as they watched the rich man walk away when Jesus challenged him to let go of his wealth and follow him. They thought wealth was a sign of favor from God, yet Jesus said that it was impossible for a rich man to enter the kingdom without God’s help. They must have sensed that there was going to be a real cost to their own discipleship.  If Jesus was going to suffer and die, they were not going to be spared. They had come on board believing they would be rewarded, but now they were asking among themselves. “What’s in it for us?”

Peter is their spokesperson as he approaches Jesus and reminds him that they have given up everything.  It was true. They had left behind their boats, their jobs, wives and children, their familiar world and predictable futures. The good days with Jesus were filled with miracles, but there were the bad days, sharp with controversy and threats.  They were on the road, sleeping in fields, begging for food, managing the crowds and protecting their master. The thrill of being his closest companions was tinged with foreboding. They were going to share his glory, but what that meant was also paradox and mystery.

Jesus patiently reassures them. They will receive one hundredfold for what they gave up: brothers, sisters, wives and children, houses and lands. The disciples were used to Jesus’ parables. Was he promising them more of the same or more than they could imagine as they took up the care of his church and its people? This was Beatitude talk, delivered with a smile and a wink. Like him, they would lose everything to build God’s kingdom, and then possess everlasting life and perfect joy.

Count your losses if you must and tally your expectation of what God owes you, but it will be meaningless compared to the pure gift awaiting those who lose their lives to find them.  St. Paul emptied himself into his ministry, then promised that “eye has not seen nor ear heard, nor has it entered into the heart what God has prepared for those who love him” (1 Cor 2:9). Not a bad bargain, but only ours with faith and no small measure of courage.