Send in the prophets 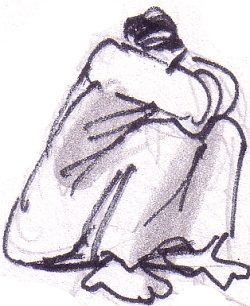 The Book of Jonah was a popular folktale that parodied Jewish nationalists who rejected the idea that God also wanted to save pagan nations. Jonah fled to avoid preaching to the Ninevites, Israel’s enemy, and when he finally did preach, he was disappointed when they actually repented, because he wanted God to destroy them.  The story was a comedy, and this surprising repentance, from the king right down to the draft animals, was unimaginable, yet the people listened to Jonah and were saved. God’s mercy was universal.

The “sign of Jonah” was that while a highly unlikely conversion by an enemy of God occurred, the Chosen People, graced by the preaching of Jesus, the actual messiah, rejected God’s offer of mercy.  Jesus reinforces the message with the example of the queen of the south coming all the way to hear the wisdom or Solomon, while the current generation rejected an even greater wisdom from Jesus, who later weeps over Jerusalem for the blindness of its leaders (Luke 19: 41).

This seems the case with most prophets, dismissed or rejected in their own time, then celebrated after their message proves true and enters the sad history of cautionary tales and lessons learned too late. But the next prophet is rejected as well, and the blindness is passed to another generation along with the amnesia that ensures that history will repeat itself.

What prophecies and prophets will test our own generation?  Climate change? Wars that might have been averted by negotiation? Global chaos incited by desperation over income inequality, displacement and walls preventing the world’s have-nots from accessing the resources they need to survive? Leaders ignorant of even recent history who fan the flames of nationalism and populism, unleashing ethnic hatred and xenophobia and using fear to divide people for short-term political gain?

Jesus said that his generation would receive no sign except the sign of Jonah.  What signs has our generation not received to warn us of trouble ahead if current crises are not attended to before they go out of control?  The warning signs are everywhere. Lent is the season of conversion, a time to fast and pray and care for the poor. Let these be the signs that save us, for tears of regret will come too late.

Column | Send in the prophets

Jesus crucified among us

We must exercise our prophetic role, which can mean challenging our leaders