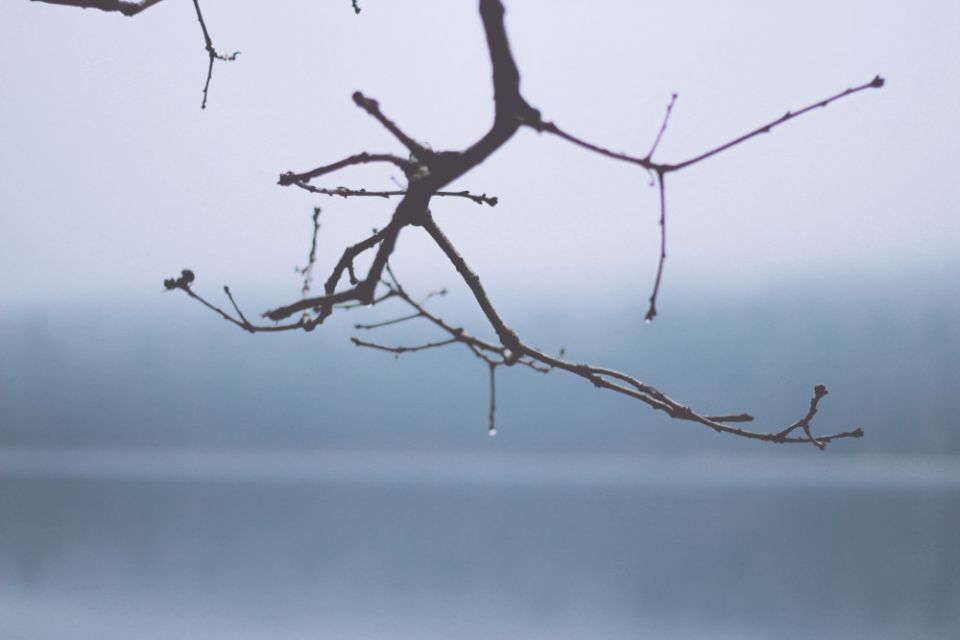 We're living in a time of impending grace. In the U.S., we're standing between the feast of Martin Luther King and Black History Month. School is back in session, and spring break is not close enough to offer a glimmer of relief from the slog of winter and its grayness.

Today's Gospel presents Jesus in a time like this: The Baptist had been arrested and Jesus was about to begin his own ministry.

Matthew tells us that when Jesus learned of John's arrest, he took up residence in the northern town of Capernaum, a territory occupied by farmers and fishers. Matthew calls it the region of Zebulun and Naphtali, reminding his readers that, obscure as it might seem, it was a part of the promised land, God's territory. Jesus wasn't seeking a hideout there, but what Pope Francis might call a prudent starting place.

Last October, at the opening of the Synod of Bishops for the Amazon, Francis urged the bishops to be prudent. Some people might have welcomed that word as a reprieve from urgent action about the problems of our day, as a sign that nobody should expect to be shaken up by what the bishops would say.

Then Francis went on to describe prudence as an unsettling virtue. He said that prudence is not indecisive or defensive, but rather a virtue of discernment. Prudence opens us to the newness of what God's Spirit is doing. Prudence is a daring virtue because it continually puts our viewpoints and our comfort at risk.

We might say that prudence is the prophetic virtue Jesus exhibited at the beginning of his ministry. Prudence is audacious and can be disturbing.

Jesus exhibited prophetic prudence at the beginning of his ministry. Jesus' prophetic prudence led him to believe that the time was ripe, that God was on the verge of bringing about a change in everything. Jesus believed that the God of his Jewish ancestors was weaving together the circumstances necessary for people to experience possibilities for a life like they had never known before.

Jesus called those possibilities the "kingdom of heaven," and he would spend the rest of his life showing others what it was like and telling stories about it. Each Gospel teaches that the kingdom or reign of heaven is characterized by human well-being and a quality of relationships that mirrors the mutual love of the Trinity.

According to Matthew, Jesus began his ministry on behalf of the kingdom by preaching metanoia, a concept often translated as repentance. English doesn't have a word strong enough word to translate metanoia — perhaps our religion has become too tame to imagine it. Metanoia is nothing short of a revolutionary change of outlook. It could be compared to the difference between seeing things in two or three dimensions: One perceives every relationship differently as a result of metanoia.

One biblical image of metanoia would be St. Paul's mind-blowing transformation on the road to Damascus. In that incident, Paul, the persecuting preacher, became a missionary and martyr for the faith of his former victims.

More common is what happened to the disciples Jesus invited to leave their nets and boats to follow him. They dropped everything at the invitation, but from that moment until the day of his resurrection, Jesus had to cajole, tutor and sometimes outright denounce their behavior in his efforts to transform them into disciples who could carry forth his mission. Their metanoia was a process, not a once-for-all miracle.

Most of us are more like the disciples than like Paul. Even with that, the majority of us aren't called to leave everything behind, but rather to let our daily life go through the gradual transformations that can turn every profession, every job, and all our relationships into experiences of the kingdom of heaven.

Now, in days ripe with reminders of our calls to social justice, our most urgent call to metanoia comes from our Earth and all her inhabitants. In "Laudato Si', on Care for Our Common Home," Francis reminds us that our Christian heritage "has a precious contribution to make to the renewal of humanity." Francis calls us to metanoia "grounded in the convictions of our faith" that "can motivate us to a more passionate concern for the protection of our world."

Like Jesus who proclaimed, "The kingdom of heaven is at hand," Francis proclaims that our spirituality is capable of giving us the "interior impulse which encourages, motivates, nourishes and gives meaning to our individual and communal activity."

Our times are calling us to Christian prudence, to discernment that leads to action on behalf of the kingdom of heaven and the protection of our world. This is a time of impending grace and we will ignore it at our peril — and that of the world.

This story appeared in the Jan 10-23, 2020 print issue under the headline: Prophetic prudence .