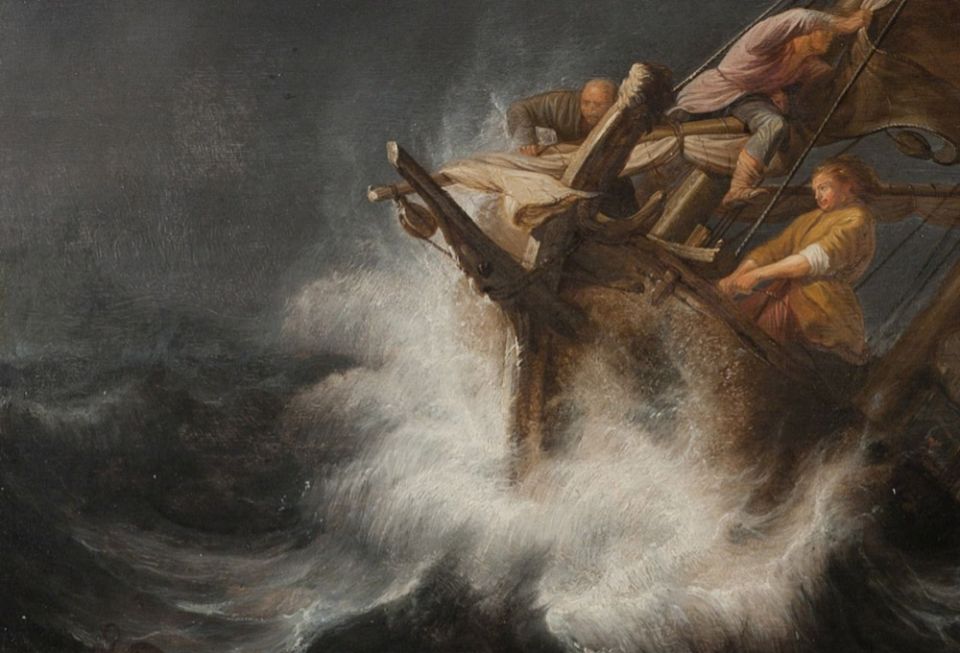 St. Paul rivals the psalmists in never leaving anything understated. Today, his message begins with the words: "The love of Christ impels us!" That's a pretty strong statement.

To be impelled is to be urged internally — all but forced. Webster's dictionary ties it to basic drives or a strong moral force. Thus, feeling impelled springs either from instinct or from our deepest convictions. It leapfrogs a wide spectrum of measured reasoning, demonstrating how commitment is amazingly capable of overriding instinct.

Paul made this statement to people who were convinced that Christ's self-giving was the only event capable of revealing the depth of God's love for them. Once they arrived at that conclusion, nothing would ever be the same. They could no longer regard anyone "according to the flesh." They had become a new creation.

Paul's community was just as certain of this as were the disciples who had heard Jesus preach about the prodigious power of the Kingdom of God. In other words, like us and those disciples in the boat, they were on their way to faith, even if they sometimes felt scared to death.

Today's Gospel relates the first "nature miracle" in the Gospel of Mark. On one level, it is simply a story of Jesus rescuing his friends from danger. At the same time, every detail carries symbolic significance. This story of crossing over sheds light on what led Paul and friends to be impelled by the love of Christ.

This boat trip began just after Jesus had taught that the power of the Kingdom of God is sometimes hidden, and sometimes abounding beyond our capacity to comprehend. After teaching, Jesus asked the disciples to cross the water, heading toward foreign territory. Mentioning no real motive for the trip, Mark leads us to assume that what happened on the way overrode any other purpose.

Water crossings often symbolize the twin experiences of trauma and transformation. In this case, while the disciples grew increasingly afraid of a raging storm, Jesus napped like a contented farmer who knows his seed is growing all by itself.

The combination of nature's wrath and Jesus' slumber was enough to undermine the disciples' confidence. They awakened him with the desperate, perhaps even bitter, accusation, "Do you not care that we are perishing?"

That indictment, irreverent as it sounds, typifies Hebrew prayer. (See Psalms 22, 69, 83, 102, etc.) Jesus' people favored passionate prayer, never hesitating to call God to task when they felt they were in danger.

Jesus responds to his disciples' cry by acting like the God who tamed the chaotic waters of Genesis and split the Red Sea. Addressing the storm as if it were the devil himself, he commanded the turbulence to cease.

With the storm under control, Jesus focused on the disciples. Here, English translations fall short as Jesus asks them why they allowed cowardice (deilos) to overpower their faith. Their real fear (phobeo) arose, not because of the storm, but from seeing Jesus tame it. Now, instead of indicting him as a companion who failed to do his part in the squall, they were stunned, overcome by that soul-shaking awareness of God that Scripture calls fear of the Lord.

What Jesus had done was unnatural. The disciples had shouted at him. They asked for some aid, for help in controlling the oars or steadying the rudder. Instead, he saved them in a thoroughly unexpected way. Suddenly, they were unscathed and simultaneously overwhelmed. They turned to each other in terror, impelled to ask, "Who is this?"

At this stage of his Gospel, that is precisely the question Mark wants us to ask. Like the disciples, we can consider God with such frugality of imagination that we are blind to anything bigger than our own plans and expectations. But God has fashioned us to be capable of more.

While we may have the same image of God as Job, like him, we can encounter the majesty of the Creator in creation. Whether captivated by an experience of love, natural beauty, or even sheer amazement at the elegance of math, astronomy, or theology, human nature is open to the mysterious, sometimes overwhelming ways God is present to us.

For Job and the psalmists, it often began with complaint. For the disciples of today's Gospel, frightened cries for help opened them to glimpse who Jesus really was. For Paul, it was the forgiving and commissioning love of the one who introduced himself as "Jesus, whom you are persecuting."

If Paul were to summarize the message of today's liturgy, he might simply say: "If the love of Christ does not impel you, you have not yet met Christ."

This story appeared in the June 11-24, 2021 print issue under the headline: Impelled by Christ's love .

People can call Jesus at any moment; he is always there, pope says