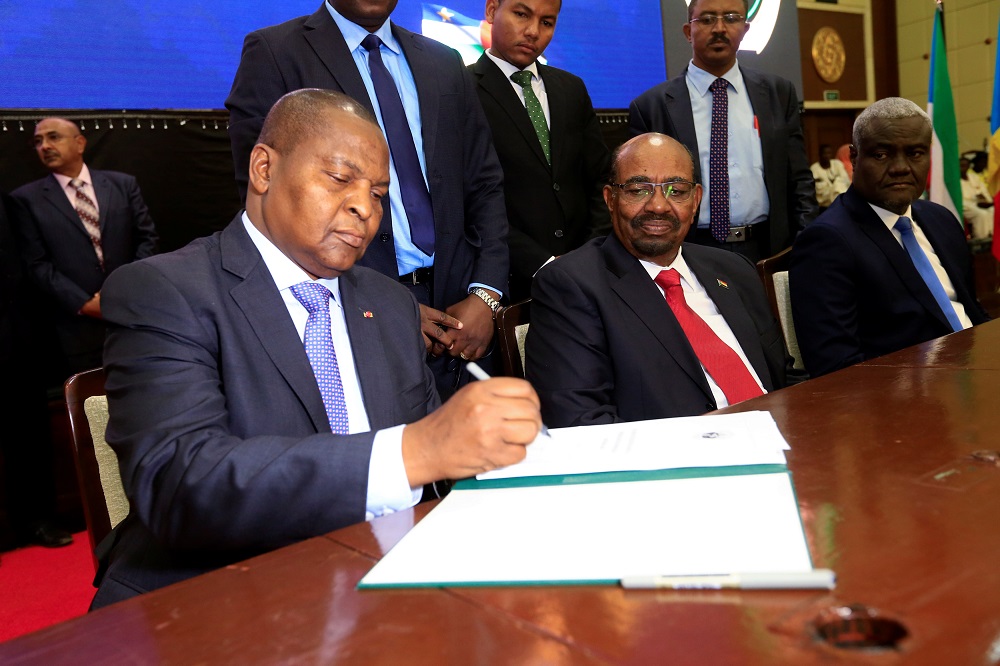 An official of the Central African Republic bishops' conference has raised doubts about a new government-rebel peace deal and urged the international community to give greater backing to the country's legitimate armed forces.

"Of course, we can hope such an accord might lead toward peace, but if it runs counter to justice and truth, this is unlikely," said Fr. Joseph Tanga-Koti, secretary-general of the bishops' conference.

"Our bishops have condemned the presence of mercenaries from Sudan, Chad, Niger, Cameroon and Uganda. If these countries wish our people to live in peace, they should take steps to stop (the mercenaries) coming here, along with the arms they traffic."

Tanga-Koti said the country's Catholic bishops had discussed peace objectives with the president Jan. 12, but had not been invited to observe the negotiations.

He added that many Catholics were skeptical about the new accord, the eighth in six years, which was reached behind closed doors and had not yet been made public.

"Even if the church had been present in the corridors, it would have had no real input, even though many people are looking to it for guidance," Tanga-Koti said.

"Everything now depends on the attitude of the main signatories. If they merely ignore the accord in practice and continue killing, it will have achieved little."

Speaking at the Feb. 6 signing ceremony, Touadera gave no details of the accord, but said it represented "the culmination of nearly three years of efforts" and would end "violence against civilians."

However, Agence France-Presse news agency said the talks had remained deadlocked over an amnesty for rebel fighters, who control up to 80 percent of the nation's territory, as well as over demands for mixed military patrols and rebel representation in the government.

A previous peace deal in June 2017, mediated by the Rome-based Sant'Egidio Community, failed to include demobilization provisions and broke down within a day. AFP reported Feb. 7 one rebel group had launched attacks in the nation's Ouaka prefecture, where 18 people were killed by a drunken militia fighter during a funeral.

Tanga-Koti said he doubted the viability of integrating "illegal private armies" into the nation's armed forces or handing ministerial posts to rebel leaders, some of whom are under U.N. sanctions for human rights violations.

He added that the church believed the conflict's biggest criminals must be brought to justice as a condition for lasting peace. The bishops have urged the United Nations to lift an arms embargo, in force since 2013, to enable government forces to "do their job of protecting the population" alongside the U.N. stabilization forces.

"Having this embargo merely disarms our own national army and benefits the armed groups, who operate beyond any control and can obtain weapons wherever they want," Tanga-Koti said.

In a Jan. 31 resolution, the U.N. Security Council renewed the embargo on arms supplies and military assistance for a further year, but said it would be reviewed Sept. 30 if the government met requirements for managing weapons, disarming militias and reforming the security sector.

Tanga-Koti said the nation "desperately needed peace," but added that the bishops had warned against "any agreement which merely contains germs of a new conflict."

"There've been many cases in Africa where groups have committed to peace while keeping hold of massive arms stocks," he said. "Our problems are highly complex, so the signature of an accord isn't a reason by itself to dance, rejoice and proclaim a new dawn."