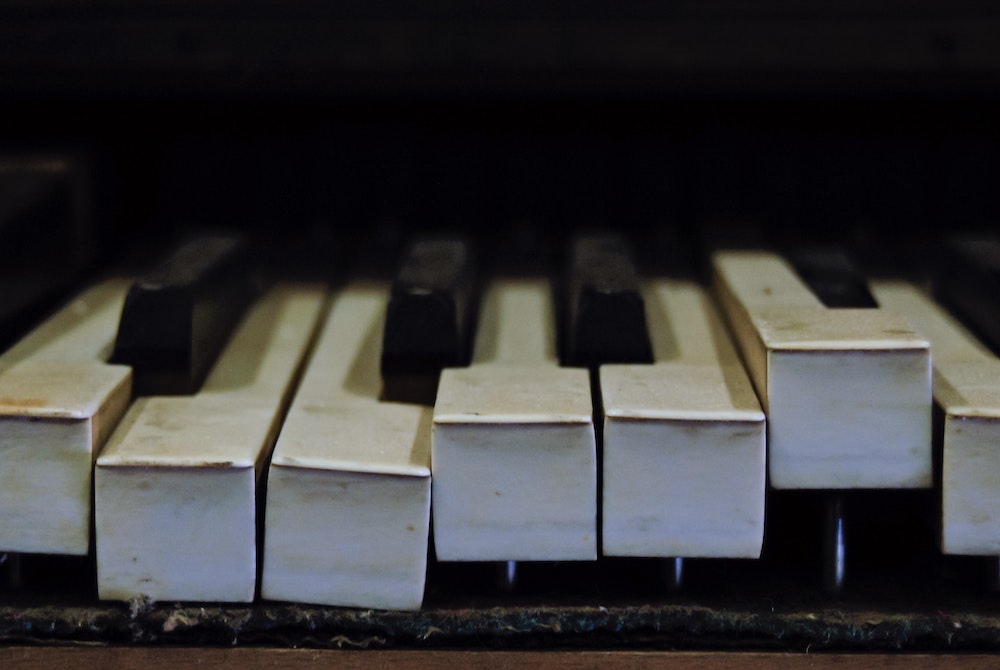 St. Catherine's University is the first of any major Catholic institution to release a report based upon investigations about David Haas, after dozens of women came forward to report sexual abuse and grooming to the survivor advocacy organization Into Account last summer. (Unsplash/Matthew T. Rader)

Some sexual assault survivors and advocates are still working to hold Catholic institutions accountable following an independent investigation into sexual misconduct allegations against composer David Haas by St. Catherine's University in St. Paul, Minnesota. They are pointing to a failure to interview Haas and the then-president of the university, as well as a lack of accountability for a former university employee whom they allege was aware of allegations against Haas.

Although St. Catherine's investigation found that the university never received any "official" complaints about Haas, it also revealed that a witness that investigators deemed credible brought concerns about Haas to a university employee, who allowed Haas — and a priest who had been stripped of his priestly duties for sex abuse allegations — to continue to participate in the Music Ministry Alive (MMA) summer camps for high schoolers at the university.

St. Catherine's University is the first of any major Catholic institution to release a report based upon investigations about Haas, after dozens of women came forward to report sexual abuse and grooming to the survivor advocacy organization Into Account last summer. To date, Into Account says 52 women have submitted reports about Haas' alleged abusive behavior.

The 48 individuals interviewed for the report included survivors of alleged abuse, employees of St. Catherine's and Music Ministry Alive camp attendees. Notably absent from the interviewee list were Haas, and Immaculate Heart of Mary Sr. Andrea Lee, president of St. Catherine University from 1998 to 2016, during the time the Music Ministry Alive camps were located at the university. 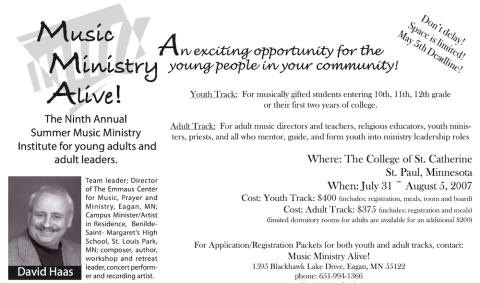 Margaret Hillman, a participant in the investigation and survivor of alleged abuse by Haas, thought the investigators were "very thorough and very thoughtful," she told NCR.

But Stephanie Krehbiel, executive director of Into Account, and others note that the investigation was limited to examining the university's policies and did not go into depth about other concerning aspects regarding the allegations against Haas. The report touched briefly on the fact that one witness said she reported concerns about Haas' behavior to Lori True, who was then associate director at the camp while also employed as the university's liturgy coordinator.

Krehbiel told NCR that survivors and others found it "noteworthy" that the report found that witness credible.

True has denied that allegation and told NCR, via email: "I was never made aware of any alleged abusive behavior by Haas. I truly believe I would have remembered it and acted on it. However, if a credible witness bravely did come to me, I want to offer my deepest apology."

True currently works as director of ritual and liturgy for the St. Paul Province of the Sisters of St. Joseph of Carondelet, who released a statement on April 7 indicating that the "neither the CSJs nor their staff had any knowledge of the alleged abuse."

Frances Chavez, a survivor of alleged abuse by Haas, found the tone of the sisters' statement "hurtful" because "it has a strong focus on protecting the institution instead of serving the needs of the victims," she wrote in an April 12 email to the sisters' communications director, Ann Thompson.

"I strongly believe that the actions of Lori True render her completely unfit to serve in any form of ministry position and hope that your congregation will take steps to remove her from ministry swiftly," Chavez wrote.

Thompson said the sisters do not take survivors' suffering lightly and "are acutely aware of and have great compassion for the devastation sexual abuse wields on victims, many of whom they serve through their various ministries."

Thompson pointed to the report's conclusion that it "did not find evidence that during MMA's operation, MMA leadership, team members, interns or any St. Catherine University employees were made aware of the allegations of sexual abuse reported to Into Account relating to MMA and the University," but she did not respond to the report's additional statement that "one witness reported that she spoke with True about Haas's conduct at MMA. While True denies this, we found this witness to be credible."

Since the release of the report, an April 7 Minneapolis Star Tribune article reported that St. Catherine officials have barred Haas from campus, banned the use of his music and announced that True is not allowed to participate in liturgical events held on St. Catherine's campus.

Two other employees involved with the music camp also have been the subject of allegations of abuse, including former priest George DeCosta. DeCosta was stripped of his priestly duties in 2009 by the Honolulu Diocese, following a credible allegation of child sexual abuse, according to the Minneapolis Star Tribune. Six men subsequently filed lawsuits against the diocese; five suits have been settled, the Star Tribune reported. DeCosta was laicized by Pope Francis in 2020.

Yet DeCosta attended the music camp on St. Catherine's campus, and was listed in 2012 on the website under "Meet the Team," the Star Tribune reported. The St. Catherine's investigation and report "found evidence that after Haas and True learned of the allegations against DeCosta, they allowed him to continue to participate in MMA camps." The report also says that True learned of abuse allegations against camp staffer Paul Tate but continued to invite him to perform at university events.

In an email to NCR, True said both DeCosta and Tate were immediately "removed from the Team," once leadership was aware of the allegations. "DeCosta attended the final year of the MMA program (2017) as an Adult Track Participant. Tate never returned to the MMA program," she said.

A survivor of alleged harassment, grooming and sexual abuse by Haas was shocked to learn that DeCosta had access to teenage campers. "Now we're becoming aware of the depths of David's excuses so that he could showcase his friends and supporters during MMA, but at the time we had no reason to believe that not all of these adults were safe, whether staff or participants," said the survivor, who asked to remain anonymous.

When allegations against Haas first publicly surfaced last summer, survivors and advocates called for investigations by dioceses and organizations that had hosted Haas' ministries.

After an "internal assessment" conducted by an independent law firm, GIA Publications ended its relationship with Paul Tate and removed his compositions from circulation. GIA had already ended its publishing relationship with Haas even before the allegations against him became public last summer.

The Archdiocese of St. Paul and Minneapolis, where the Music Ministry Alive camps took place, had received a complaint in 1987 about unwanted sexual advances by Haas, according to its June 16, 2020, statement. After receiving a report of two more complaints of harassment in another diocese in 2018, the St. Paul and Minneapolis Archdiocese stopped providing a letter of recommendation for Haas.

After receiving additional complaints after last summer's news reports, the archdiocese banned Haas from giving workshops or concerts at institutions in the archdiocese and pledged to not use his compositions at archdiocesan Masses and events.

In October 2020, the archdiocese reported it hired former law enforcement personnel to conduct a review of archdiocesan records for evidence of earlier reports of abuse by Haas against children. The review surfaced no such report, the archdiocese said in a statement.

The archdiocese declined to answer further clarifying questions from NCR about whether an investigation was ongoing.

In June 2020, the Los Angeles Archdiocese announced an investigation into allegations of abuse by Haas, given that a number of incidents of alleged abuse and harassment occurred at the Los Angeles Religious Education Conference. That investigation is "still ongoing," Adrian Marquez Alarcon, director of media relations for the archdiocese, said in an April 12 email to NCR.

Some other dioceses and archdioceses have said they are waiting for reports from investigations by the St. Paul and Minneapolis and Los Angeles archdioceses before agreeing to ban Haas' music, according to Laurie Delgatto-Whitten, a former MMA team member who is organizing alleged survivors' request to stop his music from being used in parishes. Delgatto-Whitten said 93 dioceses have not responded to the requests.

Related: Three women who accuse David Haas of sexual misconduct speak with NCR
A version of this story appeared in the May 28-June 10, 2021 print issue under the headline: Report sparks calls for accountability from survivors of alleged abuse.