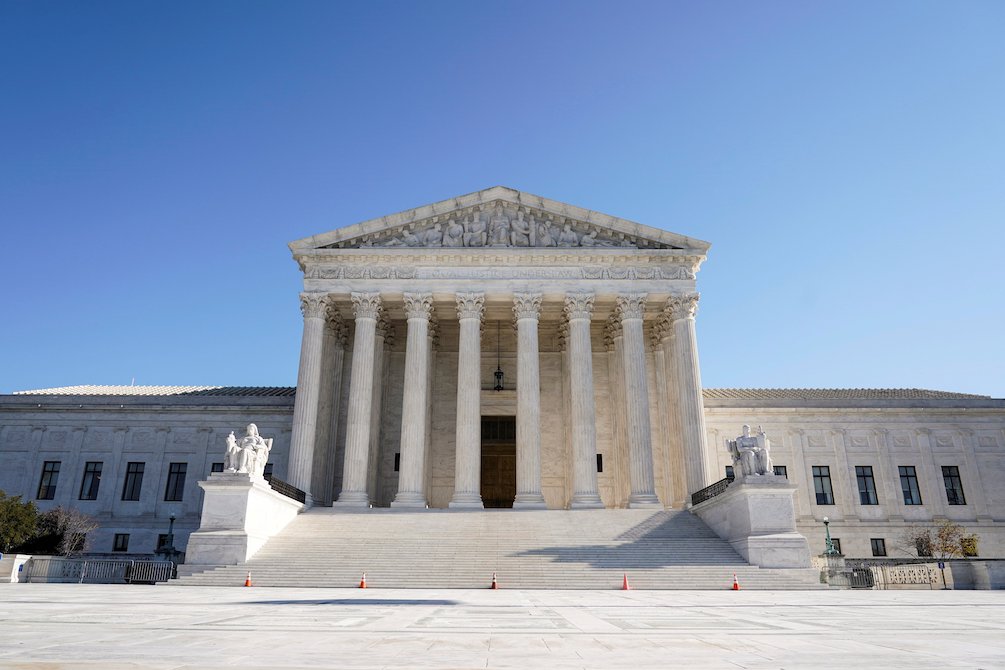 The Supreme Court is telling California that it can't enforce coronavirus-related restrictions that have limited home-based religious worship including Bible studies and prayer meetings.

The order from the court late April 9 is the latest in a recent string of cases in which the high court has barred officials from enforcing some coronavirus-related restrictions applying to religious gatherings.

Five conservative justices agreed that California restrictions that apply to in-home religious gatherings should be lifted for now, while the court's three liberals and Chief Justice John Roberts would not have done so.

California has already, however, announced significant changes loosening restrictions on gatherings that go into effect April 15. The changes come after infection rates have gone down in the state.

The case before the justices involved California rules that in most of the state limit indoor social gatherings to no more than three households. Attendees are required to wear masks and physically distance from one another. Different restrictions apply to places including schools, grocery stores and churches.

"California treats some comparable secular activities more favorably than at-home religious exercise," allowing hair salons, retail stores and movie theaters, among other places, "to bring together more than three households at a time," the unsigned order from the court said. A lower court "did not conclude that those activities pose a lesser risk of transmission than applicants' proposed religious exercise at home," it said.

The court acknowledged that California's policy on gatherings will change next week but said the restrictions remain in place until then and that "officials with a track record of 'moving the goalposts' retain authority to reinstate those heightened restrictions at any time."

Justice Elena Kagan wrote in a dissent for herself and her liberal colleagues, Justice Stephen Breyer and Justice Sonia Sotomayor, that the court's majority was hurting state officials' ability to address a public health emergency.

"California limits religious gatherings in homes to three households. If the State also limits all secular gatherings in homes to three households, it has complied with the First Amendment. And the State does exactly that: It has adopted a blanket restriction on at-home gatherings of all kinds, religious and secular alike. California need not ... treat at-home religious gatherings the same as hardware stores and hair salons," she wrote. She added that "the law does not require that the State equally treat apples and watermelons."

The case before the justices involved two residents of Santa Clara County in the San Francisco Bay Area, who want to host small, in-person Bible study sessions in their homes. California had defended its policy of restricting social gatherings as "entirely neutral."

The court has dealt with a string of cases in which religious groups have challenged coronavirus restrictions impacting worship services. While early in the pandemic the court sided with state officials over the objection of religious groups, that changed following the death of liberal Justice Ruth Bader Ginsburg last September and her replacement by conservative Justice Amy Coney Barrett.

In November, the high court barred New York from enforcing certain limits on attendance at churches and synagogues in areas designated as hard hit by the virus. And in February, the high court told California that it can't bar indoor church services because of the coronavirus pandemic, though it let stand for now a ban on singing and chanting indoors.