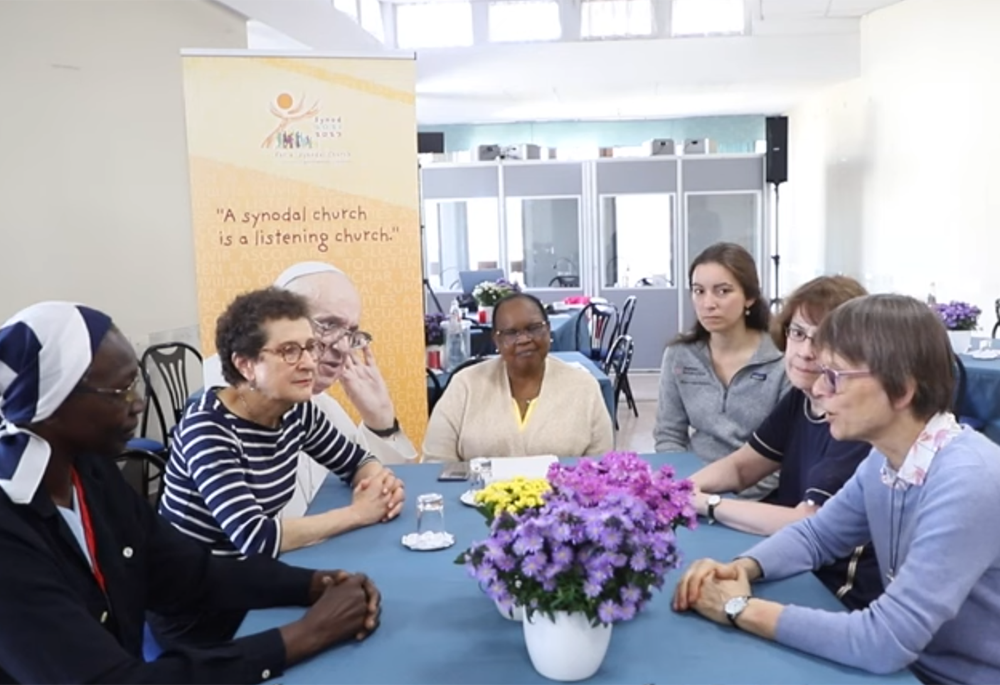 During spring of 1965, several dozen bishops and theologians spent six days in a religious house 20 miles southeast of Rome hammering out a draft of what would eventually become Ad Gentes, the Second Vatican Council's decree on missionary work and evangelization.

The gathering included theological notables such as Archbishop Fulton Sheen, Dominican Fr. Yves Congar and then-Fr. Joseph Ratzinger. The future Pope Benedict XVI later recalled those days spent on Lake Nemi as one of his "fondest" memories from Vatican II.

Less than 10 miles away from where they gathered is the small town of Frascati, where nearly 60 years later — and in a similar fashion — some 30 theologians, pastoral workers and bishops have been gathering for the past week.

From Sept. 22-Oct. 2, the group has hunkered down on the grounds of another retreat center to draft the working document of the continental phase of Pope Francis' revamped global synod process, which is taking the synodal process that Pope Paul VI created at the end of the Council and attempting to expand participation beyond the clergy, in order to listen to all of the church's members.

"There is a tremendous sense of common purpose among us," said Susan Pascoe, who has held a number of senior roles in both the Australian government and church. "Each of us feels an enormous responsibility to faithfully draw out what the people of God submitted."

Pascoe spoke with NCR via phone from Frascati, where she described how representatives from six continents have worked to "authentically" synthesize the reports of 112 participating episcopal conferences from around the world to produce a new document that will guide the synod's next phase, which will take place through continental ecclesial assemblies in early 2023 ahead of a Rome meeting in October 2023. 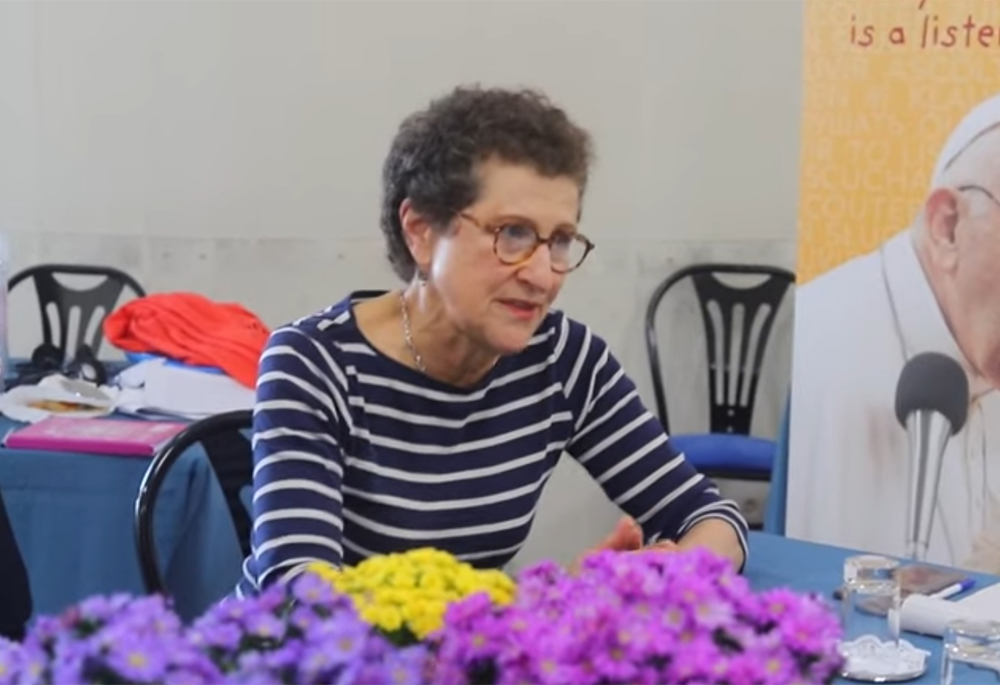 Prior to the Frascati meeting, said Pascoe, each participant was given the synod reports from approximately 10-15 countries and encouraged to read them at least three times and then offer a country-by-country analysis and then, eventually, a synthesis of the themes that emerged.

"It really is kind of a census of the church in the world," said Pascoe.

Upon arrival in Frascati, the participants had different rounds of conversations in different small group configurations, based separately on continent of origin, ecclesial status (laity, religious or clergy), and gender.

According to Pascoe, this "slicing and dicing" created a rigorous process that allowed a series of small groups to carefully study the submissions and then present them to the full body of drafters.

Austen Ivereigh, who is among the drafters and is an organizer of "The Road to a Synodal Church" project in England, said the idea "is to keep giving you different perspectives on the same material."

He told NCR that the process reflected the global realities of the synodal process, where voices from Africa, Asia and Latin America are "just as strong" as testimonials being brought forward from Europe and North America.

"These are voices that are all equally being heard," he said.

Ivereigh, who also co-authored the 2020 volume Let Us Dream: The Path to a Better Future with Francis, described another component of the report review phase — an "empty chair exercise" — which asked, "What voices are we missing here?"

"The assumption is everybody needs to be heard and listened to, and we need a church in which it is possible to do that," he said, including the "minority voices or edgier voices … not just for the purpose of this exercise, but modeling a way of proceeding for the church of the future."

During the summit, Ivereigh said each day begins with a prayer service organized on rotation by members of different continents, followed by small group meetings and then plenary sessions, with an evening Mass before dinner.

On the opening night, Pascoe recalled, all the participants were asked to bring a symbol of what synodality means to them and place it at the altar.

She brought a copy of the "Uluru Statement from the Heart," a document drafted by Australian Aboriginal leaders in 2017, which sought to give greater voice and rights to the country's Indigenous population.

"We invite you to walk with us in a movement of the Australian people for a better future," the document states.

Asked Pascoe: "What better example of synodality is there than that?"

'The assumption is everybody needs to be heard and listened to, and we need a church in which it is possible to do that.'
—Austen Ivereigh

Both she and Ivereigh characterized the schedule as demanding, but also said the morning and afternoon tea breaks, an occasional gelato outing into town, and a side trip to visit the former papal palace in Castel Gandolfo provided a sense of fellowship that fueled their efforts.

"There's an enormous sense of common purpose," said Pascoe, who said that the group has been "drawing on a bond of trust" as it aims to complete the draft document.

While the drafters have been asked not to discuss the content of the forthcoming document, Mauricio López, who is the coordinator for the Conference of Latin American Bishops' Center for Networking and Action, told NCR that in synthesizing reports from around the globe "there is a very clear consistency in the recognition that this is a time for change."

López, who was one of the organizers of the 2019 Synod of Bishops for the Pan-Amazon region, said that among the consistent concerns that have emerged in the reports are calls for greater attention to social justice and environmental justice, care for the suffering and the poor, the need for greater concern for the church in conflict areas and the role of women in the church.

In all of these findings, he said, there is evidence that it is time for "a different kind of leadership."

"Service has to be at the center of what it means to be the Catholic Church today," he said. "Otherwise, clericalism arises very strong, and the abuse of power, sexual abuse and authoritarianism emerges, because we lose sight of our actual core call, which is to serve."

Pascoe said that over the course of their work together, some participants have described their undertaking as a "gift" while others have talked about it being a "responsibility."

In the end, she said the consensus has emerged that it is both.

Ivereigh noted that the job of the synthesizers in Frascati is not to provide commentary on the reports and not to formulate theology from them, but rather to "re-present it."

The final document for the continental phase of the synod is expected to be released in mid-October. Ivereigh said that it will not seek to resolve the various tensions of church life, but rather to contain them so that the report becomes a "vehicle for discernment."

"To me, the most sort of moving thing about this is, I think we do all feel that something very important is being born here," said Ivereigh. "It's a new way of thinking about the church and the way it operates."

"We know that we're treading on sacred ground," he added, "because these reports really do seek to capture the deepest dreams and desires of the people of God."

This story appears in the Synod on Synodality feature series. View the full series.
A version of this story appeared in the Oct 14-27, 2022 print issue under the headline: 'A tremendous sense of purpose'.