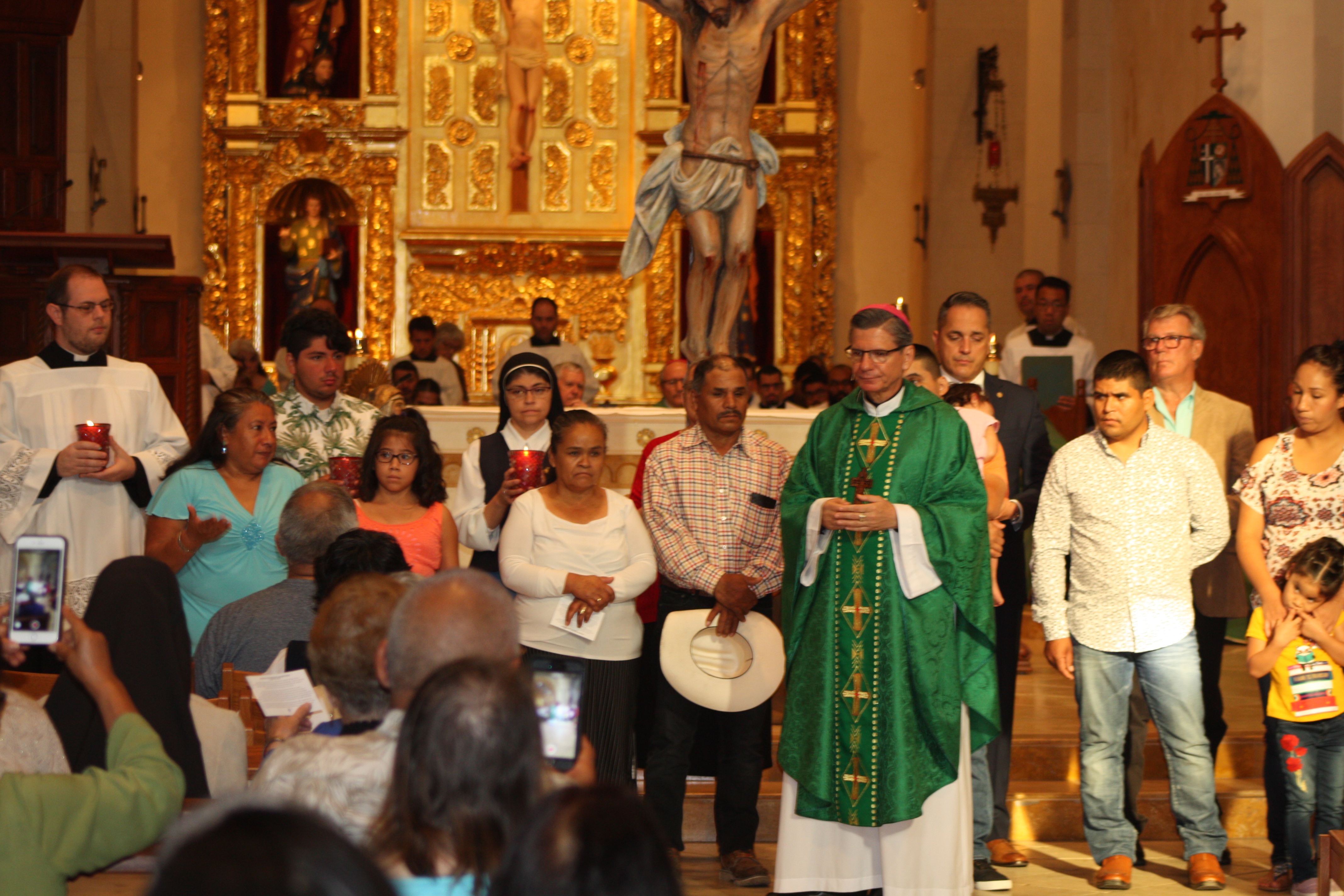 The Catholic bishops of Texas have questioned why federal immigration agents detained a 10-year-old girl -- in the United States since she was baby -- who has cerebral palsy.

Rosa Maria Hernandez, who is in the country without documents, was en route to a hospital for emergency gall bladder surgery in Corpus Christi when federal agents first detained and held her Oct. 10. After the surgery, the girl was taken once more from her family and put into a juvenile detention center in San Antonio.

On Oct. 26, Rosa Maria was placed into the custody of the federal Office of Refugees and Resettlement.

"I am saddened and appalled that Border Patrol agents are stopping ambulances from transporting children to hospitals," said a statement by Bishop James Tamayo of Laredo issued Oct. 27 in Austin by the Texas Catholic Conference of Bishops.

"This action is not humane," Tamayo said. "It also shows why people are afraid of law enforcement agents and why we need greater protection for locales identified by ICE (Immigration and Customs Enforcement) as 'sensitive locations,' such as schools, places of worship and hospitals."

"Fear is the overarching emotion encompassing this tragic situation," said a statement by Archbishop Gustavo Garcia-Siller of San Antonio. "(It is) obviously the fear and bewilderment being felt at this time by Rosa Maria and her family, but also the fear that must be felt by some who view an ill 10-year-old as a type of threat to the security and safety of our country."

Garcia-Siller added he has been in contact with federal authorities and hopes to meet with Rosa Maria and her family as soon as possible.

The Texas Catholic Conference of Bishops, the public policy arm of the state's bishops, said federal agents seemed to disregard their own policy in the matter.

The conference cited an August 2016 memo from U.S. Customs and Border Protection, which includes the U.S. Border Patrol, that says in part: "The policies provide that enforcement actions at or focused on sensitive locations such as schools, places of worship and hospitals should generally be avoided, and that such actions may only take place when (a) prior approval is obtained from an appropriate supervisory official, or (b) there are exigent circumstances necessitating immediate action without supervisor approval."

Enforcement of immigration laws "should provide punishments which are proportional to an offense," the Catholic conference statement said. "This case further highlights the urgency of comprehensive immigration reform, which the bishops have consistently supported."