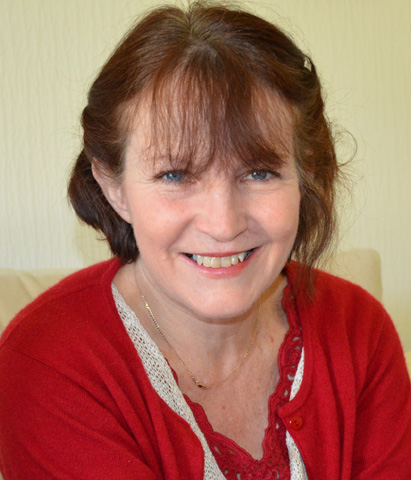 Almost 100 faculty members at the University of San Diego have declared a loss of confidence in their president's leadership, saying her cancellation of a British theologian's visiting fellowship and her response to criticism of the move have shown her to be "ethically bankrupt."

The vote of no confidence by the faculty of the College of Arts and Sciences, one of seven colleges at the Catholic university, is the latest response to president Mary Lyons' rescission of a fellowship for Tina Beattie, a theologian known for her work in contemporary ethical issues.

Beattie had been scheduled to begin a fellowship at the university's Frances G. Harpst Center for Catholic Thought and Culture on Nov. 6. Lyons, who says the theologian publicly dissented from church teaching by suggesting Catholics could support civil same-sex marriage, canceled the appointment in an Oct. 27 letter.

"The president has shown herself to be ethically bankrupt, for which reason the motion is placed that this body declare a loss of confidence in her leadership," read the motion approved in a meeting Tuesday of the academic assembly of the university's College of Arts and Sciences .

Carlton Floyd, chair of the assembly's executive committee, told NCR that while the vote was "largely symbolic," "it is hugely important as a symbolic gesture."

"It lets the world know ... that faculty here do in fact support and believe strongly in academic freedom, believe strongly and support the leadership of its directors ... and that the reasons and explanations that have come to us [for the cancellation], we consider largely invalid," said Floyd, an associate professor of English at the university.

Calls to university representatives for comment were not returned Tuesday afternoon.

The faculty's action follows wide criticism of Lyons' cancellation of Beattie's fellowship from prominent academics in both the U.S. and the U.K.

The 47,000-member American Association of University Professors, which rates universities on their protection of academic freedom, said in a letter Nov. 5 that the situation raises "serious issues."

Lyons' cancellation came after an influential university alumnus and a conservative watchdog group backed by a high-ranking Vatican official protested the appointment to the university's board of trustees.

At a similar assembly Nov. 6, the San Diego University faculty had asked Lyons to reinstate Beattie's appointment or face the vote of no confidence.

Lyons responded to the Nov. 6 vote hours before Tuesday's faculty assembly. In a letter to Floyd on Tuesday morning, Lyons wrote she would allow Beattie to speak at the university, so long as the theologian was not given an "honorary affiliation" with the institution, a reference to Beattie's expected title of "visiting fellow" of the Harpst Center.

In the letter, Lyons wrote that she recognized that her decision to disinvite Beattie left "many very thoughtful and serious academics, students and others -- including theologians -- both on our campus and beyond questioning our university's commitment to Academic Freedom."

"In response to the Assembly's request [of Nov. 6], I am endorsing that Dr. Beattie be invited by the [Harpst Center] to speak at USD, as early as the Spring semester, without conferring upon her an honorary affiliation with the University," Lyons continued.

Gerard Mannion, the director of the university's Harpst Center, told NCR Tuesday the general feeling of the faculty was that Lyons' response was "too little, too late."

"People just felt that it didn't change anything," Mannion said. "It didn't apologize, as the assembly had asked. It didn't right any of the wrongs. They just felt it was compounding the wrongs that had been committed.

Floyd said that Lyons' Nov. 13 letter indicates "she believes herself to have the right to veto or approve visiting scholar appointments, which is itself a violation of academic freedom."

Beattie, a professor of Catholic studies at London's University of Roehampton, said she would have to consider before accepting a new invitation to speak at USD.

"The only thing that would make me feel inclined to accept it is I feel an enormous debt of gratitude to faculty and students at USD," said Beattie, who also serves on the board of directors of the British Catholic weekly The Tablet and is a theological adviser to the Catholic Agency For Overseas Development, the Catholic aid agency for England and Wales.

While Beattie said she was "amazed" at the response she had seen in her case from others worried about academic freedom and freedom of conscience, she also said her experience has made her believe there are "real problems" with U.S. Catholicism.

"One thing I think that your bishops there need to be aware of, and your funders, is that from this side of the pond, why on earth would any British intellectual want to go through this?" she asked.

"I can't see why anyone in my position would subject themselves to this in order to speak in America. Part of me thinks that you have a real problem with the politics of American Catholicism at the moment. And it's really a disincentive to people wanting to get involved."

The University of San Diego's College of Arts and Sciences lists about 212 faculty members.

Academic assembly meetings, which normally occur once a month during the academic year, are open to all tenure and tenure-track faculty in the college.

In a Nov. 5 statement to NCR, Lyons said Beattie's signature on an August letter in The Times of London -- one of 27 -- that said it would be "perfectly proper" for Catholics to support civil marriage for same-sex couples was the primary reason for her cancellation of the theologian's fellowship.

Among other theologians who have publicly questioned Lyons' move are Eamon Duffy, a professor of Christian history at the University of Cambridge and a former member of the Pontifical Committee for Historical Sciences, and Paul D. Murray, the president of the Catholic Theological Association of Great Britain and a consultor to the Vatican's Pontifical Council for Justice and Peace.