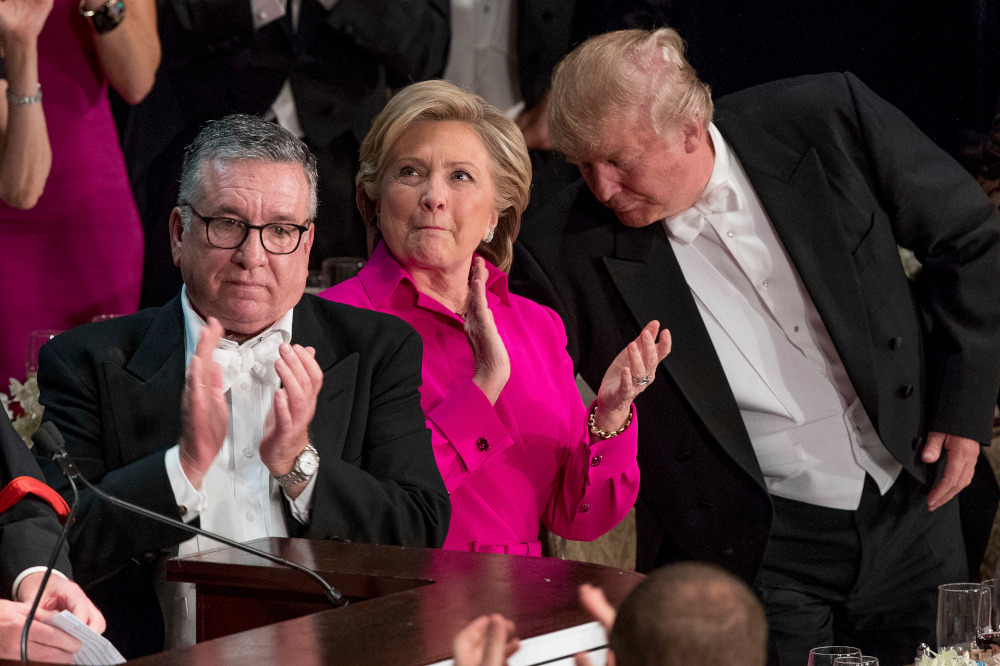 Trump has accepted an invitation to return to the dinner for the first time in four years. Organizers said they anticipate his Democratic rival, Joe Biden, will attend as well.

But Biden's campaign hasn't confirmed he will attend the event.

The white-tie Al Smith Dinner, which raises funds for Catholic Charities, is usually held at a Manhattan hotel on the third Thursday in October. A scaled down, in-person event for 50 people at a public garden in the Bronx was scrapped after state officials raised virus safety concerns.

This year's virtual dinner will originate from multiple locations, with Cardinal Timothy Dolan presiding from the Sheen Center for Thought & Culture in Manhattan and opera singer Nadine Sierra performing the National Anthem from St. Patrick's Cathedral.

The event is named for former New York Gov. Alfred E. Smith, a Democrat and the first Roman Catholic to be nominated for president by a major party in 1928. He was handily defeated by Herbert Hoover.

John F. Kennedy was the first Roman Catholic elected president when he defeated Richard Nixon in 1960. Biden would be the second if he defeats Trump.

Organizers say this year's Al Smith Dinner will be dedicated to essential workers who helped save lives and keep the city running during the worst of the pandemic. Typically, when then event is held in an election year, it's meant to promote collegiality and good humor among political rivals, organizers said.

Trump last attended the dinner in 2016, when he drew jeers for attacking Democratic opponent Hillary Clinton as "corrupt" and accusing her of "pretending not to hate Catholics." At that event, Trump and Clinton were seated in the same row, with just Dolan between them.

"I'm honored to be considered that by Donald Trump because he also called Meryl Streep an overrated actress," Mattis said. "So I guess I'm the Meryl Streep of generals, and frankly that sounds pretty good to me."