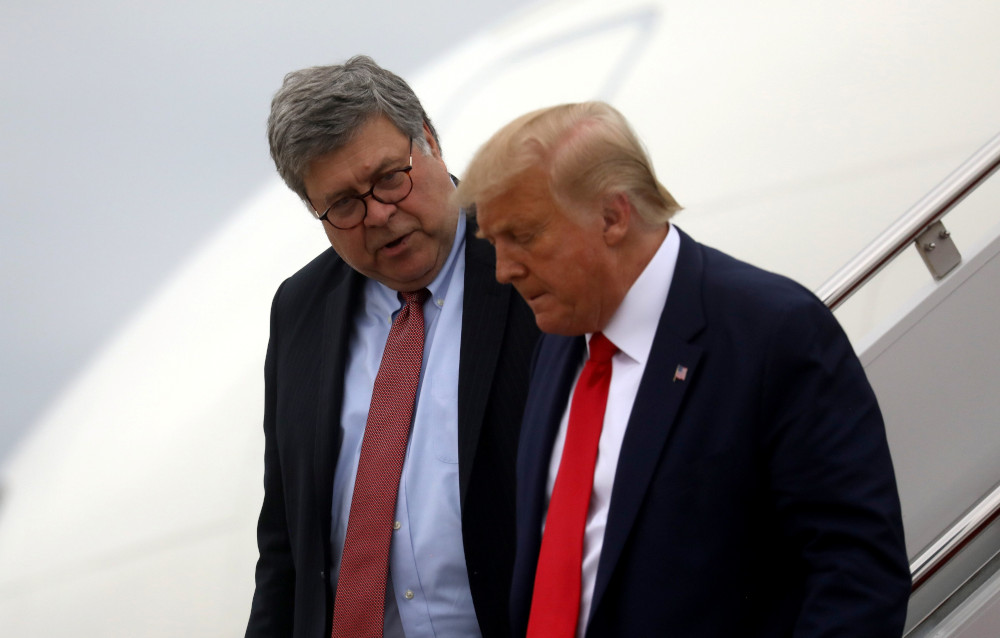 The Association of U.S. Catholic Priests and the Catholic Mobilizing Network said they strongly object to an award the National Catholic Prayer Breakfast organizers plan to present to U.S. Attorney General William Barr during the annual breakfast, which is to be livestreamed Sept. 23 from Washington.

In separate statements, the organizations said Barr, a Catholic, should not be honored because as attorney general, he directed the federal government in July 2019 to resume the execution of prisoners on federal death row.

Barr is scheduled to receive the Christifideles Laici award, which is named for St. John Paul II's post-synodal exhortation. The award is given "in honor and gratitude for fidelity to the church, exemplary selfless and steadfast service in the Lord's vineyard."

It was instituted last year to help highlight good works and "those who serve the church so well." The first recipient was Gerry Giblin, a Knight of Malta and a National Catholic Prayer Breakfast board member.

The priests' association called the decision to choose Barr for the 2020 honor "shocking, incomprehensible and scandalous."

"We consider Mr. Barr's recent decisions and actions to be abhorrent in the context of Catholic faith," the organization said in a Sept. 9 statement. "We consider especially scandalous his decision to begin again federal executions after 17 years of [a] moratorium."

"Executions are clearly not pro-life. Pope St. John Paul II judged such actions as 'unnecessary,'" the statement said. "Pope Francis defined them as 'inadmissible.' That position of the magisterium is now affirmed in the Catechism of the Catholic Church."

The Catholic Mobilizing Network, which works to end use of the death penalty and promotes criminal justice reform and restorative justice, has relaunched its petition against federal executions because Barr is being honored "despite promoting actions contrary to Catholic teaching."

"It is our hope to make clear that A.G. Barr's lead role in reinstating the practice of federal executions should preclude him from receiving any award which aims to honor 'those who serve the church so well,'" the network said. "We are also urging A.G. Barr to reverse course on federal executions, two of which are scheduled to take place in the days immediately before and after the breakfast."

The Justice Department announced July 31 two executions at the U.S. prison in Terre Haute, Indiana, would take place in September: William LeCroy, convicted of killing 30-year-old nurse Joann Tiesler in Georgia in 2001, is to be executed Sept. 22; and Christopher Vialva, found guilty of murdering youth ministers Todd and Stacie Bagley in Texas in 1999, is to be executed Sept. 24.

The Catholic Mobilizing Network posted its petition on its website. 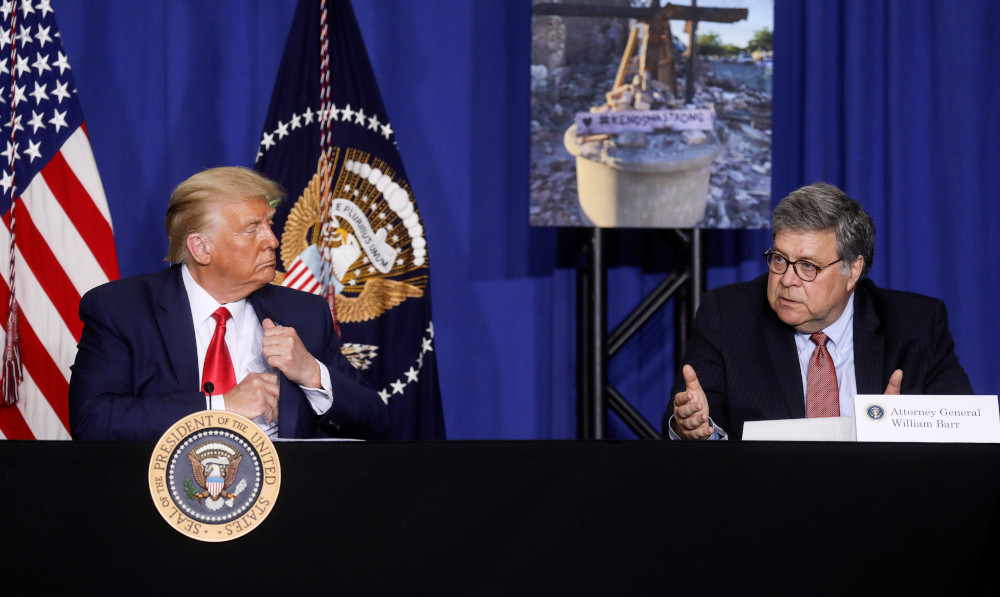 In an email sent early Sept. 15 to Catholic News Service, a spokeswoman for the National Catholic Prayer Breakfast said the organization's officials declined to comment.

The Association of U.S. Catholic Priests also asked "any bishop who may have been involved in the choice of Mr. Barr to receive the NCPB Catholic award to reverse this regrettable choice and/or to remove themselves from NCPB." The group said Auxiliary Bishop Robert E. Barron of Los Angeles "is scheduled to confer the award virtually" and asked him "to withdraw from that role."

But a spokesman for Barron's Word on Fire Catholic Ministries told CNS Sept. 14 the bishop "is simply an invited speaker at the upcoming National Catholic Prayer Breakfast event."

"The bishop is not on the committee for the organization and he has not appointed any other attendees. Assertions stating that he is participating in any other capacity besides addressing the attendees are incorrect," the spokesman said.

"Bishop Barron has a track record — and the responsibility — of communicating the importance of assenting to the entirety of church teaching: from the documents of Vatican II and the catechism, to Christ’s mandate of the Great Commission," spokesman Will Sipling said. "Therefore, Bishop Barron remains faithful to the church’s teachings and to his call to preach when prudent opportunities arise."

The priests' association also said Barr "showed disrespect for sacred space" when he was "party to a recent show of force" to enable President Donald Trump to walk over to St. John's Episcopal Church near Lafayette Square to hold up a Bible in front of the church, which was boarded up after protesters set fire to it.

When Barr reinstated the federal death penalty July 25, 2019, for five death-row inmates convicted of murdering children, he said in a statement: "Under administrations of both parties, the Department of Justice has sought the death penalty against the worst criminals, including these five murderers, each of whom was convicted by a jury of his peers after a full and fair proceeding.

"The Justice Department upholds the rule of law — and we owe it to the victims and their families to carry forward the sentence imposed by our justice system."