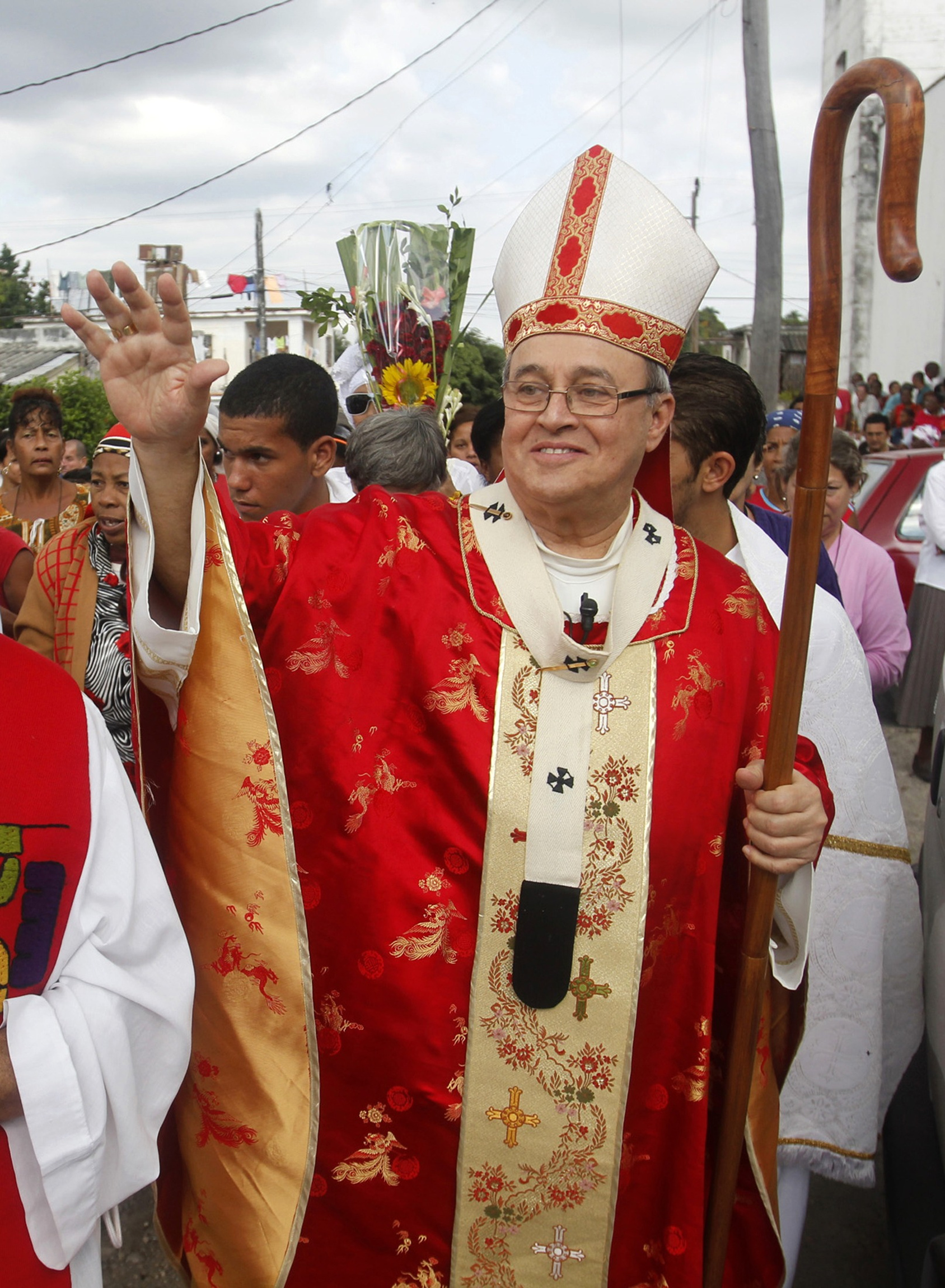 It was one of many tributes and memories honoring the retired archbishop of Havana, who was remembered inside and outside of Cuba, after his death was announced in a letter posted on Facebook by his archdiocese early July 26. He had been diagnosed with terminal cancer and his death at age 82 was not unexpected as many visitors, including various U.S. bishops, visited and prayed by his bedside during his last days.

In fact on July 20, Archbishop Thomas Wenski of Miami, a frequent visitor to the island, tweeted a photo of himself concelebrating Mass at the cardinal's bedside with Havana Archbishop Juan Garcia Rodriguez.

When his death was announced, Wenski in a statement posted on the Archdiocese of Miami's website said the cardinal "was an important, and at the same time, controversial man of the church, who played a critical role in gaining 'more spaces' so that the Catholic Church in Cuba could exercise her mission of evangelization within a Marxist nation. He was key to receiving the visit of three popes and negotiating the freedom of political prisoners. May he rest in peace."

Via Twitter, he called the late prelate "a dedicated man of the church and an exemplary Cuban."

Some Cubans in exile vilified Ortega over the years, and even via social media as the news of his death spread, saying he didn't do enough to denounce the island's government. They singled out the date of his death -- when Cuba marks an important rebellion that led to the overthrow of its previous government -- as proof, to them, that he was favorable to the government.

But the cardinal for decades walked a tightrope with Communist government officials who had persecuted the Catholic Church, as well as other Christians, in Cuba after taking control of the island in 1959. Ortega eventually was able to gain concessions that allowed for the restoration of some church buildings that had fallen into disrepair as well as the reopening of some houses of worship that the government had closed or confiscated.

Under Ortega, the Cuban government allowed the construction of a new Catholic church, which opened earlier this year, the first one allowed to be erected on the island since 1959. He also famously carried letters to the presidents of the U.S. and of Cuba that eventually led to a thawing of political tensions between the two countries and allowed for more contact with the United States.

On Twitter, Puerto Rico's Archbishop Roberto Gonzalez Nieves of San Juan said that even though the cardinal was "misunderstood" by Cubans in exile, "he was much loved by the faithful Catholics in Cuba. May his noble soul rest in peace."

On the video posted on Facebook, the youth ministry thanked him for his great love of the Cuban people and for his efforts.

"We pray for you, who is with us in the hearts of those who know how to value what you have done," they wrote.

By the afternoon of July 26, the youth ministry livestreamed via Facebook the first of several Masses for the cardinal, who was lying in repose at the Havana cathedral, a place where he celebrated many Masses. His funeral is expected to take place July 28.