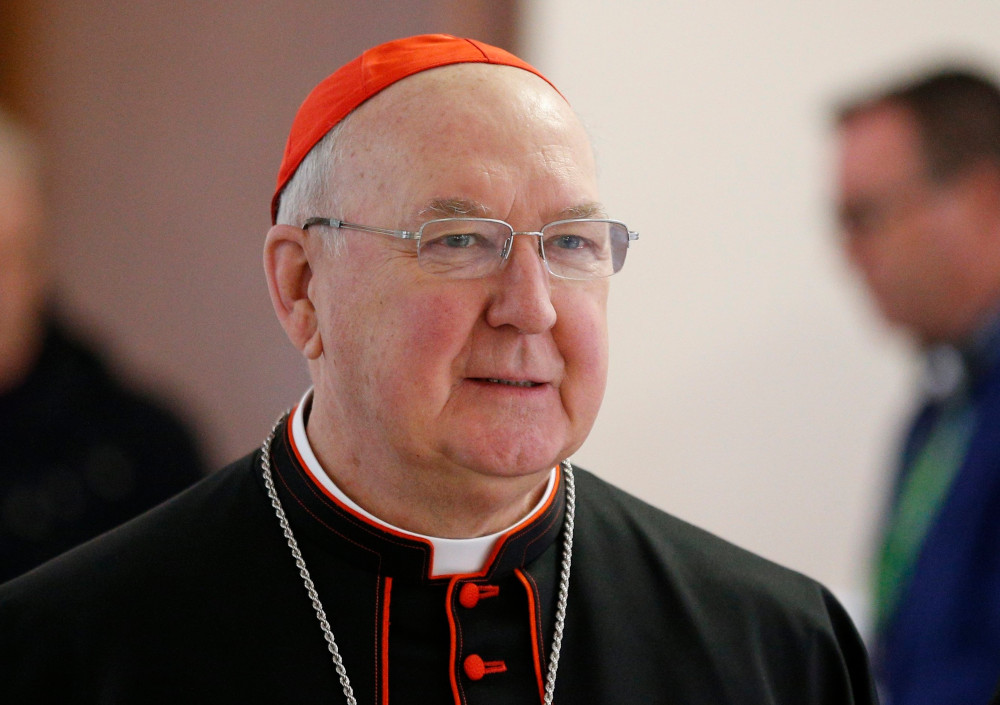 U.S. Cardinal Kevin Farrell, prefect of the Dicastery for Laity, the Family and Life, is pictured in Rome in this March 19, 2018, file photo. (CNS/Paul Haring)

In an ongoing effort to promote Catholic lay movements and associations and protect their members from possible abuse by the groups' leaders, the Dicastery for Laity, the Family and Life has imposed term limits on leadership and ordered the groups to ensure all members have a voice in choosing their leaders.

"Not infrequently, for those called to govern, the absence of limits in terms of office favors forms of appropriation of the charism, personalization, centralization and expressions of self-referentiality, which can easily cause serious violations of personal dignity and freedom, and even real abuses," said the dicastery's explanatory note, which was published June 11 along with the new norms.

Under the new norms, those who hold offices in the central leadership of international Catholic lay movements and associations may serve a maximum of two five-year terms.

The dicastery will consider granting an exemption for the founder of a movement or an association to lead a group longer "if a dispensation corresponds to the clear will of the central governing body," but it is not automatic, the note said.

The norms take effect in September and were approved by Pope Francis, said Cardinal Kevin Farrell, prefect of the dicastery.

Groups with constitutions envisioning longer term limits or no term limits at all must update their rules and, if current leaders have already exceeded a five-year term, new elections must be held within two years, according to the norms.

Already in 2019, the dicastery was discussing the need for term limits as it met with the movements and associations to ensure they had policies and procedures in place for handling cases of sexual abuse and abuse of authority and conscience.

Catholic tradition shows a strong preference for term limits on community leadership — in most religious orders, a superior serves for six years and can be reelected only once — and explicit systems of "checks and balances" on the superior's power, Jesuit Fr. Hans Zollner, a child protection expert, told Catholic News Service in early 2020.

Several communities that have been disbanded or placed under a Vatican controlled reform process declare themselves to be "heralds of tradition," but in fact ignore forms of governance and rules for community life developed in Catholic religious orders over the course of centuries, Zollner said.

The new rules cover 109 "international associations of the faithful and other ecclesial realities formally recognized or erected" by the Dicastery for Laity, the Family and Life. They include very large international groups such as Neocatechumenal Way, the Focolare movement and Communion and Liberation, but also smaller groups belonging to the Catholic charismatic renewal movement.

Jesuit Fr. Ulrich Rhode, dean of canon law at Rome's Pontifical Gregorian University, said that among other arguments for term limits and wider membership participation there are "the negative experiences that have been verified in the case of associations that kept people in governing roles for a long time or in the case of associations that did not effectively involve all members in choosing who governs the association."

Writing in L'Osservatore Romano, the Vatican newspaper, June 11, Rhode said that while the new norms apply only to international associations of the faithful, diocesan and national associations should consider adopting similar term limits and ensure all members have a voice in choosing their leaders.