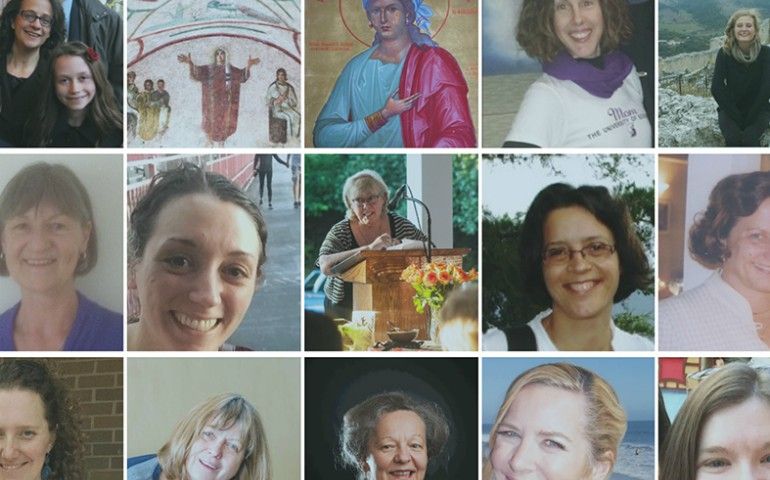 DeaconChat highlights women who have "considered a call to the diaconate to share that discernment with the wider church." (Screenshot from Catholicwomendeacons.org)

Vatican City — Several progressive Catholic groups are launching an initiative aimed at giving lay Catholics and clergy across the U.S. a direct say on whether the church should ordain women deacons.

Their actions follow the appointment of a panel of experts set up by Pope Francis to consider the controversial question.

The Association of U.S. Catholic Priests, FutureChurch and Voice of the Faithful have launched DeaconChat in a bid to promote education and dialogue on the topic.

"Pope Francis wants to hear the voice of the faithful," the Rev. Bob Bonnot, head of U.S. priest group, told RNS.  "The church is not a clerical monopoly."

Deacons are one of the three "orders" of ordained ministry in the church, after bishops and priests, and can fulfill some but not all of the duties of priests, including preaching, conducting baptisms and serving Holy Communion.

"Women convinced of a call to ordained service as deacons, supported by many men, including our priest members, deserve to be heard," said Bonnot.

Last year, the pope met with the International Union of Superiors General, an organization composed of leaders of the church's women religious, and later appointed members to the panel.

Bonnot said Francis is giving the issue a serious hearing.

"He has asserted often that we must find ways to enable more women to play servant-leadership roles in the church. This is one possibility that could touch the church from the Vatican to grass-roots parish ministry."

Francis has previously ruled out the ordination of women as priests, saying "that door is closed" in July 2013.

But if the pope endorses women deacons, Bonnot said, more education and dialogue will be needed within the church.

"If this step is taken, people must understand where the idea of women deacons comes from in the church's tradition and why it is a well-grounded way to strengthen pastoral care," he said.

Donna B. Doucette, executive director of Voice of the Faithful, said the initiative was "designed to foster educational efforts to enrich dialogue."

Voice of the Faithful is a lay organization established in Massachusetts in 2002 as a response to the sexual abuse crisis in the Catholic Church and now has more than 30,000 members around the world.

"The program has three important components: learning, sharing and connecting," she said.

FutureChurch supports a greater role for women in church leadership amid concerns about the declining number of priests.

"We hope Catholics in the United States and around the world will be inspired to start a conversation in their parish," said Deborah Rose-Milavec, executive director of FutureChurch.

Stop shaming women for seeking equal power in the church