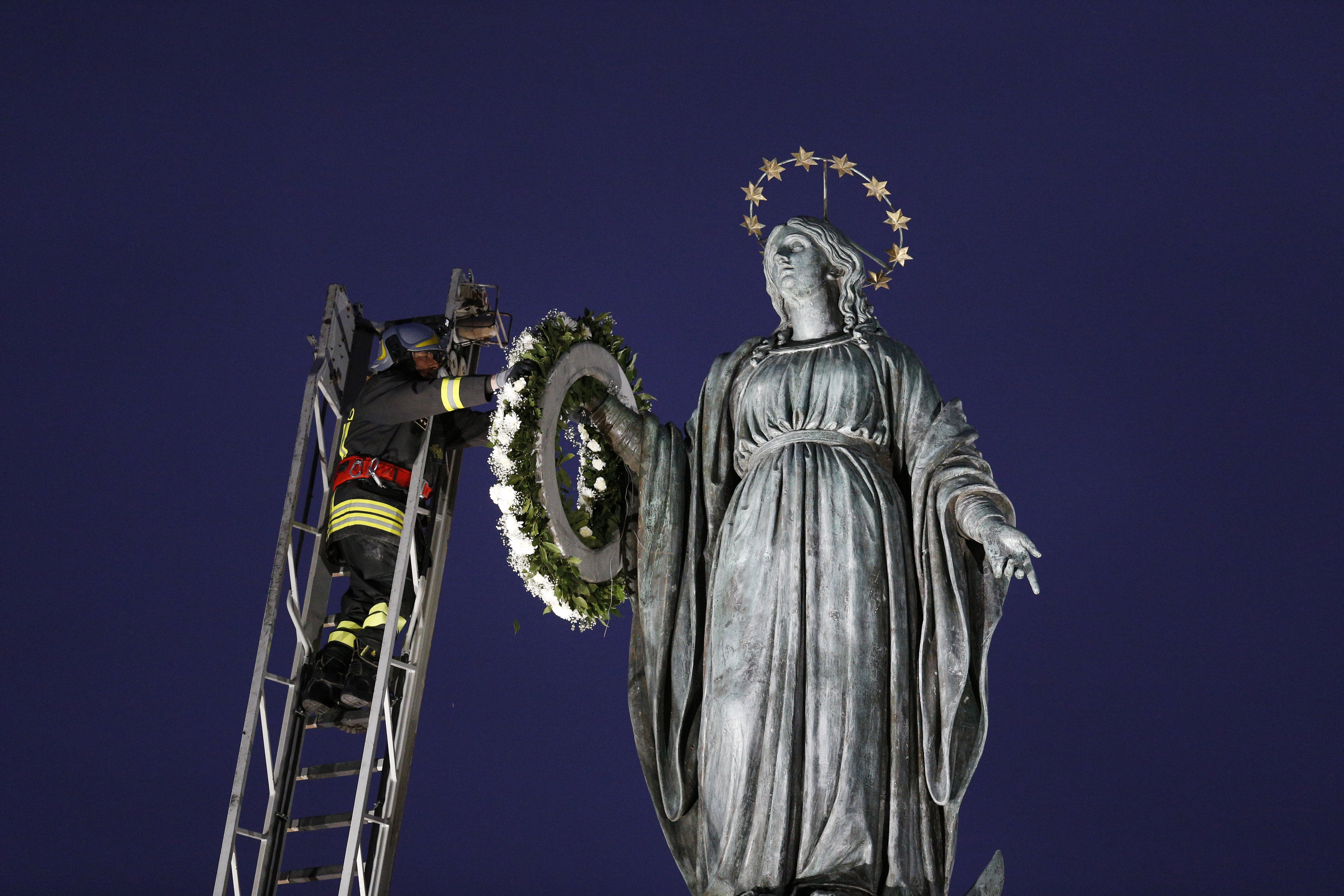 ROME — For two years running, the Vatican has canceled Pope Francis' public ceremony in Rome's Piazza di Spagna to mark the Feast of the Immaculate Conception in order to avoid crowds during the COVID-19 pandemic. And for two years in a row, Francis has still shown up.

On Dec. 8, Francis arrived just before 6:15 a.m. in Rome's historical center, making the two-and-half-mile drive from the Vatican to the Column of the Immaculate Conception near the city's iconic Spanish Steps.

"While it was night around, the pope laid a basket of white roses at the base of the column on top of which stands the statue of Our Lady and paused in prayer," said a statement from the Holy See Press Office.

The statement said that Francis asked "for the miracle of healing, for the many sick; of healing, for the peoples who suffer severely from wars and the climate crisis; and of conversion, that she might melt the stony heart of those who build walls to remove from themselves the pain of others."

In 2020, during the height of the COVID-19 pandemic, Francis also made a surprise 7 a.m. appearance at the column, where he brought a bouquet of white roses and prayed for an end to the pandemic.

The Feast of the Immaculate Conception is a public holiday in Rome, and the pope's traditional afternoon visit to the city center normally draws large crowds.

After five minutes at the column, Francis headed to the Basilica of Santa Maria Maggiore, where he prayed before the icon of Maria Salus Populi Romani.

The icon of the "health of the Roman people" has a storied history connected to public health crises dating back to when it was carried through the streets of Rome by order of Pope Gregory I during the sixth century for prayers that the Black Plague would come to an end.

As Francis returned to the Vatican after a 45-minute outing, firefighters remained at the column.

In keeping with tradition, after a recitation of Hail Marys, a firefighter ascended to the top of the nearly 40-foot tall column and placed a wreath around the right arm of the Virgin Mary statue as cheers and applause rang out below.