'All of us are God's children,' pope says in video message to Myanmar 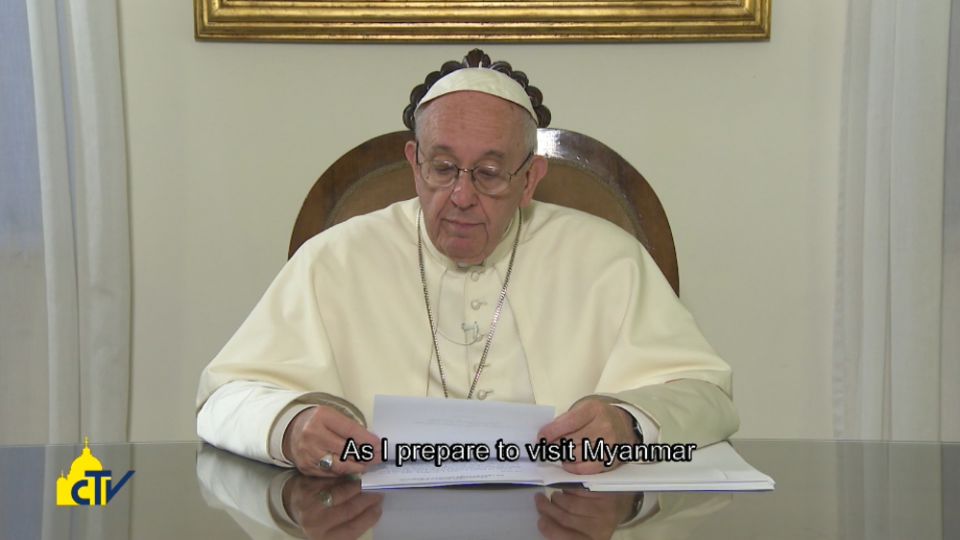 Pope Francis addresses the people of Myanmar in advance of his Nov. 27-30 visit in this image taken from a Vatican video released Nov. 17. The pope said he wants to strengthen Myanmar's Catholics in their faith and encourage all efforts "to build harmony and cooperation." (CNS/Vatican television)

Vatican City — By visiting Myanmar in late November, Pope Francis said he wants to strengthen Catholics in their commitment to faith and charity and to encourage all efforts "to build harmony and cooperation" among people of all religions.

The pope's video message to the people of Myanmar was posted Nov. 16 on the official Facebook page for the visit and was released by the Vatican the next day.

"We are living at a time when religious believers and people of goodwill everywhere sense the need to grow in mutual understanding and respect and to support each other as members of our one human family," he said, "for all of us are God's children."

About 90 percent of Myanmar's 54 million people are Buddhist. Christians and Muslims each account for about 4 percent of the population and about 1 percent is Hindu.

"I ask everyone to pray that my days among you will be a source of hope and encouragement to everyone," he said. "See you soon!"

Vatican | 'All of us are God's children,' pope says in video message to Myanmar