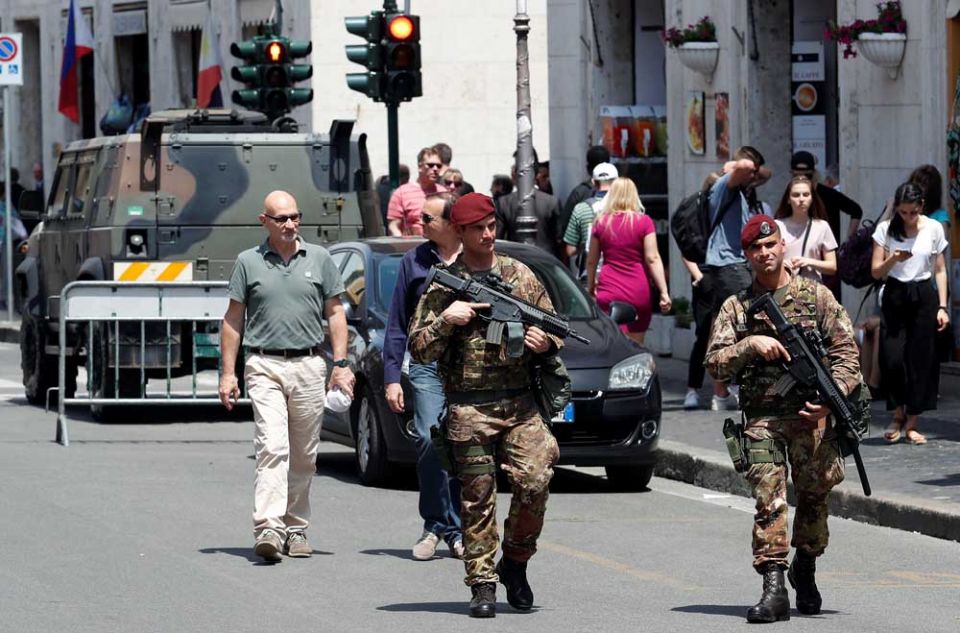 Italian Army officers patrol the area around St. Peter's Square after an alarm near the Vatican May 23, the day before U.S. President Donald Trump was to meet with Pope Francis. (CNS/Remo Casilli, Reuters)

Vatican City — Pope St. John XXIII, who dedicated the last days of his life to cry out for an end to the proliferation of nuclear weapons in the famous 1963 encyclical Pacem in Terris, has been named the patron saint of the Italian army.

The Vatican's Congregation for Divine Worship and the Disciple of the Sacraments assigned the title to the recently sainted pope in June, but it was not made known until the bull of patronage was formally delivered to the Italian army in a ceremony Sept. 12.

Born Angelo Roncalli, John served in his youth as a military chaplain. But the assigning of the title has attracted some derision in Italy, with people finding it strange that a pope known for calling for an end to the arms' race would now effectively represent the military.

"I find it odd, if not absurd, that John XXIII ... has been chosen to be patron saint of the Italian army," said Massimo Faggioli, an Italian who is a historian and theologian at Villanova University.

"It is true that [John] served in the army during WWI as a chaplain, but it is also true that St. John XXIII is remembered in the Catholic Church — and well beyond the Church — for his teachings about peace and dialogue in the global world," Faggioli said in an email.

The Papa Giovanni XXIII Foundation, based in the late pope's hometown of Bergamo, Italy, says on its website that in making the decision the Vatican congregation cited John's "zeal as a military chaplain in promoting Christian virtue among soldiers, the luminous example of his entire life, and his constant commitment to peace."

Archbishop for the Italian Military Services Santo Marcianò presented the bull of patronage Sept. 12 to Lt. Gen. Danilo Errico, chief of staff of the Italian army, at an event at the Army's headquarters in Rome. 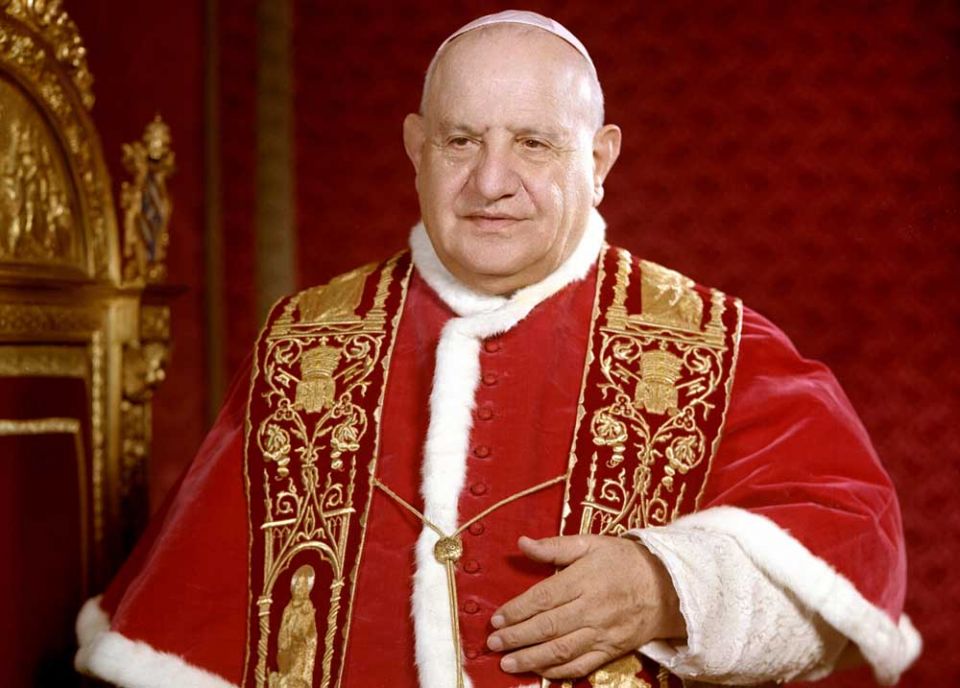 The Papa Giovanni Foundation also posted online the document from the Vatican Congregation formally assigning the patronage title to the deceased pope on its website. It is signed by both Cardinal Robert Sarah and Archbishop Arthur Roche, the prefect and secretary of the congregation, respectively.

Robert Mickens, a longtime Rome correspondent who is now the English language editor of La Croix International, said on Twitter Sept. 13 that Sarah had not informed Pope Francis or the Vatican's Secretariat of State of the decision to assign the title. 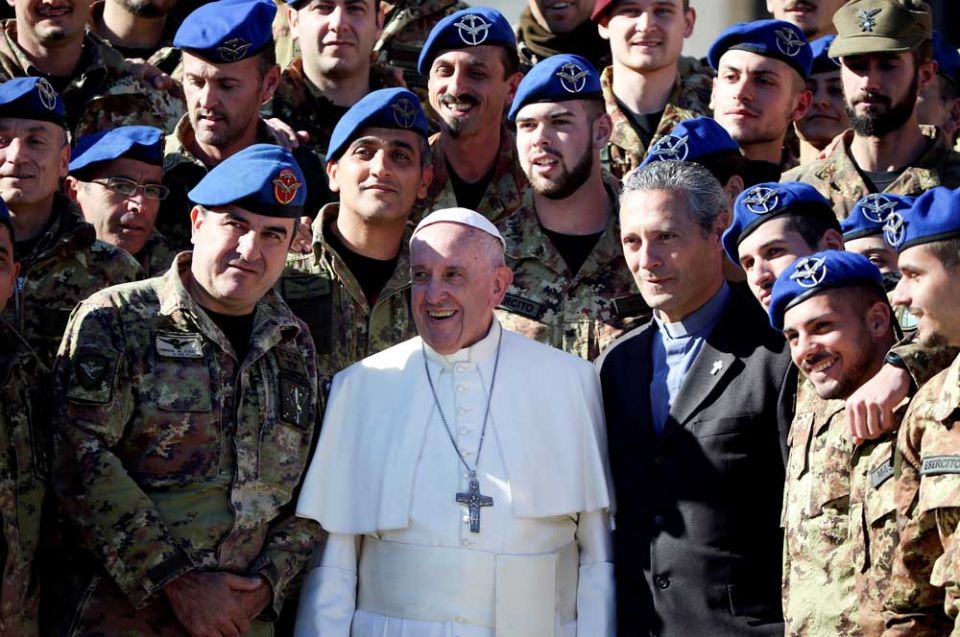 Pope Francis poses for a picture with Italian Army officers at the end of his Nov. 9, 2016, general audience in St. Peter's Square at the Vatican. (CNS/Stefano Rellandini, Reuters)

Vatican spokesman Greg Burke was asked about the assigning of the patronage title during a small briefing with journalists Sept. 13 on the recent meeting of the Council of Cardinals. Burke had no comment on that matter other than to say the worship congregation "has the faculty" to assign such titles.

Archbishop Giovanni Ricchiuti, president of Pax Christi Italy, said in a statement that it seemed "disrespectful" to give John XXIII the title.

"Pope John XXIII lives in the hearts of all people as the 'Good Pope,' the pope of peace, not of the Army," said Ricchiuti, who leads the archdiocese of Altamura-Gravina-Acquaviva delle Fonti.

John wrote Pacem in Terris at the end of 1962, following the worldwide scare provoked by the October 1962 Cuban missile crisis. He wrote the document shortly after being diagnosed with terminal stomach cancer. It was released April 11, 1963; John died June 3, 1963.

Pacem in Terris was the first encyclical addressed to "all men of good will" rather than to only Catholics. "Nuclear weapons must be banned," the heart of the document argued.

"Men nowadays are becoming more and more convinced that any disputes which may arise between nations must be resolved by negotiation and agreement, and not by recourse to arms," it stated later.

"We acknowledge that this conviction owes its origin chiefly to the terrifying destructive force of modern weapons," said the document. "It arises from fear of the ghastly and catastrophic consequences of their use. Thus, in this age which boasts of its atomic power, it no longer makes sense to maintain that war is a fit instrument with which to repair the violation of justice."

Beatifications for May, June postponed due to pandemic

As Ukraine bleeds, Pope Francis and Russian Patriarch Kirill could be negotiators