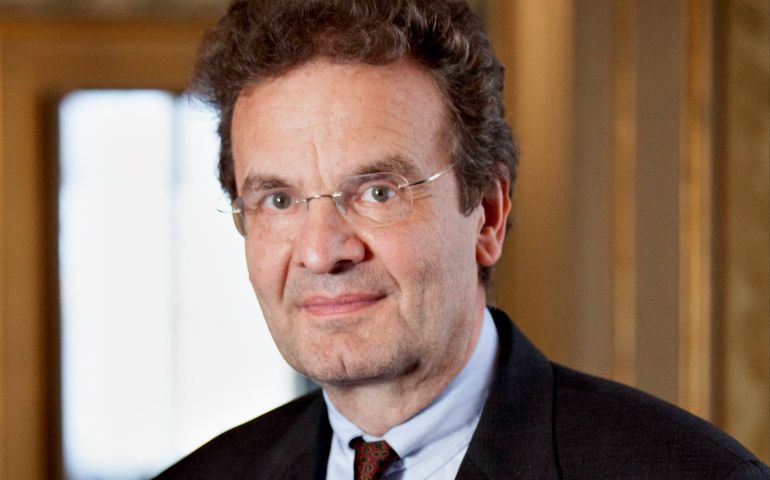 Rome — The Knights of Malta leader whose firing touched off a showdown between the order and Pope Francis says he believes the Vatican only became involved in his sacking because it learned the order's officials were describing the move as something the pontiff desired.

Albrecht von Boeselager, who was reinstated as the order's grand chancellor Jan. 28, said Thursday that the Vatican was not trying to step on the Knights' historic status as a sovereign entity but to protect the pope's name.

Von Boeselager was speaking during a press conference in Rome following two months of turmoil for the order, which centered on his firing in December by the order's former leader, Grand Master Matthew Festing.

After initially pledging noncooperation with a Vatican commission appointed by Francis to investigate the firing, Festing himself resigned as the head of the order Jan. 25, following a meeting with the pope the previous day.

The order accepted Festing's resignation during a meeting of their governing council Jan. 28, in which they also reappointed von Boeselager to his previous role.

The chancellor said Thursday that he still does not fully understand why he was originally fired.

"Part of it is the fact that there was an increasingly tension and disagreement between the elected government of the order ... and people brought in by the grand master without regard for the constitution in positions which are not constitutional," said von Boeselager, without clarifying who those unelected people were.

In their announcement of Festing's resignation, the Vatican also stated that Francis would be appointing a papal delegate to the order. Von Boeselager said the order is not clear exactly what role that delegate will have but that they have been told that person "will be [Francis'] only spokesman to the order."

Asked what that information means for U.S. Cardinal Raymond Burke, who as the order's Vatican-appointed spiritual patron would normally fulfill that role, the chancellor replied: "Please ask this question to the Holy Father."

In response to a question about how Burke differs in his role with the order from past spiritual patrons, von Boeselager replied: "I think you know Cardinal Burke. His special attention was on adherence to church teachings."

Festing first asked von Boeselager to resign following reports that under his leadership a Knights-backed charity had distributed condoms in Myanmar. According to reports, von Boeselager was asked for his resignation in a meeting that was also attended by Burke.

While the order told its members the firing was "in accordance with the wishes of the Holy See," Vatican Secretary of State Cardinal Pietro Parolin had written to Festing earlier clarifying that Francis did not want to see von Boeselager sacked.

Von Boeselager said Thursday that he refused to resign because the allegations made against him were "groundless" and "based on the assumption that the Holy See had asked for my resignation."

The person in the order responsible for overseeing its vast array of charitable works, known as its grand hospitaller, also spoke at Thursday's press conference. Dominique Prince de La Rochefoucauld-Montbel said the order maintains a decentralized structure and does not always know the exact details relating to the thousands of programs its sponsors.

De La Rochefoucauld-Montbel also said the showdown with the Vatican had been "troublesome" for some of the order's donors and caused a decrease in donations.

"People decided not to help us anymore because they thought we were fighting against the pope, which is not true," he said.

Von Boeselager said the reason for the Vatican's concerns with the order did not involve its historical status as a sovereign entity.

"The concern of the Holy Father was to reestablish this trustful relation," he said.

The Sovereign Military Order of the Knights of Malta, as it is formally known, is a lay religious order that was founded at the end of the 11th century to defend the faith and assist the poor.

Von Boeselager said Thursday he wanted now to focus on the work the order does to help refugees around the world, referring particularly to the continuing migration crisis in Europe.

The order's trouble with the Vatican "will be a marginal event in history," he said. "Please don't forget to report ... and fight the arrogant ignorance regarding these [refugee] crises and the indifference."

Pope to preside over episcopal ordination of U.S. Vatican official