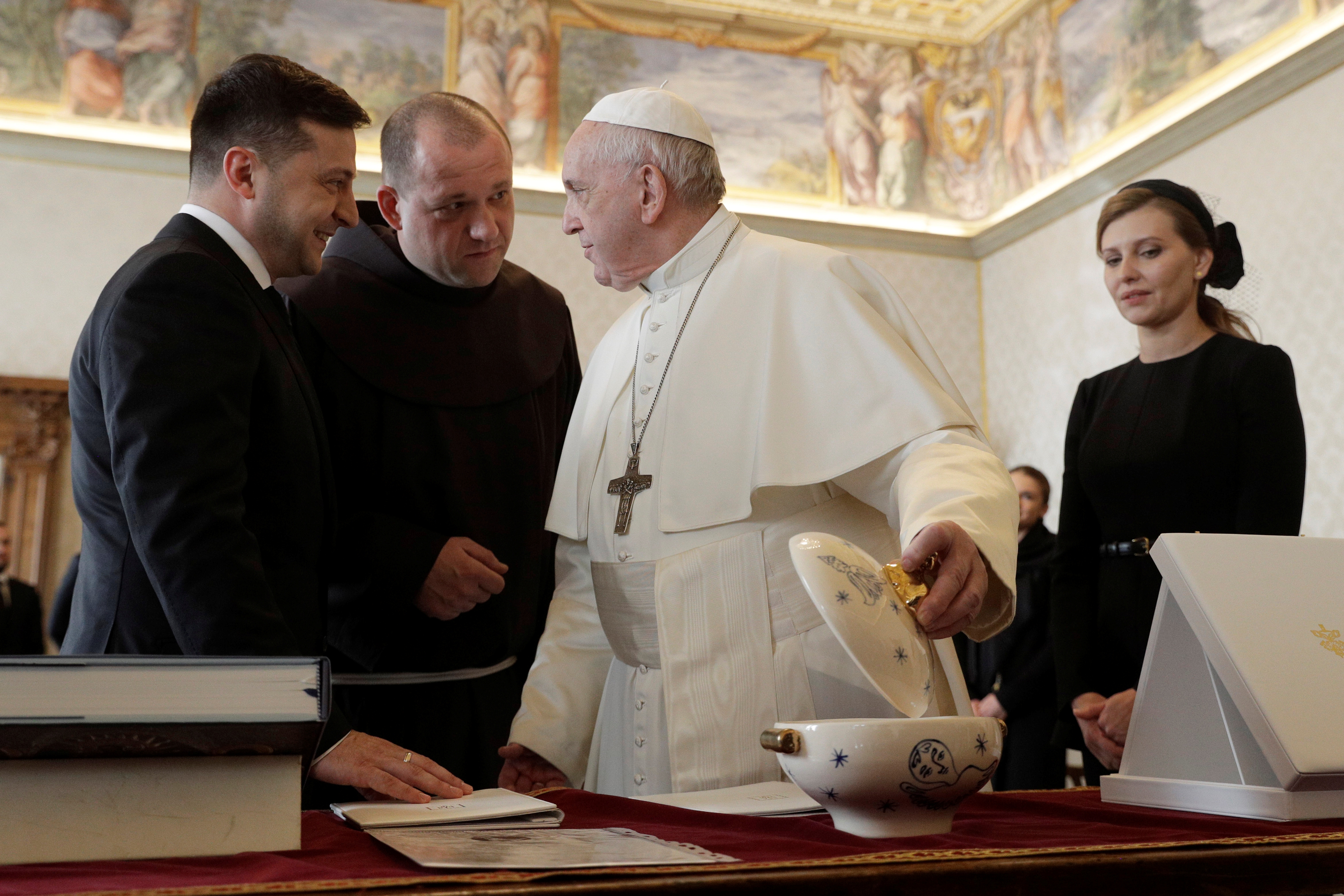 ROME — The mayor of Ukraine's capital city has appealed to Pope Francis to visit Kyiv, saying his personal presence in the city could be instrumental in securing peace amid Russia's invasion of the country.

"We believe that the world religious leaders' presence in person in Kyiv is key for saving lives and paving the path to peace in our city, country and beyond," wrote Vitali Klitschko in a letter dated March 8.

Klitschko has served as mayor of Kyiv and head of the Kyiv City State Administration since 2014.

The letter, which was shared with journalists, went on to state that if an in-person visit is not possible, the city would welcome a video conference or a broadcast. The request also noted that efforts would be made to include the participation of Ukrainian President Volodymyr Zelensky.

"We appeal to you as a spiritual leader, to show your compassion, to stand with the Ukrainian people by jointly spreading the call to peace," the letter said.

The Holy See press office on March 15 confirmed the pope's reciept of the letter, saying in statement that Francis is "close to the sufferings of the city, to its people, to those who had to flee from it and to those called to administer it."

The mayor's letter follows a March 5 video posted on social media where he appealed to the world's spiritual leaders, including Francis, to come to Kyiv to show solidarity with the Ukrainian people. "Let us make Kyiv the capital of humanity, spirituality and peace," he said.

Prior to Russia's invasion in the country, the leader of Ukraine's Eastern-rite Catholics had invited Francis to pay a visit to the country in an effort to prevent the war.

"In a majority Orthodox country the greatest moral authority is Pope Francis. They all say it: If the pope comes to Ukraine, the war would end," said Major Archbishop Sviatoslav Shevchuk on Feb. 8. "The pope is truly a messenger of peace."

While Francis has not made any concrete plans to visit the now war-torn country, ​​on Feb. 26, he spoke directly with Zelensky and reportedly offered his spiritual support and expressed sorrow over the war.