Pope blasts violence in Mexico as he mourns 2 slain Jesuits

by The Associated Press
Vatican
World 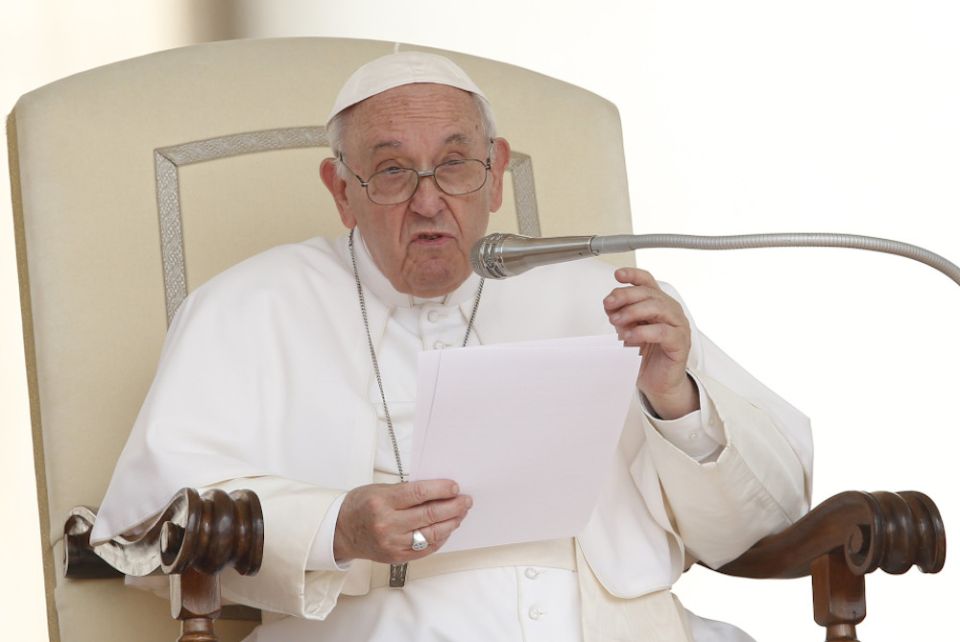 Vatican City — Pope Francis on June 22 blasted the violence that plagues Mexico as he mourned the slayings of two of his "brother" Jesuits who were gunned down in a remote Mexican church by apparent drug gang members.

Francis, an Argentine Jesuit, offered prayers to the Jesuit community at the end of his weekly general audience, saying he was "saddened and dismayed" to learn of the slayings in Mexico's mountainous Chihuahua state.

"How may killings there are in Mexico!" he said. "Once again, I repeat that violence never resolves problems but just increases useless suffering."

Javier Campos Morales, 79, and Joaquín César Mora Salazar, 80, were killed Monday inside the church in Cerocahui. A man being pursued by a drug gang had apparently sought refuge in the church, and the gang members killed him and the priests when they found him, authorities said.

Francis ministered to drug addicts when he was archbishop of Buenos Aires and has long condemned the "dealers of death" who fuel the drug trade, which he has blamed on the "devil" and lust for money.