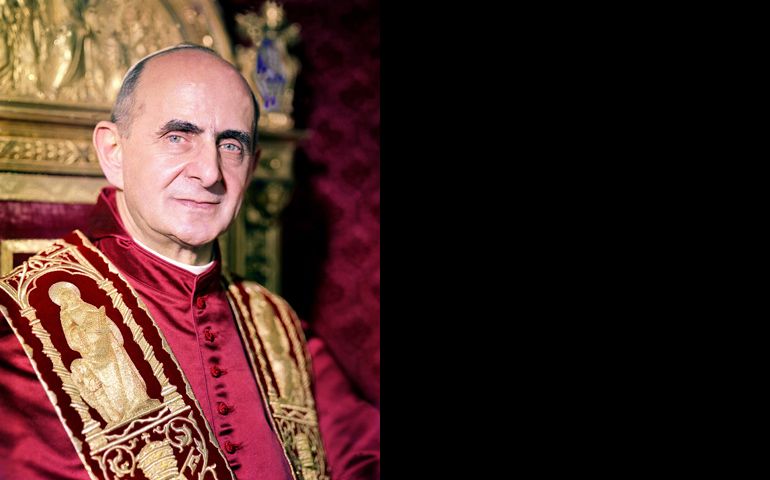 Vatican City — Pope Francis will beatify Pope Paul VI on Oct. 19 during the closing Mass of the extraordinary Synod of Bishops on the family.

Pope Francis signed a decree Friday recognizing a miracle attributed to the intercession of Pope Paul, who led the church from 1963 to 1978, and authorized publication of the Oct. 19 beatification date, according to a Vatican statement Saturday.

The miracle involved the birth of a baby in California in the 1990s. The family's name and city have not been released, but according to news reports, a pregnant woman whose life was at risk along with the life of her baby was advised by doctors to terminate the pregnancy. Instead, she sought prayers from an Italian nun who was a family friend. The nun placed a holy card with Pope Paul's photograph and a piece of his vestment on the woman's belly.

The baby was born healthy. For Pope Paul's sainthood cause, physicians continued monitoring the child's health up to the age of 12 and everything was normal.

Pope Paul's connection with the themes expected to be raised at the synod on the family Oct. 5-19 include the encyclical for which is he is most known, Humanae Vitae. The 1968 encyclical, usually described as a document affirming the church's prohibition against artificial contraception, places that conclusion in the context of Catholic teaching on the beauty and purpose of marriage, married love and procreation.

When St. John XXIII died in 1963, Pope Paul reconvened the Second Vatican Council, presided over the final three of its four sessions and oversaw the promulgation of all of the council's documents. He also led the process of implementing the council's reforms.

Pope Paul VI was the first pope in the modern area to travel abroad, visiting: Jordan and Israel in January 1964; Lebanon and India in December 1964; the United Nations and New York in October 1965; the Shrine of Our Lady of Fatima in Portugual in May 1967; Turkey in July 1967; Colombia and Bermuda in August 1968; Switzerland in June 1969; Uganda in July-August 1969; and Iran, Pakistan, the Philippines, Samoan Islands, Australia, Indonesia, Hong Kong and Sri Lanka in November-December 1970.

Born Giovanni Battista Montini in 1897 in the northern Italian province of Brescia, he was ordained to the priesthood in 1920 and was named archbishop of Milan in 1954. Elected pope in 1963, he died at the papal summer villa in Castel Gandolfo Aug. 6, 1978.

Speakers ask pope, synod to clear up 'confusion' on contraception

Looking back at the 1980 synod on the family