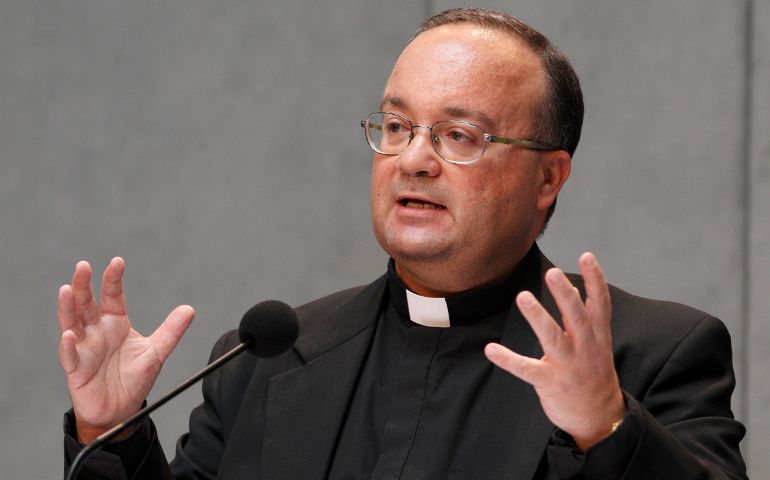 Msgr. Charles Scicluna, who was born in Toronto to Maltese parents, served for the past decade as the Vatican's first promoter of justice in the Congregation for the Doctrine of the Faith, handling cases brought against clergy accused of the sexual abuse of minors.

The Vatican announced the new appointment Saturday without naming the monsignor's replacement as promoter, a post that would be filled by papal appointment.

"I look forward to returning to Malta, to assist and to learn from Archbishop (Paul) Cremona and to listen to and serve the Maltese people," Scicluna told the TimesofMalta.com the day of his appointment.

He said he expected to be able to bring his experience of the universal church to the small Mediterranean archipelago south of Italy.

"My real wish is to be a good listener," he said. "I will gain the right to speak" as auxiliary bishop, "but before I speak, I need to listen," he said, adding that "change will come through dialogue."

A Times of Malta editorial Sunday commended the appointment, praising the new bishop as "an achiever, a doer and a highly accomplished speaker" who is also very media-friendly.

Scicluna became promoter of justice at the Congregation for the Doctrine of the Faith in 2002 to handle accusations of clerical sex abuse, after the doctrinal congregation was given the authority in 2001 to take over such cases from local bishops for investigation.

He has taken a tough stance against abusive priests, saying the church must respond to allegations clearly, and not react with "inertia, a culture of silence or repression."

He has said that greater transparency and the protection of children are integral to the good of the universal church, and called for greater accountability under church law of bishops who shield or fail to discipline abusive priests.

The Archdiocese of Malta set up a sex-abuse "Response Team" in 1999. By 2010, the team had received accusations against 45 priests in connection with more than 80 allegations of sexual abuse against minors. Malta, which is 98 percent Catholic, has a population of 410,000.

Several Maltese priests have faced criminal trials in civil courts after victims, reportedly dissatisfied with the Response Team's handling of their cases, chose to go to the police.

Some victims have accused the local church of delaying its own internal investigations pending the outcome of the criminal court cases.

Pope Benedict met with victims of abuse during a trip to Malta in 2010 and assured them that the church would do everything in its power to investigate allegations, punish those responsible and implement effective measures to protect children.

Born May 15, 1959, Scicluna was educated in Malta, where he earned a law degree. He was ordained a priest in 1986 and received a degree in canon law from Rome's Pontifical Gregorian University in 1991. From 1990 to 1995, he served in a number of parishes in Malta, worked as promoter of justice at the Archdiocese of Malta's tribunal, taught theology and canon law, and served as vice rector of the archdiocese's major seminary.

In 1995, he was called to Rome to work at the Vatican's highest court, the Supreme Court of the Apostolic Signature, where he remained until he joined the doctrinal congregation in 2002.

Profession of Faith and Oath of Fidelity

No consensus on meaning of Vatican synod questionnaire