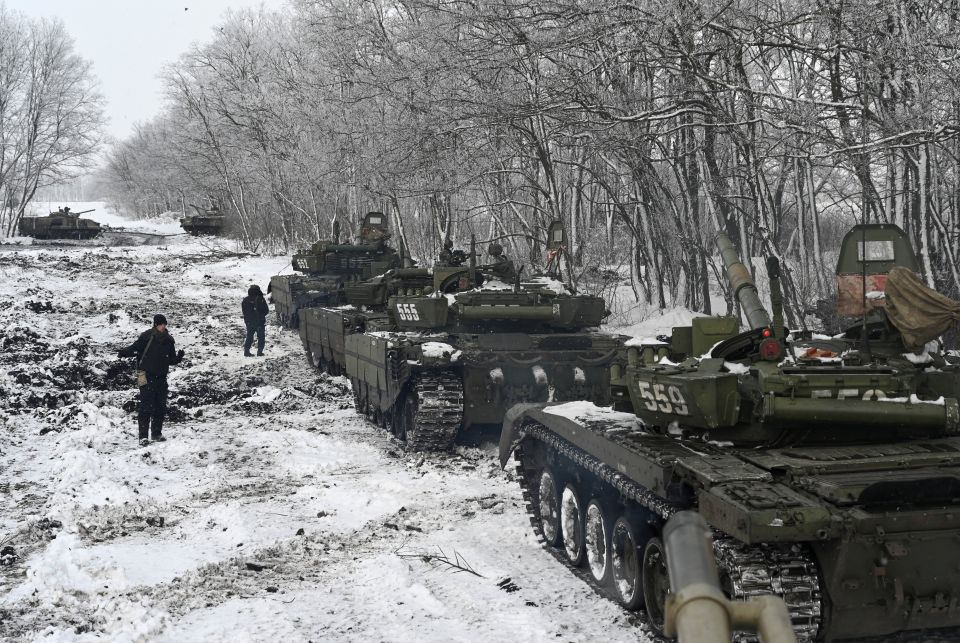 Russian armored vehicles are seen during drills in Rostov, Russia, Jan. 27, 2022. The buildup of tens of thousands of Russian troops on Ukraine's borders in recent weeks has stoked fears of an invasion. (CNS photo/Sergey Pivovarov, Reuters)

ROME — With the eyes of the world on Ukraine, the Vatican's secretary of state has called the head of the country's Eastern-rite Catholics to express the closeness of the Holy See as tensions escalate with neighboring Russia.

The call by Italian Cardinal Pietro Parolin to His Beatitude Sviatoslav Schevchuk of the Ukrainian Greek Catholic Church was made on Feb. 14 as the country fears a potential Russian invasion.

"In these troubling times, I wish to express to you, Your Beatitude, the episcopate, the clergy and faithful of the Church you lead, and to all the Ukrainian people the words of support of the Holy See, our solidarity and assurance of prayer for you all," said Parolin during the conversation, according to a statement from Ukrainian Greek Catholic Church.

Schevchuk, in turn, offered his gratitude for the Holy See's support.

"The Ukrainian people feel the Holy Father's special concern for peace in Ukraine and appreciate the diplomatic efforts of the Holy See aimed at overcoming the current international crisis," he told Parolin.

Schevchuk has previously encouraged Pope Francis to visit the country as a part of an effort to bring about peace.

"Gestures are very important and visiting Ukraine would be a very strong gesture for all of humanity," he told reporters on a call on Feb. 8.

At his Sunday Angelus on Feb. 13, Pope Francis led a prayer for peace in the country, describing the situation as "very worrying."

U.S. President Joe Biden has warned that a Russian invasion of Ukraine would lead to "widespread human suffering."

During a Feb. 14 homily, Schevchuk acknowledged that many countries are encouraging its citizens and diplomats to withdraw from the country as there has been a build-up of Russian troops around Ukraine's borders.

He went on to tell the Ukrainian Catholics not to forget the country's turbulent history and how it was "resurrected" by God.

"We remember how Ukraine resurrected due to the power of God's grace, restored its statehood and its unity for which whole generations of our predecessors were fighting for," said Schevchuk. "And we know it was God's work."

Self-mortification must be moderate, monitored