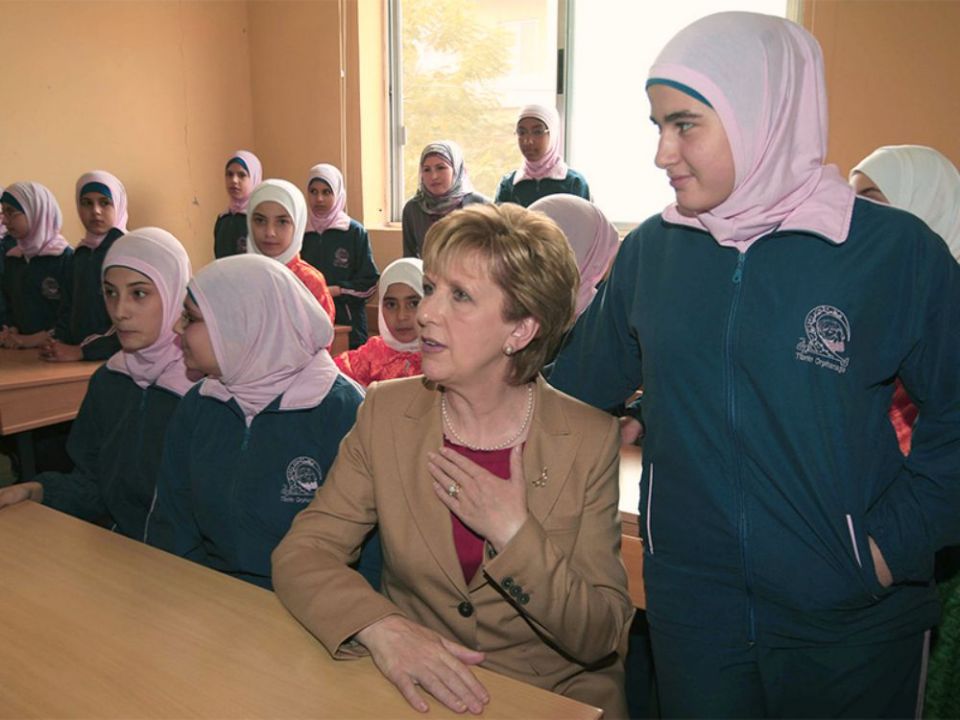 President of Ireland 1997-2011, Mary McAleese, second right, sits between Lebanese orphans during her visit to an orphanage in the southern village of Tebnine, Lebanon in 2011. (RNS/AP Photo/Mohammed Zaatari)

Dublin — An attempt to stop a former president of Ireland from speaking at an international conference on women's rights, which was due to be held in the Vatican next month, is causing a stir in Ireland as the country prepares to host the Vatican-organized World Meeting of Families in August.

The Voices of Faith conference has been held at the Vatican on March 8, International Women's Day, the last four years. Organizers say when the Vatican reviewed the list of speakers for this year's event, three speakers were not approved, one of them Mary McAleese, who was president of Ireland from 1997-2011.

Chantal Götz, managing director of Voices of Faith, said that Cardinal Kevin Farrell, the prefect of the Vatican's Dicastery for Laity, Family and Life, had objected to the three speakers. No reasons were given, according to Götz, but McAleese has been outspoken on gay rights and women's ordination.

The matter has gained extra attention because Farrell's dicastery is the main organizer of the World Meeting of Families, which is being promoted as a major event for the Irish church.

Dublin Archbishop Diarmuid Martin distanced himself from controversy, issuing a statement Friday saying neither he nor his offices "were consulted by the Vatican in relation to this matter."

Neither Farrell nor the dicastery responded to requests for comment.

The Voices of Faith conference will now go ahead at a venue outside the Vatican, and organizers have made McAleese the keynote speaker in a gesture of solidarity. She had previously been asked to take part in a panel discussion at the event.

McAleese, who has studied for a doctorate in canon law at the Gregorian University in Rome, has written to Pope Francis about the situation.

In a statement on Friday, she said she would not make any further comment on the matter as she was waiting to see if the pope responds to her letter.

The two other speakers who did not receive Vatican approval were not named but are thought to be Ssenfuka Joanita Warry, a Catholic who campaigns for LGBT rights in Uganda and is herself gay, and Zuzanna Radzik, an outspoken young Polish theologian, who is due to speak about the church's need for transformation in order to bring more young people towards the faith rather than alienating them. 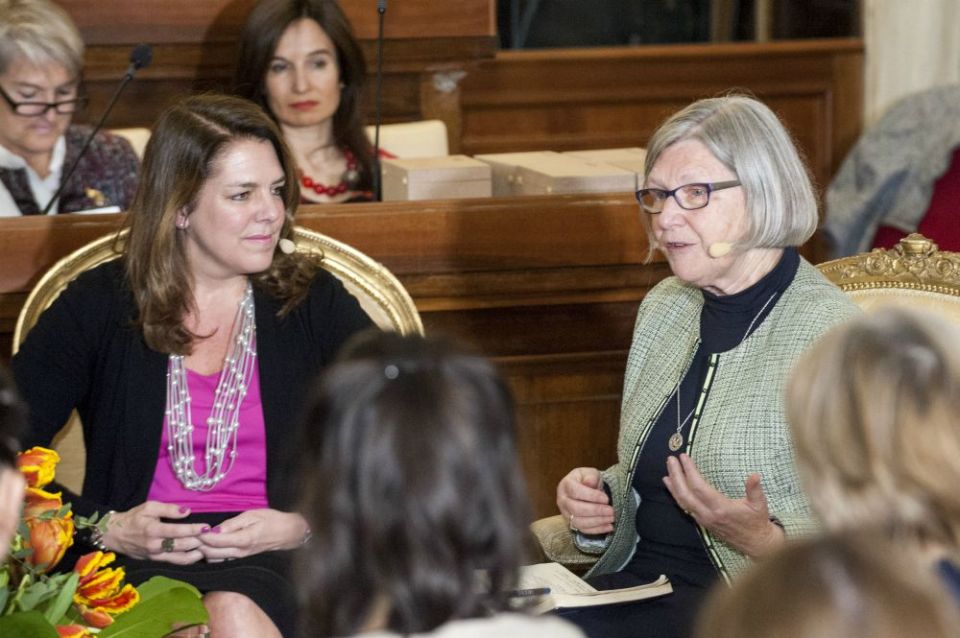 The Voices of Faith conference brings together Catholic women from across the globe to share their experiences and create dialogue with leaders on gender equality, inclusion and leadership. This is the fifth year the conference has taken place, and it is the first year the Vatican has withheld approval of any speakers.

For the past four years, the conference was held within Vatican City at Casina Pio IV, an iconic marble villa that is home to the Pontifical Academy of Sciences.

This year the conference, themed "Why Women Matter," is relocating to the Aula, the main meeting hall in the Jesuit Curia, the headquarters of the Jesuit order, which is just outside the Vatican City walls.

Götz, who is also executive director of the Catholic philanthropic Fidel Götz Foundation, said that efforts were made to get the cardinal to change his mind, but he didn't respond to her. Rather than exclude the three high-profile speakers from the conference, "We decided ourselves to move the conference to a venue outside the Vatican," she explained.

According to Götz, who is a lawyer, "We realized that it is crucial for us to bring voices that represent perspectives often not heard at the Vatican."

"Ultimately, we did not see a reason why these women should have to go through an 'approval process' by anyone."

She added, as a non-Vatican entity, "Ultimately, we did not see a reason why these women should have to go through an 'approval process' by anyone."

"We feel that the authentic voices of all the women we are bringing this year are more important than whether our event takes place at the Casina Pio IV or at the Jesuit Aula — what matters is that everyone in Rome and at the Vatican can easily come to listen."

Voices of Faith describes itself as an initiative that exists to empower and advocate for Catholic women to have a seat at the table of decision making in the church.

In a statement, the group stated, "We live in times marked by change, but there are places where gender equality is being systematically overlooked. The Catholic Church is one of them. The crises we must confront in our world today demand leaders, women and men, who are prepared to think the unthinkable and who will risk upsetting powerful vested interests and take bold steps forward for the greater good." 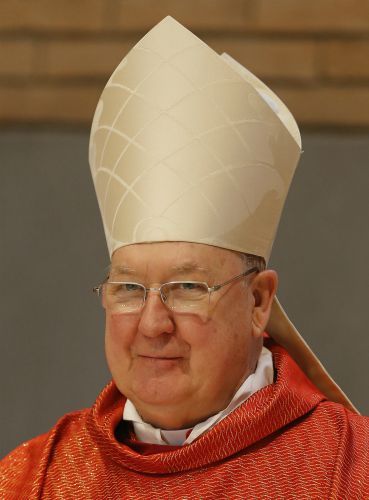 Invitations to attend the conference have been sent to Pope Francis and a number of cardinals based in Rome.

A Vatican spokesman said the conference was not a Vatican conference, and that all questions should therefore be directed to the organizers.

Irish Redemptorist Fr. Tony Flannery expressed surprised that Farrell would take such action as not approving certain speakers. He told NCR that the Dublin-born Farrell, whose priestly career was served in the United States until August 2016, when he was put in charge of the newly formed dicastery for family life, is generally considered one of the more open-minded prelates in the Vatican.

Flannery, who is under Vatican censure for his theological views, noted that Farrell had "backed [Jesuit Fr.] James Martin's book that caused such controversy in the American church."

"We need to hear from him as to why he took this action. But my guess is that the harm is done," said the 70-year-old Irish cleric.

"Apart entirely from the involvement of Mary McAleese, for the Vatican to be seen to attempt to silence the voices of women, considering its history of discrimination against women, is a disaster," he said.

Separately, the executive director of the Women's Ordination Conference, Kate McElwee, commented, "While this turn of events is unfortunate, perhaps it is an opportunity to bring the Vatican's role in the structural and spiritual oppression of women into this year's discussion."

Noting that Francis has called repeatedly for fearless dialogue in the church, she said that within the Vatican bureaucracy silencing and policing of women's voices continues to be the status quo.

"For the past four years organizers have carefully curated the invited speakers and painstakingly avoided the topic of women's ordination," McElwee said and highlighted that McAleese was known as an outspoken advocate for women's ordination and LGBT rights.

Are things looking up for women in the church?