Vatican says bishop ordained in China is in communion with pope 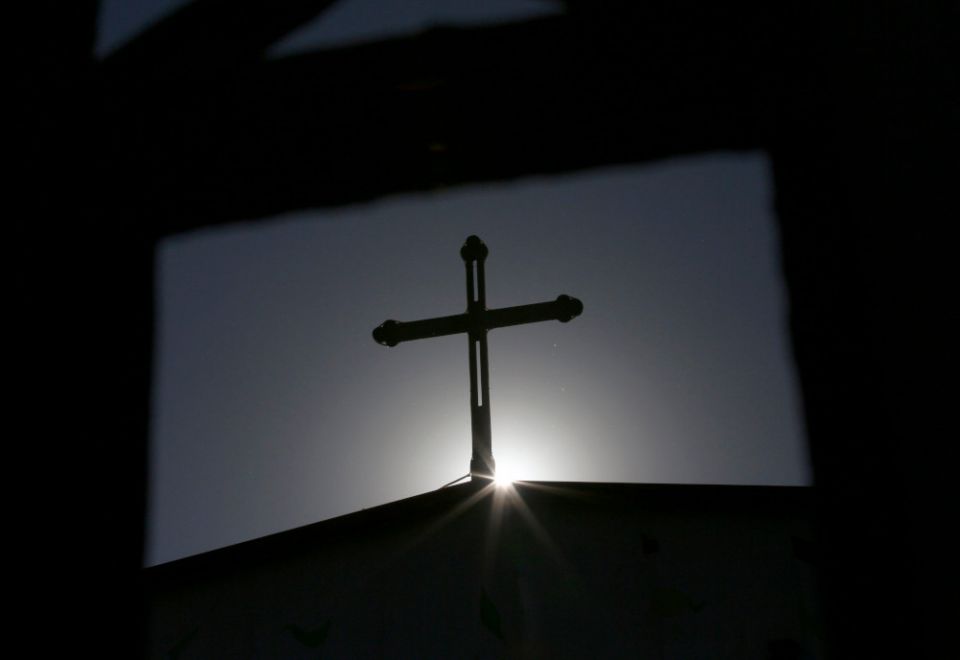 A cross atop a Catholic church is silhouetted in Tianjin, China. (CNS photo/Reuters/Kim Kyung-Hoon)

Vatican City — The Vatican confirmed that a bishop recently ordained in China is in full communion with the pope and that more Vatican-approved nominations would be coming.

Bishop Thomas Chen Tianhao, 58, is the new bishop of Qingdao in Shandong province and was ordained Nov. 23, according to AsiaNews.

Matteo Bruni, director of the Vatican press office, said in a written communique Nov. 24 that Chen was the third bishop to be named and ordained within the regulatory framework of the provisional agreement between China and the Holy See regarding the appointment of bishops.

"I can also add that undoubtedly other episcopal consecrations are foreseen" given that work is currently underway for the appointment of several new bishops, Bruni wrote.

Because of the coronavirus pandemic, the Mass was not open to the public, but participants included 21 priests and more than 200 nuns and lay faithful.

The activities of all religious communities in China are subjected to government oversight and approval.

The Vatican-China provisional agreement, signed in 2018 and renewed in October, outlines procedures for ensuring that Catholic bishops are elected by the Catholic community in China and approved by the pope before their ordinations and installations.

Vatican officials have said that giving up full control over the choice of bishops would not be what the Vatican hoped for, but that the agreement was a good first step toward ensuring greater freedom and security for the Catholic community in China.

The agreement has meant that, for the first time in decades, all of the Catholic bishops in China are in full communion with the pope and there will no longer be illegitimate ordinations, that is, bishops ordained with government approval, but not the Vatican's consent.

Pope Francis has told reporters that the agreement envisions "a dialogue about potential candidates. The matter is carried out through dialogue. But the appointment is made by Rome; the appointment is by the pope. This is clear. And we pray for the suffering of some who do not understand or who have many years of clandestine existence behind them."