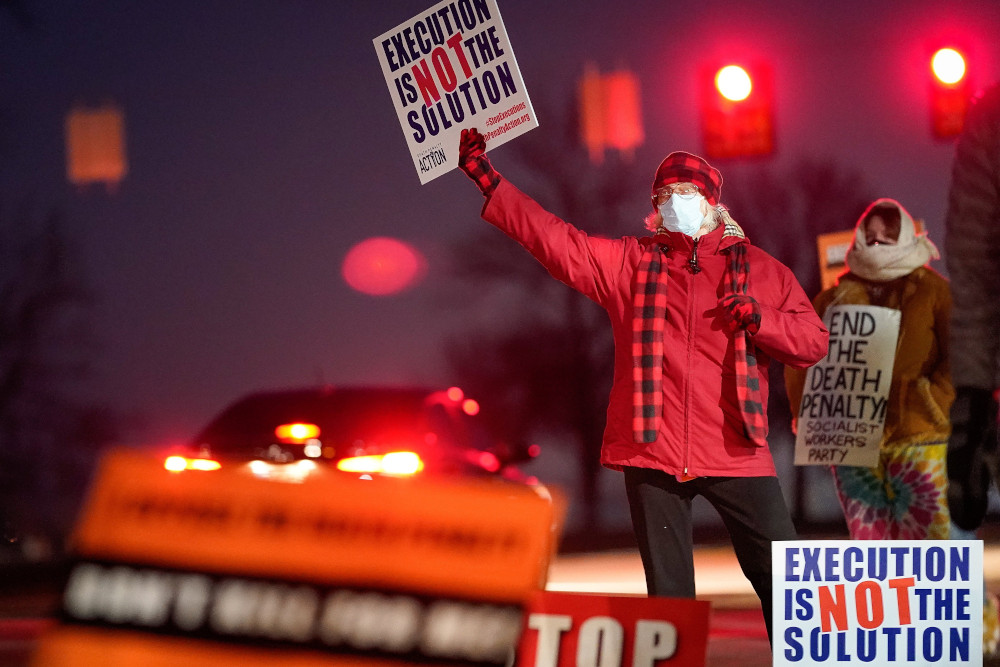 The Virginia General Assembly passed a final version of a bill that will abolish the death penalty in the state Feb. 22.

The Senate voted 22-16 to pass the death penalty abolition bill and the House of Delegates voted 57-43 to approve the identical bill, according to the advocacy group Virginians for Alternatives to the Death Penalty. There is expected to be a public signing ceremony with Gov. Ralph Northam in April.

An earlier version of the bill passed both chambers in early February.

In a joint statement, Virginia Bishops Michael F. Burbidge of Arlington and Barry C. Knestout of Richmond praised the lawmakers' decision to abolish the death penalty.

"We offer — and affirm the utmost need for — prayerful support for the families of victims of horrific crimes," they said. "We also affirm, with clarity and conviction, the words of the Catechism of the Catholic Church: '(T)he death penalty is inadmissible because it is an attack on the inviolability and dignity of the person.'"

Legislation that would expand abortion coverage in Virginia's health exchange also is likely to be signed by Northam, who supports legal abortion.

The Virginia House of Delegates passed the bill allowing tax-funded abortion for any reason in Virginia's health exchange Jan. 26. The Senate OK'd the measure Jan. 22, the anniversary of Roe v. Wade.

"Today, the House of Delegates made the tragic decision to expand drastically abortion coverage in Virginia's health benefits exchange," Burbidge and Knestout of Richmond said in a joint statement the day of the House vote. It echoed what the bishops said when the Senate passed its version.

"This legislation is identical to the bill the Senate passed that permits plans participating in the exchange to cover abortion for any reason, funded in significant part with Virginians' tax dollars," the bishops said Jan. 26.

"Replacing the current life-saving restrictions on abortion with a policy of abortion coverage without limits in our state exchange is drastic, dangerous and will result in the tragic end to more unborn lives," they said.