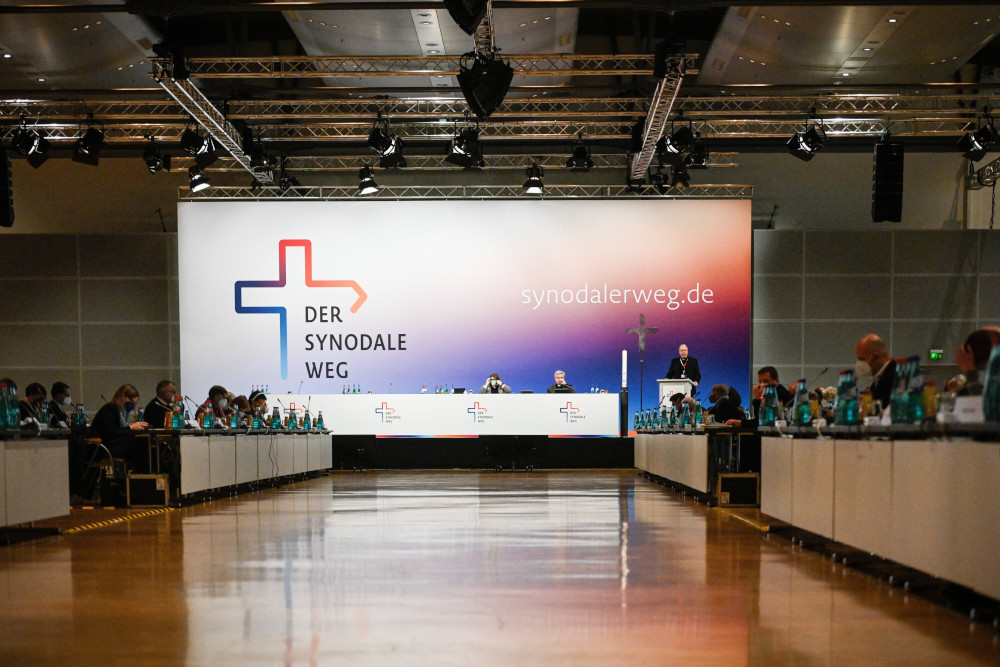 Prelates and others attend the third Synodal Assembly in Frankfurt Feb. 4, 2021. (CNS/KNA/Julia Steinbrecht)

In an open letter, 74 bishops from North America, Africa, Italy and Australia have expressed their "growing concern" about the German Synodal Path process and content, warning about its "potential for schism."

Joining recent letters of concern by the Nordic and Polish bishops, the "fraternal open letter to our brother bishops in Germany" said "the Synodal Path's actions undermine the credibility of church authority, including that of Pope Francis."

"By its destructive example, it may lead some bishops, and will lead many otherwise faithful laypeople, to distrust the very idea of 'synodality,' thus further impeding the church's necessary conversation about fulfilling the mission of converting and sanctifying the world," the letter concluded.

All told, 49 bishops from the U.S., four from Canada, 19 Africans, one Italian and one Australian signed the letter. The letter was made public April 12 after having been sent to the German bishops April 11.

The German bishops, responding to ongoing revelations of clerical sexual abuse and how bishops mismanaged such cases, see the Synodal Path process as addressing the exercise of power and authority in the church; sexual morality; the priesthood; and the role of women.

The German bishops are keenly aware of the concerns of other conferences about the direction their Synodal Path is taking. Limburg Bishop Georg Bätzing, president of the German bishops' conference, has admitted that there were highly divergent opinions on issues such as blessing ceremonies for same-sex couples or the ordination of women as deacons or priests. The German Catholic news agency KNA reported he pledged that the bishops would submit all the synodal reform decisions that can only be implemented at the universal church level to the worldwide synodal process launched by Pope Francis in preparation for the 2023 Synod of Bishops on synodality.

The April 11 open letter to the Germans said that "events in one nation inevitably impact ecclesial life elsewhere."

It raised seven criticisms, including "failing to listen to the Holy Spirit and the Gospel," relying more on "sociological analysis and contemporary political, including gender, ideologies" than on Scripture and tradition, and being too focused on "power" and "autonomy."

"The Synodal Path process, at nearly every step, is the work of experts and committees," the letter said, calling the process "bureaucracy-heavy, obsessively critical, and inward-looking."

"In its effect, the Synodal Path displays more submission and obedience to the world and ideologies than to Jesus Christ as Lord and Savior," it said.

The letter signers expressed concern for "the confusion that the Synodal Path has already caused and continues to cause, and the potential for schism in the life of the church that will inevitably result."

In March, after a critical letter by the Polish bishops became public, Matteo Bruni, Vatican spokesman, told KNA Francis had not changed his position since a June 2019 letter to Catholics in Germany. 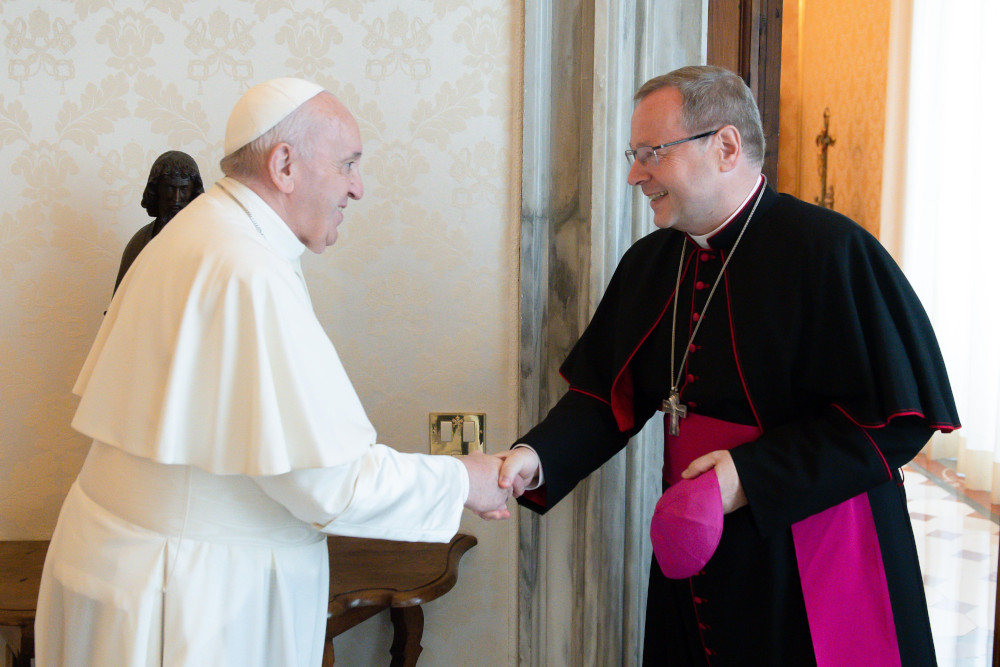 In his 2019 letter, Francis emphasized that taking a synodal path is a process that must be guided by the Holy Spirit with patience and not a "search for immediate results that generate quick and immediate consequences." Transformation "calls for pastoral conversion," he said.

"Brothers and sisters, let us care for one another and be attentive to the temptation of the father of lies and division, the master of separation who, in pushing us to seek an apparent good or a response to a given situation, in fact ends up fragmenting the body of the holy and faithful people of God," the pope said.

He also warned against a temptation to use evangelization as something that is adapted "to the spirit of the times."

Concerns about divisions and responding to pressures of the times are some of the main issues cited by those European bishops who have voiced their concerns publicly.

In response to the letter by the Polish bishops, Bishop Bätzing rejected the accusation that the reform process in Germany was watering down church doctrine and bowing to the spirit of the times.

"We do not walk the path of conversion and renewal lightly, and certainly not outside the universal church," the German bishop said. "Several times I had the opportunity to speak with Pope Francis about the Synodal Path."

Bishop Bätzing said the German church was doing exactly what Francis asked of the nation's Catholics in 2019, that is, embarking on a "spiritual journey in asking for the guidance of the Holy Spirit."

The public criticism of one bishops' conference by others is highly unusual, but within Germany as well there has been debate about the Synodal Path process.

[Contributing to this story was Barb Fraze.]