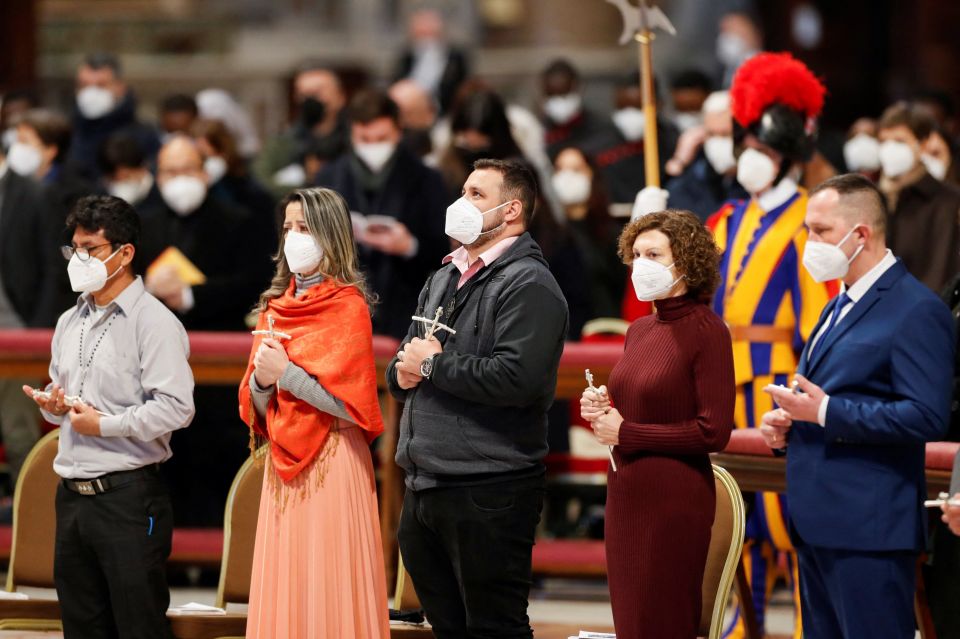 SÃO PAULO — Formally installing catechists and lectors into their roles as lay leaders in the church is especially important as a recognition for women and men in places like the Amazon region, where many are de facto religious leaders in remote communities that suffer from a severe shortage of priests, said a Brazilian recently installed as a catechist by Pope Francis.

"The (2019 pan-Amazon) synod and now this designation will help us even further to 'go after those who left the church and to listen to them.' This is what the pope wanted — to show, through laypeople, that the church is welcoming, that it can hear its followers," Regina de Sousa Silva told Catholic News Service.

She and Wanderson Saavedra Correia, both catechists for the past 11 years in the Luziânia Diocese, were among those Pope Francis formally installed in their roles during a Mass at the Vatican Jan. 23, marking Sunday of the Word of God.

In Brazil, women and men have long served as lectors and catechists, but now those formally installed in the ministries are recognized as having a specific vocation to leadership in their communities and will serve in what the church defines as a "stable" manner.

For Silva, being a catechist is "an essential service for the life of the church," but she said the ceremony at the Vatican gave her a boost.

She said one of the highlights of meeting Pope Francis was when he told the new catechists, "I need all of you."

"I was a little unmotivated last year, I struggled to take the word of God to the communities. With this recognition and the affection shown by the pope, I gained greater strength, a greater motivation. This achievement wasn't just mine; it was everyone's," said Silva.

"This designation shows the importance of laypeople in the Catholic community," Correia told Catholic News Service. "The pope showed with this decision that laypeople have power to teach faith to the community."

Silva said in places like the Amazon, formalizing the role of catechist "shows that laypeople have an important participation in bringing the word of God to those places where priests are scarce," Silva told CNS.

Father Edilberto Sena is a retired priest from the Archdiocese of Santarem, one of the largest cities in Brazil's Amazon region. He says the Amazon region has always had a problem with the low number of priests available.

"Very near here there is the Arapiuns River. The river has 54 Catholic communities along its riverbed and only one priest to serve all these communities. Imagine if we didn't have the help of women and married men. They are the ones who sustain the faith of these communities when the priest can't be present," he told CNS.

Father Sena said there are approximately 450,000 people living in the vast area that makes up the archdiocese, but only 48 priests to serve more than 900 Catholic communities. He hopes that the formal recognition of the work of lay men and women in some of the church's operations will also help "increase the number of God's servants" in the region.

For Josep Iborra Plans, a former priest now working with the church's Pastoral Land Commission in Rondônia state, also in Brazil's Amazon region, the decision strengthens the mission of Catholic laity within the church.

"Laypeople were already doing the work under the authorization and the mandate of the priest and the bishop of the region. The fact that they are now recognized by the church in Rome brings more stability, more consistency to their work," said Plans.

Correction: The post for this article originally misattributed Lise Alves' wire service affiliation. We apologize for the error.

Lise Alves is a freelance journalist based in São Paulo, Brazil. She has contributed to English-language news outlets across the world, including The Rio Times, Catholic News Service, The Lancet, The Guardian and National Catholic Reporter.

Obama lifts the veil on the establishment and Mideast allies