'A Common Word' 10 years on: Christians and Muslims must work together for peace 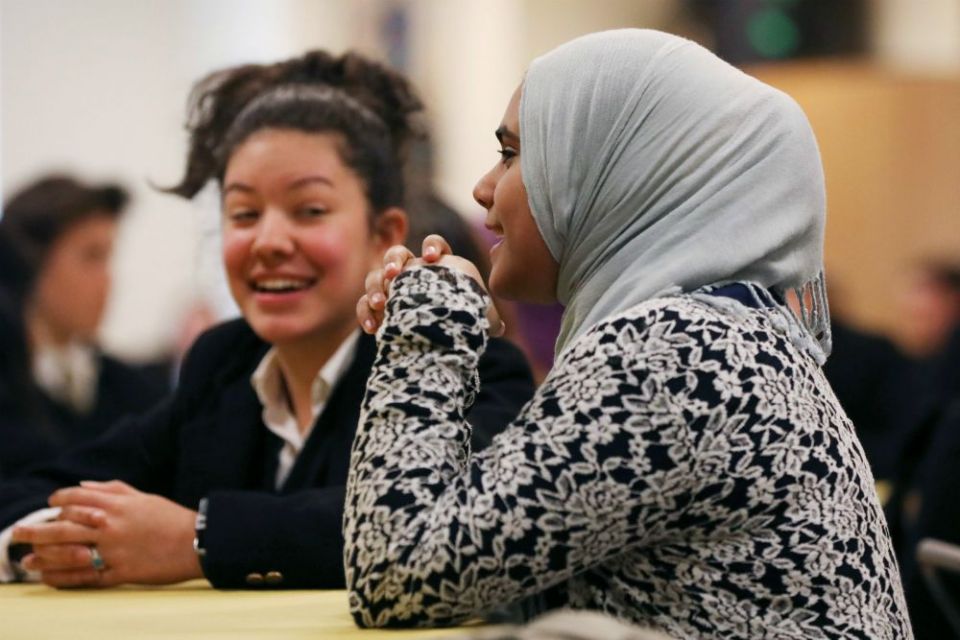 On Oct. 13, 2007, 138 Muslim leaders signed "A Common Word Between Us and You," a document stating that Christians and Muslims share two great commandments — love of God and love of neighbor — and should work for peace together.

Now 10 years later, the influence of the document continues through the projects and relationships it inspired, but experts on Muslim-Christian relations say many people still need to hear its message.

"When Catholics in the U.S. are hearing about Islam and Muslims, they're not hearing about the heart and soul of the tradition," said Scott Alexander, director of the Catholic-Muslim studies program at the Catholic Theological Union. "They're hearing about different events in which there was conflict or if ISIS sponsored some sort of terrorist attack."

"A Common Word" "gives people a way to see that Muslims are taking action all the time on the local and global stage for the good of humanity," Alexander said. "The actions of a relatively small minority get so much more publicity that it leads to people having a distorted image of Islam and Muslims."

Prior to the publication of "A Common Word," Pope Benedict XVI exacerbated interfaith tensions during a 2006 address at the University of Regensburg by quoting a 14th-century Byzantine emperor who said that Mohammed only contributed "things evil and inhuman," such as spreading his faith by violence.

While the pope did not endorse the emperor's view, the Regensburg address provoked outrage from Muslims around the world. Amir Hussain, professor of theological studies at Loyola Marymount University, says it was also the "impetus" for "A Common Word."

The authors of "A Common Word" could have written about how offensive and concerning the pope's words were, said Hussain, but instead they took a positive approach and wrote about the connections between Muslims and Christians.

The signers also overcame divisions within their own religion to present a unified message.

"Muslims are as bad as Christian in not getting along with each other," said Atonement Fr. Elias Mallon, of the Catholic Near East Welfare Association. "There's all different types of Muslims who at best ignore each other and at worst are in conflict with each other. Almost all of them were represented in the signatories."

Hussain agreed. "I couldn't imagine all 138 of them in the same room," he said. "So in that sense it really is this amazing kind of achievement." 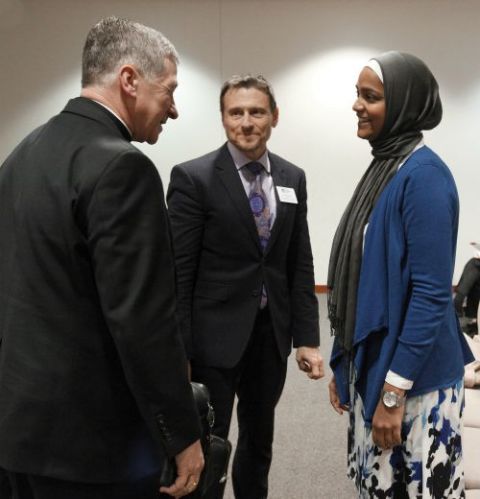 The signers directed the document to major Christian leaders, including Benedict, Orthodox patriarchs and the leaders of major Protestant churches.

They began by asserting that "the future of the world depends on peace between Muslims and Christians" and that "the basis for this peace and understanding" is already part of the faiths' "foundational principles."

The next two sections present and analyze evidence from the Quran and the Bible that Muslims and Christians share these "foundational principles," specifically love of God and love of neighbor. In the last section, the authors present the scriptural basis for interfaith dialogue.

John Esposito, the founding director of the Alwaleed Center for Muslim-Christian Understanding at Georgetown University, who helped launch "A Common Word" in the U.S., said the heavy emphasis on Scripture made the document especially convincing.

"Because it comes from the Scriptures, one has to say this is God's command," rather than dismissing it as an individual theologian's idea, he said.

"The future of the world depends on peace between Muslims and Christians. The basis for this peace and understanding already exists. It is part of the very foundational principles of both faiths: love of the One God, and love of the neighbour."
—From the opening of "A Common Word"

Although Christians did not publish a joint response, the website of "A Common Word" lists 71 responses from Christian leaders and scholars including Benedict. The document also inspired media coverage, major conferences and publications.

While most of the activity has died down, Alexander said the document "spawned a number of important personal and inter-institutional relationships" that are still important today.

For example, Miroslav Volf, a professor at Yale University's divinity school, remained engaged in Muslim-Christian dialogue long after his university hosted a conference on "A Common Word" in 2008. He even published a book called Allah: A Christian Response that argued Christians and Muslims worship the same God, an idea not taken for granted in his evangelical tradition.

Yet despite some advances, both Christians and Muslims still foster prejudices and misconceptions about each other. Hussain said some Muslims believe Christians are polytheists, or worship the pope.

A 2016 report authored by Jordan Denari Duffner for the Bridge Initiative, an Islamophobia research project at Georgetown University, found that 3 in 10 Catholics had negative views of Muslims, while only 14 percent had positive views.

The report also found that nearly half of Catholics either said they had nothing in common with Muslims, or could not name any commonalities.

"A Common Word" can help fix this situation by providing a reference point that shows what the majority of Muslims believe, said Mallon.

"Let us vie with each other only in righteousness and good works," the authors add. "Let us respect each other, be fair, just and kind to another and live in sincere peace, harmony and mutual goodwill."
—From the ending of "A Common Word"

"While there are forces of violence in Islam," he said, in "A Common Word" "an extraordinary group of Islamic leaders has called for peace and cooperation."

Esposito said that religious leaders' support for "A Common Word" can give credibility to the idea that the faiths are interconnected and inspire traditions to "develop a theology that is inclusive and interfaith oriented."

Duffner was more concerned that people become familiar with the ideas in "A Common Word" than with the document itself.

"I think so many Catholics still perceive of Islam as this violent misogynistic, intolerant, irrational religion," she said. "They would be very pleasantly surprised to find what's in ['A Common Word']."

Pope Francis is taking the lead in repairing Christian-Muslim relations, Duffner said, setting an example with his welcome of Muslim refugees to the Vatican and "encouraging all of us to engage in dialogue in a new way" particularly by "accompanying one another on the journey of life."

"It's much more important for a Catholic parish to get to know some of the people in the mosque that's five miles away than to read the 'Common Word' document," he said.

According to "A Common Word," the consequences of not doing so could be severe.

The concluding section of the document insists that "our very eternal souls are all also at stake if we fail to sincerely make every effort to make peace and come together in harmony."

"Let us vie with each other only in righteousness and good works," the authors add. "Let us respect each other, be fair, just and kind to another and live in sincere peace, harmony and mutual goodwill."

World | 'A Common Word' 10 years on: Christians and Muslims must work together for peace