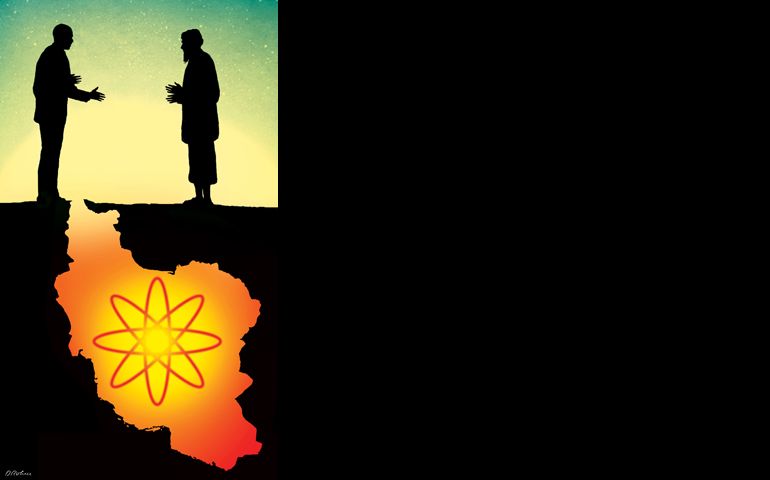 President Barack Obama and Secretary of State John Kerry are heavily engaged in multilateral negotiations to contain Iran's ambitions to become a nuclear-armed state. The framework agreement reached April 2 between the U.S. and Iran, with the United Kingdom, Russia, China, Germany and France as negotiating partners, remains the best possible path to keep nuclear weapons out of Iran's arsenal, free that nation from economic sanctions, and welcome it into a more stable and functional relationship with the global community.

Given that degree of success, one might logically expect the agreement to receive a hearty endorsement, unencumbered by petty partisanship and political wrangling. But the degree to which some members of Congress have become obsessed with assuring that no Obama administration effort be perceived as an accomplishment is on full and ugly display.

The agreement has many things to commend it. It's a practical, common-sense approach with the right kinds of carrots and sticks to keep all sides motivated and engaged, but leaves no party feeling slighted. Most important and most encouraging, the agreement contains new monitoring protocols that will give the inspectors of the International Atomic Energy Agency unprecedented access to all of Iran's nuclear facilities as well as its supply chain. This is a perfect application of the Reagan foreign policy dictum: Trust but verify.

This set of negotiations also has something earlier negotiations didn't: a true partner in Iran. Iranian President Hassan Rouhani clearly wants this deal -- it's key to his rescuing Iran from economic strangulation -- and he has proven over the last year that he has the political clout to salvage the deal from hard-liners in his country who would scuttle it.

To be clear, this is a limited agreement focused solely on nuclear weapons. It's not a panacea for the problems in the troubled Middle East, or between Iran and the United States and U.S. allies. As it has sought influence, Iran has without a doubt contributed to instability in the region. Its neighbors, especially Israel, have justifiable reasons to feel threatened. Iran abuses its citizens' human rights and inexcusably violates their religious freedom.

A nuclear weapons agreement won't -- can't -- solve these problems, but that does not diminish the importance of a nuclear-free Iran. In fact, a side benefit of this nuclear agreement may well be that it begins to lay a foundation of mutual trust and confidence upon which substantive talks on other pressing issues may advance. It could lay a foundation for greater peace — that is the hope.

We join others in urging completion of these talks with all due speed. Time is of the essence. Myriad details must be worked out by June 30. Much work remains. The negotiators cannot allow themselves to be distracted from their important work. But distracted they are.

At a time when all obstacles should be cleared from this peace path, Congress insists on throwing up roadblocks, impeding the peace process. It is simply outrageous that Congress cannot stand with the president to ensure a safer world. Ripping pages from their partisan playbooks on Obamacare and budget sequestration, the Republicans try to apply them to foreign policy. They restrict the president's actions but offer no credible alternative. Instead, they offer overheated, hyperbolic rhetoric about standing tough and being strong. Their words are petty and pandering and ultimately diminish the credibility of our governing institutions.

In an inexplicable capitulation to the basest of Republican partisanship, Democrats joined Republicans to elbow themselves up to the negotiating table, where they neither belong nor fit. On April 14, the Senate Foreign Relations Committee unanimously approved a bill that would require Congress to review, and then vote on, the final text of a nuclear deal.

The bill is likely to be passed by both chambers. It shouldn't get that far. It should be stopped. We're all for transparency and for congressional oversight of presidential actions, but the framework agreement is neither the right issue nor the right time for Congress to be meddling. The added steps introduce needless, perhaps dangerous, uncertainties into the negotiating process.

Obama had threatened to veto the legislation if it makes it to his desk, but backed off that threat after winning some concessions from the Senate committee. He no doubt hopes this tactical move will give him leverage and room to operate in the future. His ploy may work, but regardless, he should never have been put in this position.

Rouhani's response to the Senate's action was predictable and under-standable. "We request cooperation for cooperation, goodwill for goodwill, respect for respect," he was quoted by The New York Times in Tehran. "We declare to you that we are not negotiating with the U.S. Senate or the House of Representatives. The party we are negotiating with is called the P5-plus-1 group," he said, referring to six-nation negotiating team.

Rouhani knows what Congress has failed to recognize: Congress doesn't have the muscle it thinks it has in this arena. Rouhani can get what he wants -- economic sanctions lifted -- through the European Union and the United Nations. In its show of bravado, Congress is weakening the U.S. position, not strengthening it.

Editorial | Editorial: Clear all obstacles from the path to peace with Iran

The deal with Iran: Give peace a chance