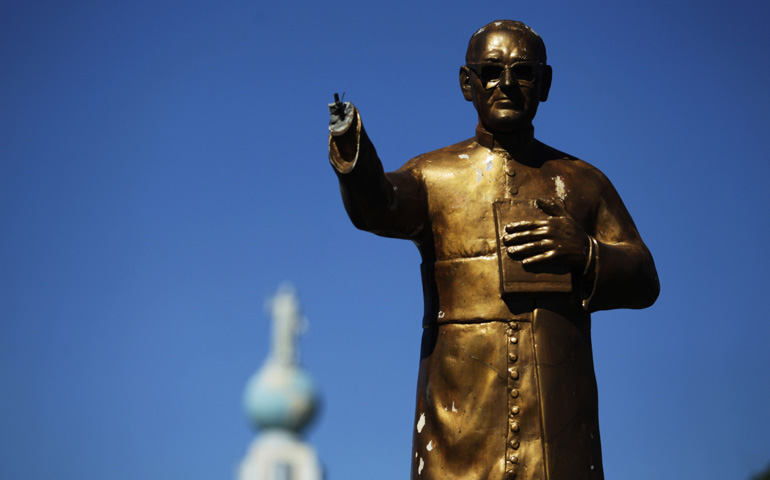 The right hand, which had been holding a cross, was cut off the nearly 10-foot monument, located near Plaza El Divino Salvador del Mundo.

Romero "is very much loved by a vast majority of Salvadorans, but he is also one of the most hated by a small minority," Marisa Martinez of the Archbishop Romero Foundation told Catholic News Service.

She said it was the sixth time that the statue had been vandalized -- the same right hand chopped off -- since the foundation placed it there in 2002. The statue also has been vandalized with paint.

Martinez said the foundation will do the restoration.

Romero was murdered March 24, 1980, by a sniper who acted under the orders of Maj. Roberto D'Aubuisson, according to the truth commission established by the United Nations in 1992 to investigate killings and human rights violations committed during the 1980-1992 Salvadoran civil war.

On Feb. 3, after Pope Francis declared that the archbishop was killed in hatred of the faith, the Vatican confirmed that Romero's beatification will be held this year in San Salvador.

Martinez said she believed those who damaged the statue were from the right-wing groups who celebrated Romero's assassination in 1980.

"If those people celebrated the assassination of Romero, no wonder they are still determined not to accept him," she added.