Romanian priest who died in communist prison to be beatified 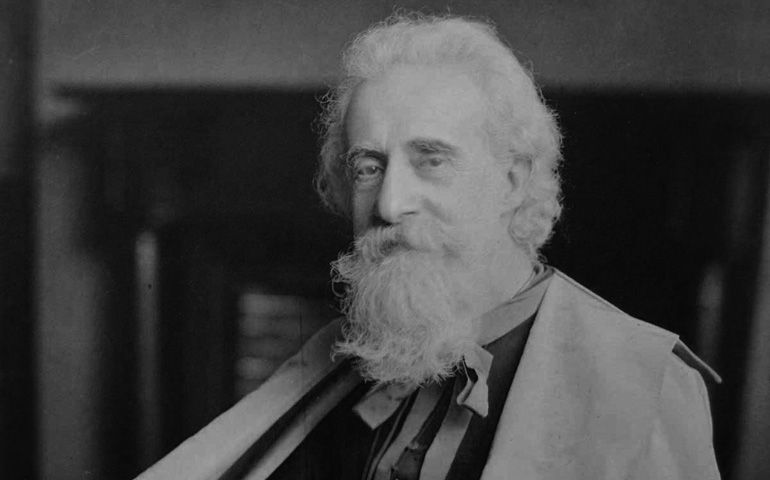 Msgr. Vladimir Ghika in an undated photo (CNS/Courtesy of the archdiocese of Bucharest)

Warsaw, Poland — A priest who died of cold and hunger in a communist prison will be beatified as a martyr in Romania.

The sanctity of Msgr. Vladimir Ghika has "given us an important new example of a life lived for church and faith," said Archbishop Ioan Robu of Bucharest, president of the Romanian bishops' conference.

Robu told Catholic News Service on Wednesday that Ghika would represent many other "unknown and unrecognized Christian martyrs" who died in Romania during four decades of communist rule, which ended in December 1989.

"This latest beatification proves the church doesn't forget those who generously gave their lives in this way, whose testimonies can still be understood and valued by contemporary society," the archbishop said.

Ghika was born Dec. 25, 1873, in Istanbul, where his father was Romania's representative at the Ottoman court. He was one of six children in an Orthodox family. He studied in Paris and in Toulouse, France, his mother's home country, and received a theology doctorate in 1898 at Rome's Dominican College.

He was received into the Catholic church April 15, 1902, but was persuaded by Pope Pius X, whom he knew personally, to remain a layman in order to evangelize more effectively among non-Catholics.

After aiding the sick in Thessaloniki, Greece, he moved to Bucharest, where he founded Romania's first free clinic, as well as a hospital and sanatorium, before returning to France to care for the displaced and wounded during World War I.

In 1921, he was awarded the Legion of Honor for helping restore France's diplomatic ties with the Holy See. On Oct. 7, 1923, he was ordained in Paris and was authorized to conduct liturgies in both the Latin and Eastern Catholic rites.

He befriended prominent Catholics such as writers Jacques Maritain and Paul Claudel while ministering in the rough quarter of Villejuif. In the 1930s, he also traveled widely in Europe, Asia and the Americas as a representative of Pope Pius XI.

Ghika returned to Romania at the outbreak of World War II to organize help for refugees and bombardment victims.

Having rejected advice to leave the country after the communists seized of power, he was arrested Nov. 18, 1952, for refusing to break ties with the Vatican and survived more than 80 violent interrogations before being sentenced to three years' incarceration at Romania's infamous Jilava prison, where he died, emaciated, May 16, 1954.

May 16 will be celebrated as his feast day.

"Although these terrible events happened long ago, I think a story like this still speaks to us today," Robu told Catholic News Service.

"Martyrdom isn't just a phenomenon of Christianity's first centuries -- people gave their lives for the faith in recent memory and are still doing so in large numbers now."

The archbishop said it had taken much effort to document Ghika's case because of the systematic destruction of evidence and erasing of records under communism.

"Fortunately, the church has a long memory, although there'll always be many other martyrs whose stories won't be recorded," he said.

World | Romanian priest who died in communist prison to be beatified

12 Catholic women under 40 making a difference