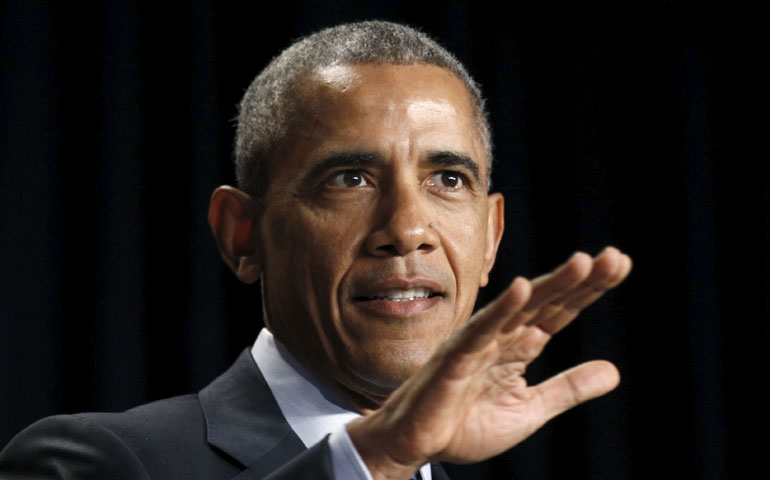 The day the Affordable Care Act was passed in 2010, I was speaking with a friend who worked for the Obama administration. I told her, "Just remember, the sales pitch can't stop." The president had gotten the bill through Congress, but he had not yet convinced the American people that this was a good policy. "Obamacare" was an epithet, not a compliment.

Regrettably, many congressional Democrats did not heed my advice. Most of them talked about other issues because their pollsters told them the Affordable Care Act did not poll well, and campaign consultants only want their candidates discussing issues that poll well.

The problem with this strategy is that the only people talking about the Affordable Care Act in 2010 were the Republicans, and they did not have many nice things to say about it. People began to believe what they were hearing, all of it negative, and support for the law plummeted.

That autumn, the Republicans regained control of the U.S. House of Representatives as Democrat after Democrat was turned out of office in virtually every marginal district in the country.

There was an exception to the silence. In Virginia's fifth Congressional district, Rep. Tom Perriello defended his vote for the law. He defended the Affordable Care Act at virtually every campaign stop. He ran ads defending his vote. His campaign literature highlighted his support for the new law and the positive benefits that would accrue to the people of his district. And what a district: It leaned heavily toward the Republicans and Perriello had only won it two years prior by the slimmest of margins.

On election night, Perriello lost, but it was very close, 50.8 percent to 47.1 percent. By contrast, in Ohio's 16th Congressional district, incumbent Democrat John Boccieri lost by more than 10 points, and in Pennsylvania's third Congressional district, Kathy Dahlkemper lost by 55.7 percent to 44.3 percent. They had voted for the health care act, but failed to campaign on the issue, and they were trounced by GOP opponents who spoke of nothing else.

I take this trip down campaign memory lane for a reason. In February, E.J. Dionne wrote an important column in The Washington Post urging Democrats running this year to defend President Barack Obama's record.

Dionne noted that many things argue in favor of a Democratic victory in November. Demographic shifts tilt toward the Democrats. The GOP appears deeply divided between its tea party wing and its establishment wing. But it is relentlessly united on its core message.

Dionne writes: "If there is a common element in the rhetoric of all the Republican candidates, it is that Obama's presidency is an utter disaster, and he is trying to turn us, as Rubio keeps saying, into 'a different kind of country.' ... You can laugh or cry over this, but it is a consistent message, carried every day by the media whenever they cover the Republican contest."

Dionne goes on to point out that the Democratic candidates necessarily need to distinguish themselves not only from each other, but from the incumbent. And while there are extreme elements within the Democratic Party base to be sure, the two candidates for the nomination are not allergic to nuance like their Republican counterparts are.

This leads to a constant calibration of the message by the candidates, not "dissing" the achievements of the Obama administration, but recognizing that more work needs to be done and making the case that they are the person to accomplish that "more."

As Dionne writes, "Because so many Americans have been hurt by rising inequality and the economic changes of the past several decades, neither Democratic candidate can quite say what hopefuls representing the incumbent party usually shout from the rooftops: Our stewardship has been a smashing success and we should get another term."

The power behind the candidacy of Vermont Sen. Bernie Sanders relies entirely on this fact of inequality's harms being perpetuated even with a Democrat in the White House.

He applauds Obama, and gives him credit for leading the country out of the economic abyss left to him by George W. Bush, but Sanders has to be careful about making the case that, for example, Tim Geithner's tenure as treasury secretary did nothing to alter the subservience of the nation's political class to Wall Street, still less to question the business model Wall Street represents.

Obama promised large change and most of us got small change, metaphorically and literally.

Former Secretary of State Hillary Clinton lashes herself to the mast of the SS Obama every chance she gets, in part because her path to the nomination requires that she get a substantial percentage of the votes of African-Americans. She is further hamstrung by that fact that she was Geithner's colleague and would likely appoint some of the same economic advisers that have surrounded Obama.

There is the further complication of some truly bad choices she has made in the past, such as taking obscenely large speaking fees from Goldman Sachs. She especially needs to find ways to articulate how she will channel some of the "Occupy Wall Street" rage that is fueling the Sanders' candidacy if she becomes president.

Nonetheless, while they have to distinguish themselves from Obama, Dionne is correct to insist that they defend the record.

"If Clinton, Sanders and their party don't provide a forceful response to the wildly inaccurate and ridiculously bleak characterization of Obama's presidency that the Republicans are offering, nobody will," he writes.

They should not ask their pollsters what they think. They can't risk another 2010 GOP tsunami. The Democratic candidates can both defend the record, especially by challenging the lies coming from the other side, and yet distinguish themselves, charting a different course.

A version of this story appeared in the Mar 11-24, 2016 print issue under the headline: Obama's record at heart of campaign.