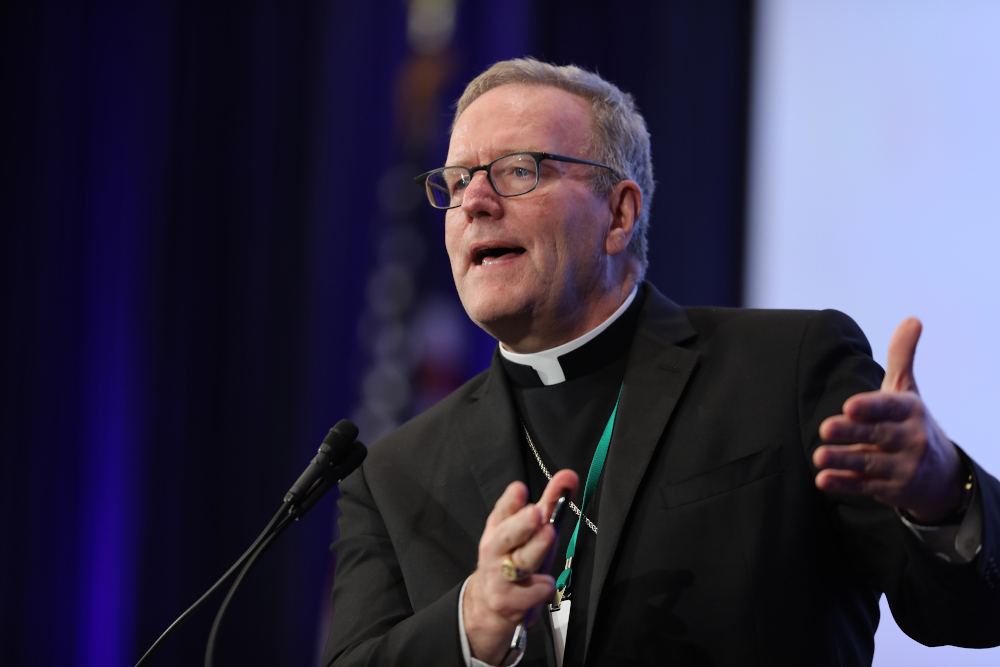 The U.S. bishops seem determined to turn their conference, once the model for other countries, into a nothing burger.

Detroit Archbishop Allen Vigneron presented the 2021-2024 "Priorities and Plans" and the consultation among the bishops that led to their formulation.

The first item is "Evangelization: Form a joyful band of missionary disciples of Jesus Christ." The items under this heading were not earth-shattering, and they lacked the Holy Father's heartfelt way of discussing evangelization. They were unobjectionable but nothing more.

The second priority covered the most terrain: "Life and Dignity of the Human Person: Serve the Common Good as the leaven in a free society." The items included a mix of concern for migrants, efforts to "heal the scourge of racism and religious intolerance," and the more traditional life issues such as the fight against abortion and euthanasia, and the promotion of traditional marriage. There was also a brief mention of the environment. Of Amoris Laetitia, the apostolic exhortation that followed the 2014-15 synod on care of the family, there was no mention at all.

The third priority focused on protecting children and the last on vocations. The priorities and plans were adopted by a vote of 214-4 with 2 abstentions. The whole could have been adopted under the pontificate of Pope Benedict XVI.

Boston Cardinal Sean O'Malley, who recently completed his ad limina visit to Rome with a group of U.S. bishops, told the body about the status of the Holy See's investigation into the career of former cardinal Theodore McCarrick. He said it was being translated into Italian for the Holy Father, and that it is a "hefty" document. He did not mention before the body, but NCR learned later, that at the very moment last week when Vatican Secretary of State Cardinal Pietro Parolin was asked about the state of the McCarrick investigation, a brief earthquake shook Rome. Yowser.

Read this next: Bishop Barron urges bishops to help bring people back to the church

Los Angeles Auxiliary Bishop Robert Barron gave a presentation on the "nones" and evangelization. There is something disturbing about the way he discusses beauty, and it was not made less creepy because he talked about it in Latin as the via pulchritudinis, the way of beauty. If you look to art and the aesthetic sensibility primarily for their utilitarian value as avenues for apologetics, how long will it be before you are no longer appreciating the aesthetics and find yourself engaged in propaganda?

I continue to regret his insistence on the idea that an impediment to evangelization is the "dumbing down of the faith" he believes has plagued the post-conciliar church. Did the ability to memorize the Baltimore catechism signify a smartening up of the faith? His focus here betrays the real problem with Barron's approach: The Baltimore catechism provided a fine apologetics to answer the charges against the faith made by the ambient Protestant culture. What Barron presents today as evangelization is more properly labeled apologetics. He intellectualizes everything when effective evangelization requires witness more than explanation.

Most people seeking a spiritual path seek God. They are not persuaded by someone who thinks he holds the secrets to the divine. What is more, it is a little unseemly that most of the "answers" Barron proposes can be found on sale at his Word on Fire ministry.

All in all, the first day of the conference was depressing. We will see what today brings.