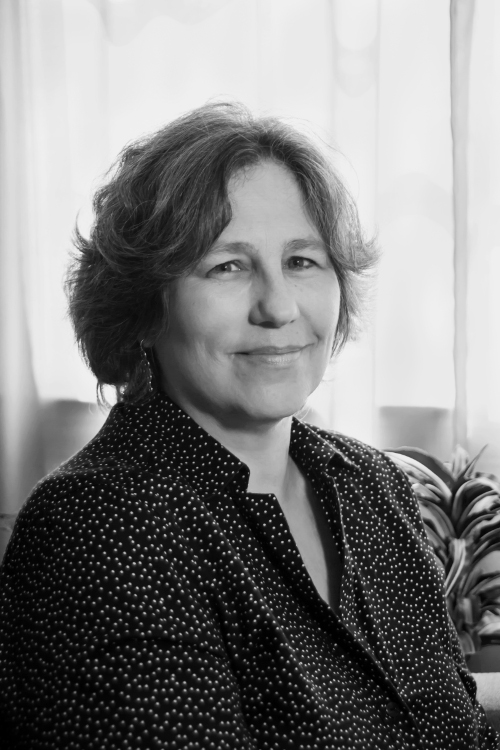 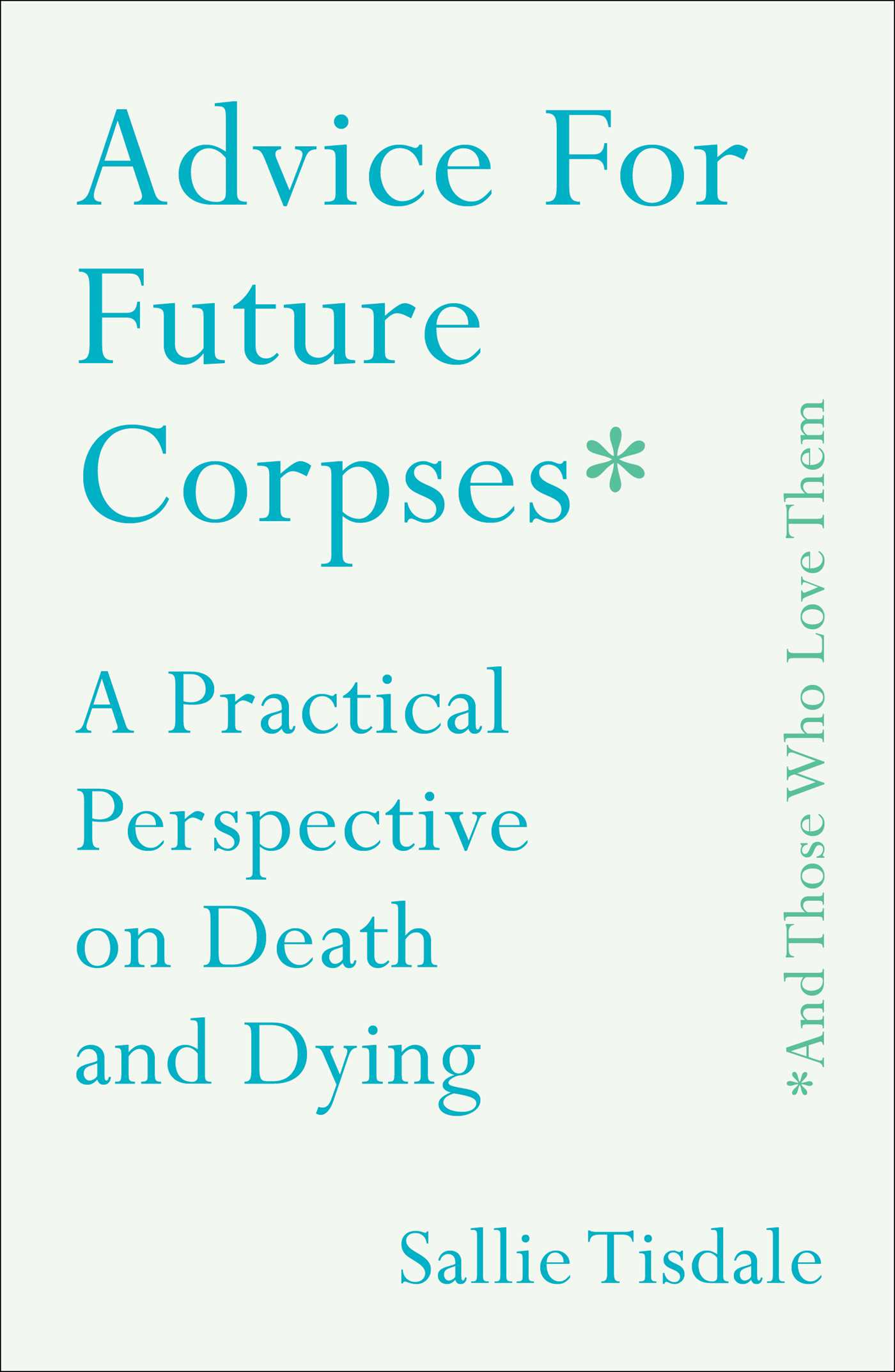 ADVICE FOR FUTURE CORPSES (AND THOSE WHO LOVE THEM): A PRACTICAL PERSPECTIVE ON DEATH AND DYING
Sallie Tisdale
240 pages; Published by Touchstone
$25.99

Back in high school, two years in a row, we had a retreat master who relished the session he did on death.

"You will die," he'd intone in a very theatrical way that was meant to scare the bejesus out of us, teens that we were. It was part and parcel with a pre-Vatican II theology that saw death as a hammer hanging over the sinner: Don't make a misstep. At any moment, you could be dead! 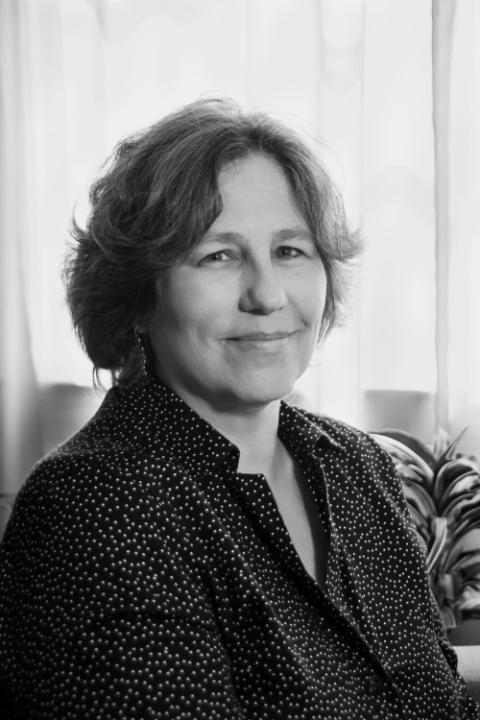 Sallie Tisdale's Advice for Future Corpses (And Those Who Love Them): A Practical Perspective on Death and Dying presents a much more balanced view of the end of life and, as the title indicates, contains more than a bit of humor. While not religious in an institutional sense, her book contains the spiritual message that life is richer when you recognize that death is coming. That death is a part of living — indeed, a key component of living — and, as such, part of God's creation.

Tisdale notes that modern Americans, particularly baby boomers like her, "choose not to notice" the reality of death. "We pretend that what we absolutely know to be true somehow isn't true. But the nasty surprises can't really be avoided."

That's for sure. As the retreat master said, "You will die." And so will I. And so will everyone in our daily lives and in the wider world — the cashier at McDonald's, the Uber driver, the president, the pope, this homeless woman at the corner, that new baby in his father's arms at the baptismal font.

That's the key message for Tisdale, who looks forthrightly at all that dying can entail, such as pain and intrusive friends and loose bowels and fear and burial and denial and cremation and coercive family members and gentle caregivers. Death, she writes, can even be beautiful:

Despite many costs, for a grieving person cremation can have a kind of stark beauty. George Bernard Shaw watched his mother's body enter the crematorium, feet-first: "The feet burst miraculously into streaming ribbons of garnet colored lovely flame, smokeless and eager, like pentacostal tongues," he wrote, "and as the whole coffin passed in it sprang into flame all over; and my mother became a beautiful fire." If you pay attention, burning has a blunt impact that is hard to deny.

Don't expect Tisdale's book to offer "12 rules for your final days" or "10 ways of getting the most out of the death experience." It's not that sort of self-help book. Instead, Tisdale is a thoughtful, informed, experienced, emotionally sensitive conversationalist who knows death close up from her work as a nurse, often with the elderly and the dying. As for life, she's given that a lot of thought too, as evidenced by her 2000 book about food, The Best Thing I Ever Tasted, and by her 1994 book about sex, Talk Dirty to Me.

At bottom, Advice for Future Corpses says: Don't turn away. It says that death can be an enriching experience if you approach it with open eyes. "What do you want to do? Do you want to meet death with devotion, love, a sense of adventure, or do you want to rage against the failing light? Cultivate those qualities now. Master them. Then you will have a deep and not even conscious attitude," Tisdale writes.

What does the author herself want? "I want to meet death with curiosity and willingness."

She is aware that she can't know exactly what she will face at the end. She knows she's likely to be afraid, likely to have some discomfort or pain, likely to feel great sadness. There will be much she can't control. But she can control whether she closes her eyes to this part of life or keeps watching as she goes through it.

For caregivers, Tisdale's message is the same — pay attention. In this case, it means to listen to the dying person, really listen. "Listening isn't that complicated," she writes. "It's hard, but it's not complicated."

The point is to do for the patient, not to the patient. For instance, is the family making a decision based on what the dying person wants or based on what will make the members feel better?

A lot of it — the listening and the caregiving — comes down to being quiet:

We may struggle against it, but silence is part of this world now. Silence is attention. Attention on this, right here, right now. Attention to the hand against the sheet, the texture of the cotton, the cool cotton. … All this is silence, filled with the music between words, what you might call the music of the spheres — the world's hum. The faint vibration of breath and muscle and time.

It doesn't matter what your beliefs are. We, as human beings, know that dying is as sacred a moment as being born. God is present in the final moments of a life just as much as in the moment of a first step or a first kiss or the endless daily routine of making a meal or the hug of sorrow, the embrace of joy.

You can't read Tisdale's Advice for Future Corpses without standing in awe of the sacredness of our final moments, breathing in, breathing out, the last heartbeats of our life on this planet.

[Patrick T. Reardon is the author of eight books including Requiem for David, a collection of poetry about his brother who committed suicide.]

A version of this story appeared in the March 8-21, 2019 print issue under the headline: 'Future Corpses' reminds us: Death isn't an 'if'.