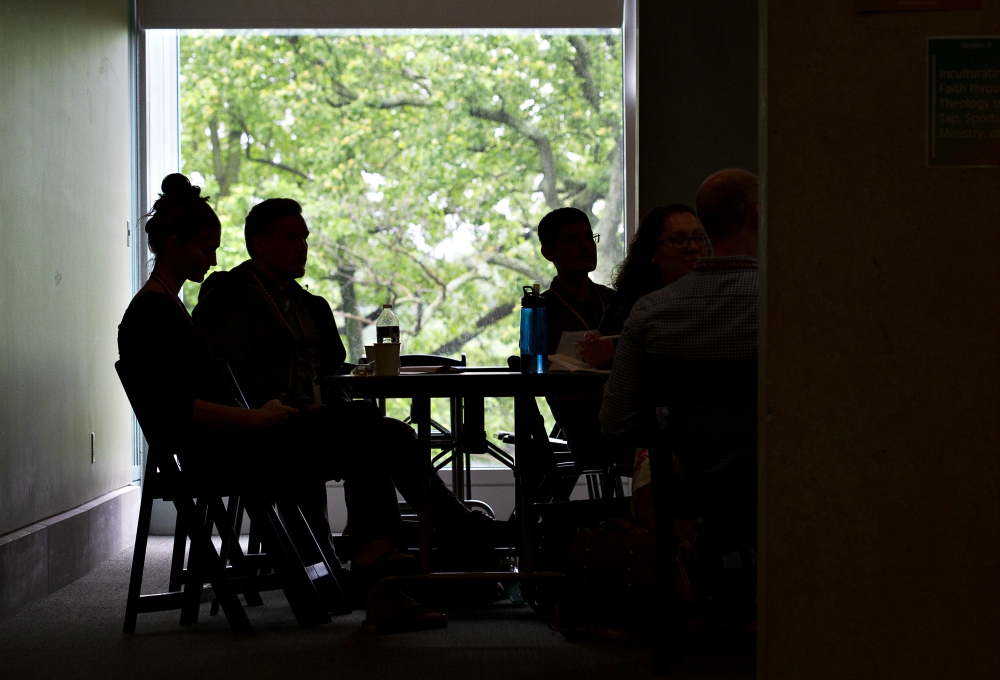 Catholic leaders are seen in a breakout session May 16 during the National Young Adult Ministry Summit at the St. John Paul II National Shrine in Washington. (CNS/Tyler Orsburn) 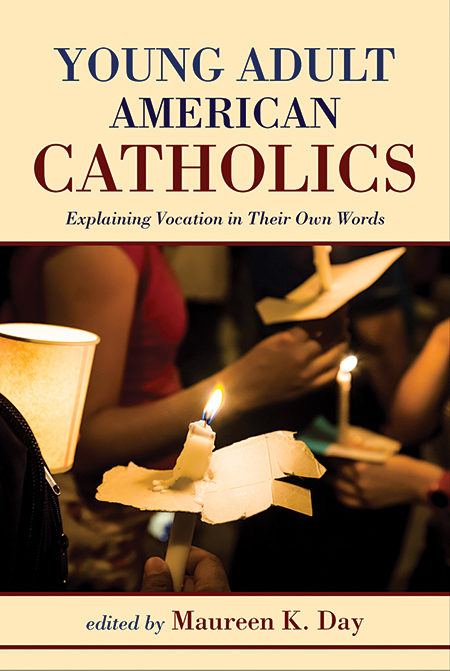 Young Adult American Catholics: Explaining Vocation in Their Own Words opens a unique window to what is one of the U.S. church's most critical challenges — facing the exit or indifference of a large segment of its younger members.

According to the Pew Research Center and other researchers, religiously unaffiliated Americans increased from just over 16 percent of the U.S. adult population in 2007 to nearly one in four today. The same research indicates the movement toward becoming a "none" is exponentially higher among the young, including Catholics.

In the preface and introduction respectively, Jerome Baggett and editor Maureen Day gently coach readers to bracket their own opinions and just listen as objectively as possible to what the young people share.

This is significant. While young adult Catholics are a "subset" of the American Catholic population, the book makes it amply obvious the cohort is greatly varied.

It was helpful for this reviewer to shelve reactions and just listen. The young essayists uniformly presented cogent outlines of sincere, closely held convictions and how they arrived at them. The reader need not argue or applaud.

Day hopes the book might "allow a way for readers to get to know a subset of young adults they might not otherwise encounter" in a "spirit of encounter ... so that they may look, listen, draw nearer to young adults, and offer them compassionate pastoral care as modeled by the ministry of Christ." 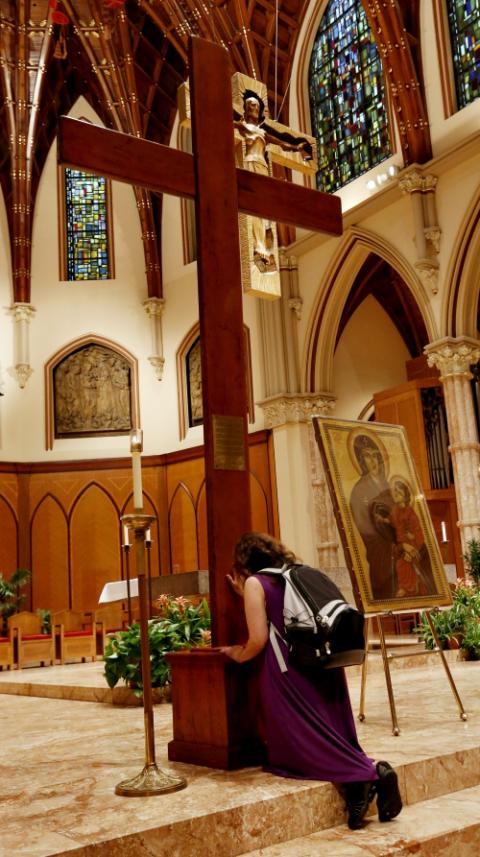 Keep in mind, points out 26-year-old contributor Rebecca M. Freeman, that "Christ himself was probably around 30 years old when he broke into his public ministry," and that "Mary was raising the son of God in her twenties after giving birth to him as a teenager."

The book's timing is purposeful as the global church was beginning October's Synod of Bishops in Rome with its theme of "young people, faith and vocational discernment." Young Adult American Catholics is organized into 13 topical sections that include issues such as Latinx diversity and views, loose-tether Catholicism, parish life, lay organizations, lay ecclesial ministries, young women religious, recently ordained men and more.

The 13 sections are, in turn, divided into three parts or points of consideration with which to consider vocation. The initial grouping of essays, titled "Vocation Through the Life Course," follows the authors from college days through the immediately following years of discerning life directions such as marriage, employment, parenthood, lifestyle.

Each of the 13 sections is introduced by a top-notch scholar in that particular field, many of whom will be quickly recognizable to reading Catholics. Examples:

Several of these scholars' commentaries could easily be standalone commentaries in a wide array of Catholic or other publications.

For example, Kathleen Garces-Foley's primer on what is being called "emerging adulthood" — roughly post-college years until late 20s or the new marriage-ish years — is tightly packed and informative. Keep an eye out for the Marymount University (Arlington, Virginia) religious studies professor's upcoming book on the spiritual lives of American 20-somethings.

The standalone quality is just as true for many of the young Catholic authors. Clear, poignant, candid prose is the standard.

Twenty-two-year-old Madeline Lewis' overview of her just-ending undergraduate years at Notre Dame, for example, pulls the reader right into her initial angst and future delight. A prediction: You will hear more from this talent in the future, and not just because she can employ the usage "snot-all-over-your-face kind of cry" compellingly.

The young contributors are largely California-connected by residence, education or employment. That said, it is eye-opening to read of their mobility as they bounce around the country and the world for education, ministry, insight and adventure.

As noted, the book is faithful to Francis' insistence that all voices are welcome, from deeply devotional Catholics to agnostics. Young Adult American Catholics' stable of authors are all well-educated and articulate. Perhaps somewhat absent are voices of young adult Catholic baristas, beauticians, electricians, construction workers, cab drivers, dental assistants and car salespeople.

There are some general takeaways from the young persons' observations regardless of where they might fall in the left-to-right continuum (too often used to characterize us Catholics) or their current life place:

The book could be a valuable tool on many fronts, in addition to simply providing its reader with a panoramic sense of young adult Catholics. Parish leaders could be better-informed in the evaluation of young adult outreach. Diocesan planners could gain insight into specific challenges, such as ministry to the LGBTQ community or to young Hispanics. Lay organizations might have light bulbs come on about involving young adults in their perhaps flagging apostolates.

A version of this story appeared in the Oct 19-Nov 1, 2018 print issue under the headline: Young essayists share their spiritual journeys.