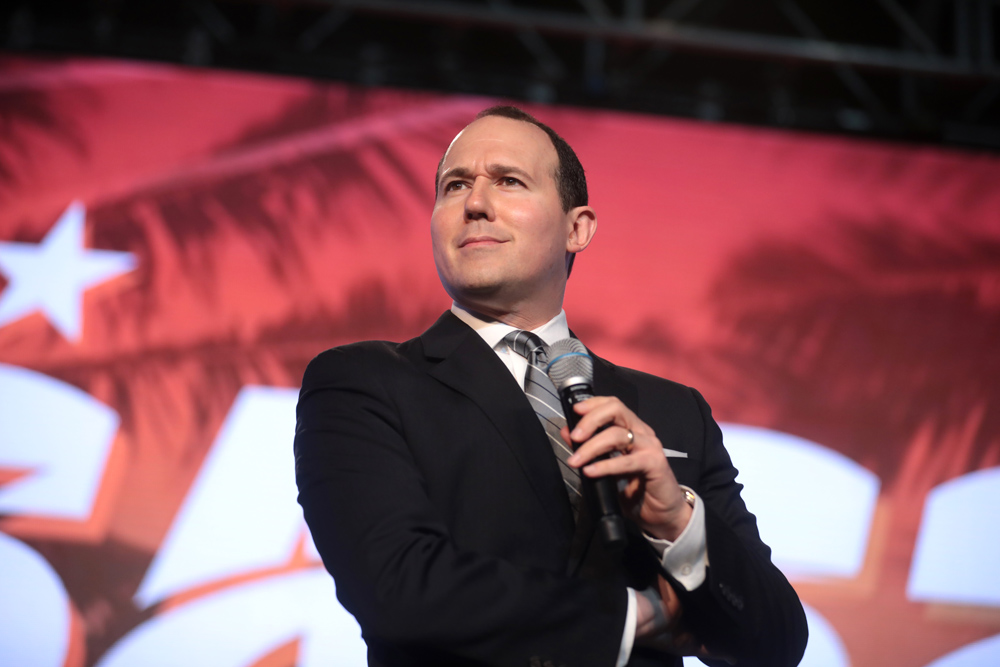 EWTN's iconic host, Raymond Arroyo, no longer even makes any attempt to appear balanced when discussing the church. If his guest is an ally, he displays no inquisitiveness in his interviews. This is not a news program anymore but simply a propaganda arm of the anti-Francis, pro-Trump Catholic brigade.

Last week's show was especially bad. First up was a segment with the "papal posse" — conservative writer Robert Royal and Fr. Gerald Murray — about the Washington appointment of Archbishop Wilton Gregory. Royal said that this appointment amounts to "Cardinal Wuerl by other means" and said he did not see this shift as a changing of the page. Arroyo said a Washington Catholic said the appointment amounted to "business as usual." Murray said Gregory needed to find out what happened in the McCarrick case, although there is nothing in the Washington archives that would explain how McCarrick came to be appointed to Washington.

Later in the segment, Arroyo brought up Pope Francis' comments on the death penalty during a press conference on the plane back from Morocco. Murray said: "This is an extremely serious problem, Raymond, the pope does not have the power to change the teaching of the church … that the death penalty is moral in some cases." He said that if Hitler has been executed it would have been a good thing. Note to Murray: When you invoke Nazi analogies, you have almost always lost your argument. Arroyo suggested the death penalty allows people to get their soul in order before death.

Then the posse moved on to criticize the pope because of his defense of migrants, and Royal noted that in Europe, the people are not in agreement with the pope, a criterion never introduced during the pontificate of John Paul II on, say, the issue of contraception. He echoed the kind of nationalistic impulses that we hear from right-wing politicians here in the U.S. and in Europe.

So, it was no surprise that the next guess was former White House aide and Trump confidant Steve Bannon. Arroyo began by quoting what the pope said about building walls to keep out migrants in the post-Morocco presser, and those who build them. Bannon said, "I've got a problem, not with the dogma, or the theology, but he has been after the populist, nationalist sovereignty movement since he became pope. … He takes the side of the globalists, the Macrons of the world, the Merkels of the world in every situation." When Arroyo said the pope would say he is merely applying church teaching, Bannon complained the pope was taking sides and that if he wanted to apply church teaching he should be talking about "sovereignty and subsidiarity."

Only in Bannon's crimped moral vision does opposition to right-wing populism make one necessarily a supporter of globalism, if by globalist you mean a commitment to neoliberal economics. Francis is the leading opponent of neoliberalism on the world stage, and he enjoyed that status before Trump became president or Matteo Salvini became deputy prime minister in Italy. He will enjoy it long after they depart the political stage, God willing. Francis, in a long line of Catholic teaching that stretches back to Pope Pius XI's condemnation of the "poisoned spring" of libertarianism, does not, and could not as pope, support neoliberal economics, but he also could not as pope endorse the hateful, bigoted world view of Bannon, Trump and others. I do not know about anyone else, but the fact that Bannon is so critical of Pope Francis only makes me love the Holy Father even more.

The conversation turned to China and the revival of a Committee on the Present Danger of which Bannon is a part. The former advisor asserts that China is an "existential threat" to the U.S. and they wish to become a new hegemon, that this has long been evident in their economic policies and now in their cyber-warfare efforts, and slides into a condemnation of the Vatican's agreement with the Chinese government that unified the two wings of the Catholic faith in that vast country. Bannon describes Retired Hong Kong Cardinal Joseph Zen as "the holiest man in Asia," which might well be the case, but how would Bannon know?

People can debate the wisdom of the China deal from here to eternity. But, arguing that President Xi is "more radical than Mao Zedong" is the kind of excessive claim that undermines Bannon's argument. Bannon is not speaking to reason. He is speaking to "the deplorables," as he still refers to them, and soon enough is talking about J.D. Vance, "the great sociologist," and his book Hillbilly Elegy, and he defends Trump's trade talks with China, and says President Xi Jinping pursues "predatory capitalism" and the Catholics in China are the most saintly people in the world, and the Chinese will dominate advanced manufacturing, and he speaks so fast, and brings in so many references, that it is like watching the verbal equivalent of pinball. You want to shout "Tilt" at the TV screen. It is easy to see how this man could mesmerize Donald Trump as effectively as Rasputin mesmerized the Empress Alexandra.

Bannon discussed the sex abuse crisis — "leave the theology aside, leave the dogma aside" — and predicted the Catholic Church would be liquidated financially in the years ahead as the federal government pursues Racketeer Influenced and Corrupt Organizations Act, or RICO, investigations. He said the only remedy was for the laity to step up, "conservative Catholics and progressives, leave your politics aside," and essentially take over all administrative functions of the church. It is worrisome to see him parrot the talking points of the Napa Institute so effectively. And, like them, his constant invocations to "leave aside" important tradition and convictions makes me think that he is the kind of zealot who thinks anyone who disagrees with him must have bad motives or some kind of invincible ignorance, so clear is the truth of his worldview. Such zeal is profoundly dangerous.

The conversation finished with a discussion of Bannon's own institute, absurdly named the Dignitatis Humanae Institute. I am willing to bet Bannon has a rather limited grasp of the theological issues involved in the document that has lent its name to his institute. Bannon calls it his "gladiator school," praises Marine Le Pen for a similar project, states the goal is "to help educate people on the tenets of the Judeo-Christian West," and "instill the single-mindedness of a gladiator," so they can defend the Treaty of Westphalia and he repeats the phrase "the Judeo-Christian West" as if it is a magic spell. I am guessing there are whole aspects of the Judeo-Christian tradition that will not be a central focus at this gladiator school: for example, do you think Bannon realizes that gladiators were slaves?

I kept wondering: When would Arroyo push back against Bannon's facile discussion of politics and asinine discussion of church teaching? When would he probe more deeply, get past the fast-paced slogans? Nope. His interview of Bannon had all the journalistic integrity of Laura Ingraham's interview with the president. The follow-up questions were of the "tell us again if you are the greatest of all time, or only the greatest since Lincoln?" quality, not exactly designed to reveal what is hidden or expand the audience's knowledge.

Is Arroyo auditioning for a regular spot on Fox News? They can have him. Arroyo has no place on a Catholic station.