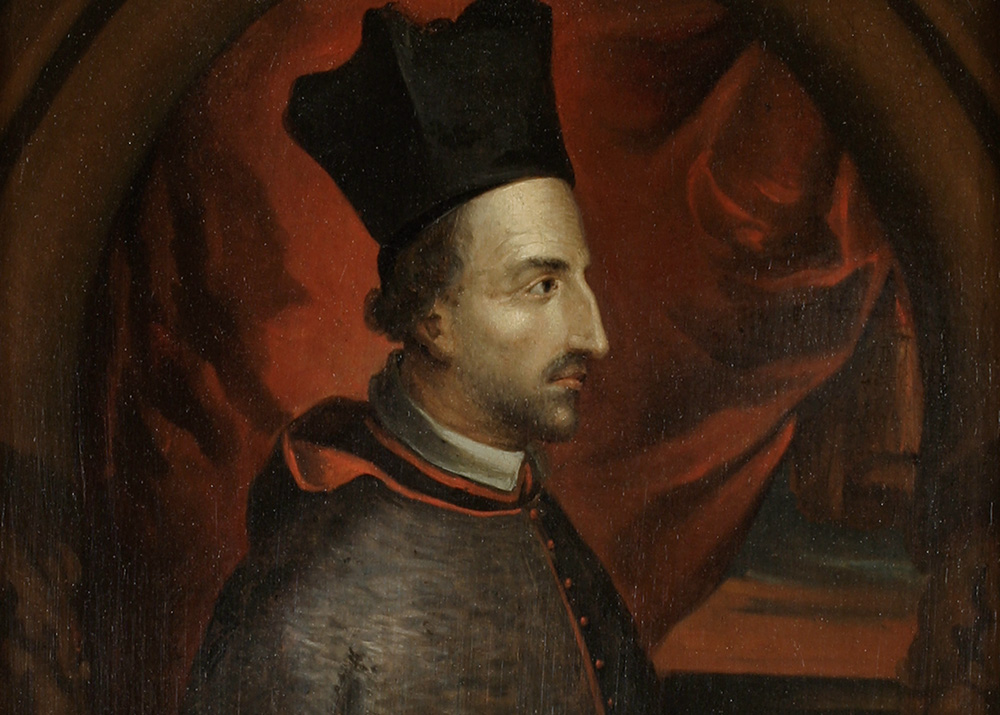 George Weigel did the church a great service last week when he published an article in First Things applauding Los Angeles Archbishop José Gomez's churlish statement about Joe Biden on Inauguration Day. Apparently, and unsurprisingly, Weigel knows about the inner workings of the U.S. bishops' working group formed to deal with the Biden administration, and he confirmed what many of us had suspected. Not content to have rained on Biden's inaugural parade, the "second initiative proposed by the Working Group was the development of a conference statement on the Church's eucharistic coherence."

Weigel's admiration for the tone and content of Gomez's statement as president of the U.S. Conference of Catholic Bishops was predictable. You would almost think he might have had a hand in drafting it. Both complained, in addition to abortion, about Biden's position in favor of gay marriage, his different understanding of the need to balance religious liberty claims with other legal rights, and his commitment to making contraception more available to women no matter where they are employed.

The column by Weigel, like the statement from Gomez, both fail to acknowledge that Biden's predecessor had brought the country to the abyss in many ways: 400,000 deaths, some percentage of them due to Donald Trump's mishandling of the response to the coronavirus; four years of inaction on climate change, an issue with a claim on the conscience of all who profess to be pro-life; separating children from their parents at the border and ignoring the plight of refugees; finishing his term with a series of executions, unprecedented in decades; and, in the last two months, trying to overturn the results of an election by unconstitutional means and, finally, by inciting a mob to violence that claimed the lives of five people. When that happened, Gomez issued a brief, 124-word statement. His statement on Inauguration Day ran to 1,250 words.

I suppose neither Weigel nor Gomez thinks Trump led the nation to the edge of the abyss. Did they think he was leading the church to the threshold of hope?

Weigel claims that Gomez's statement was pastoral. How does he conceive of being a pastor? Shouting items from the catechism at people? You do not need a pastor for that. An algorithm will do.

Besides, if this statement was genuinely pastoral in nature, why did the working group and Gomez not consult with Biden's actual pastors? Did he ask what pastoral approach they would take? Is the president of the bishops' conference now the grand imam for every U.S. Catholic?

The reference to the working group crafting a statement on "eucharistic coherence," however, is the most alarming. It pulls back the curtain on the real goal for establishing this working group. They do not seek to engage the new president with the goal of advancing the common good, not provide him with pastoral care. They want to position the entire episcopate of the United States such that it becomes inevitable that Biden is declared unfit to receive Communion.

Like Weigel, I think our new president is wrong about abortion. (More on that Friday.) However, I do not think I have so completely mastered the mysteries of God that I would feel confident in barring Biden from holy Communion. Indeed, I hope Biden, like me, looks upon the Eucharist as the medicine of mercy that it is.

As the Holy Father taught in Evangelii Gaudium, citing St. Ambrose: "The Eucharist, although it is the fullness of sacramental life, is not a prize for the perfect but a powerful medicine and nourishment for the weak."

Weigel's stance evidences the hubris of the Pharisee in the synagogue: "The Pharisee, standing by himself, prayed thus: 'God, I thank you that I am not like other men, extortioners, unjust, adulterers, or even like this tax collector' " (Luke 18:11).

Weigel thinks grace can come to him and those like him, but he can decree to whom grace cannot come. He seems not to recognize that grace works in mysterious ways, that it rarely comes in an instant but works its way gradually into the human soul. He should re-read Pope Francis' observations in Gaudete et Exultate:

Those who yield to this pelagian or semi-pelagian mindset, even though they speak warmly of God's grace, "ultimately trust only in their own powers and feel superior to others because they observe certain rules or remain intransigently faithful to a particular Catholic style." When some of them tell the weak that all things can be accomplished with God's grace, deep down they tend to give the idea that all things are possible by the human will, as if it were something pure, perfect, all-powerful, to which grace is then added. They fail to realize that "not everyone can do everything," and that in this life human weaknesses are not healed completely and once for all by grace. In every case, as Saint Augustine taught, God commands you to do what you can and to ask for what you cannot, and indeed to pray to him humbly: "Grant what you command, and command what you will."

The historical comparison is obvious: The threat posed by Weigel today is akin to the threat of Jansenism in the 17th century. He is flirting with the stuff of schism.

When, in 1640, the collaborators and disciples of the recently deceased Cornelius Jansen published his book Augustinus, they were not planning to start a schism. When Jansen's collaborator, the abbé de Saint-Cyran, became the spiritual director at the Cistercian monastery of Port-Royal in 1634, and began implementing his devotional policies on the nuns there, he was not intending to begin a schism. They, too, were convinced that they were rescuing the church from laxity. They, too, had a knack for being fixated on sexual purity as the key indicator of Catholic identity.

Politics and theology, then as now, were all mixed up together. Some 17th-century politicians, most notably Cardinal Richelieu, took notice and, as Joseph Bergin explains in his book Church, Society, and Religious Change in France, 1580-1730, worried that their extreme views "made a normal life within lay society incompatible with Christian living, and that it would drive those subjected to it either to outright despair or withdrawal from the world." Thanks be to God, our government leaders do not and cannot put anyone in prison as Richelieu did to Saint-Cyran!

There were many deep and difficult theological issues at play in the Jansenist schism. Interestingly, the most central issue then, as with today's Jansenists, had to do with the reception of holy Communion. The Jansenists, then as now, were trying to limit the freedom of opinion open to Catholics – and their opponents were the Jesuits! Bergin writes that the Council of Trent "actually feared the dangers of making definitive pronouncements on questions that had remained undecided for centuries."

He adds, "Its decrees on fundamental issues of original sin, the freedom of the human will and predestination to salvation or damnation ... were compromises that left the door open to further discussion and, therefore disagreement."

Jansen wanted to close that door, as does Weigel and, apparently, so, too, does the bishops' working group.

The Catholic Church in France could not solve the problem of Jansenism on its own. Pope Clement X, in the 1713 bull Unigenitus, condemned 101 specific tenets of Jansenism. It took years for the reception of the papal bull to be complete: No less a personage than Cardinal Louis Antoine de Noailles of Paris harbored Jansenistic leanings and only delivered his unconditional submission to the bull shortly before his death in 1729, 16 years* after the promulgation of the papal decree. Those intervening years were a time of functional schism.

The Jansenism of today will also be solved only with the intervention of the Holy See. Francis should understand that there is a Jansenistic functional schism in the church and that it has infected the hierarchy and the clergy, just as its predecessor did 300 years ago.

The boil must be lanced and the healing will not be quick. It is foolish to think we are immune to the kind of turmoil that afflicted Catholics in previous times. We have learned to our horror that democracy is more fragile than we had thought. So, too, is the communion of the church of Jesus Christ.

*The number of years has been corrected from an earlier version.