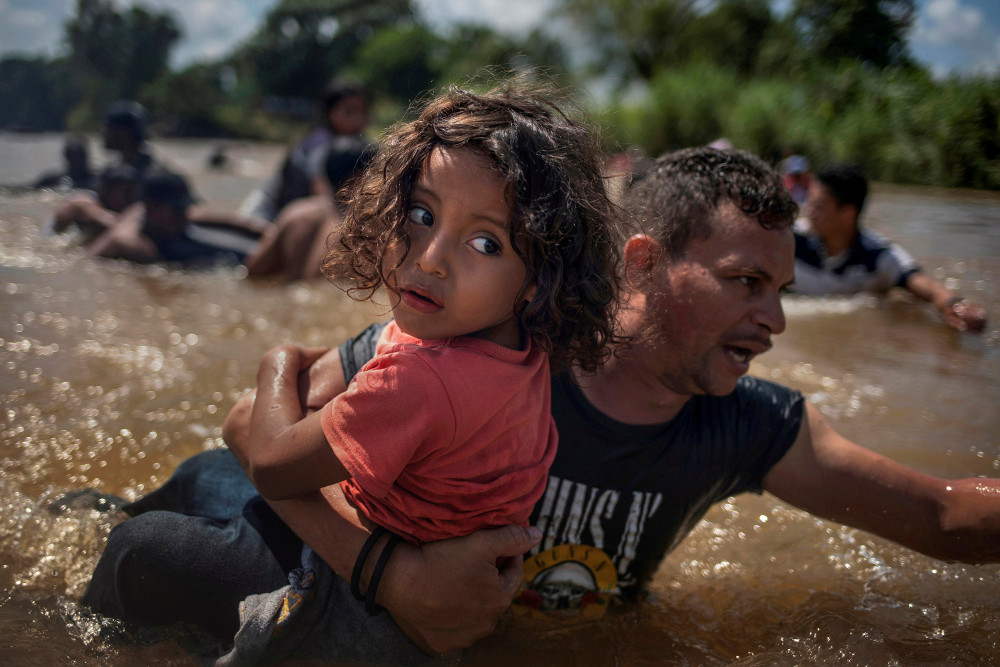 Last week, the estuary where politics and religion mingle was dominated by discussions about abortion, and I will have more to say on that later this week. But, today, I would like to focus on President Donald Trump's rollout of a new approach to immigration policy. One of the central objectives of the policy proposal will be to implement a "merit-based" system for admitting immigrants legally, rather than the current system which prioritizes family members of those already here.

Ironically, Trump entrusted the policy rollout on Capitol Hill to a member of his own family, Jared Kushner, who met with Senators May 16 and left them with the impression he is clueless when it comes to the issue. The Washington Post cited an individual "familiar with the meeting" who said: "He's in his own little world. He didn't give many details about what was in [his plan]. … And there were a number of instances where people had to step in and answer questions because he couldn't." Maybe young Kushner should go back to making peace in the Mideast.

The idea of turning to a "merit-based" system that prioritizes migrants with special skills and high levels of education is already supported by some hardline Republican senators. Sens. Tom Cotton, of Arkansas, David Perdue of Georgia, and Josh Hawley of Missouri introduced the RAISE Act last month. Their proposal also reduced legal immigration over time, something Trump apparently does not want to do at this time. But, the core idea is the same.

"Our current immigration system is broken and is not meeting the needs of our growing economy," said Perdue in a press release announcing the introduction of the legislation. "If we want to continue to be the global economic leader, we have to welcome the best and brightest from around the world who wish to come to the United States legally to work and make a better life for themselves. This will require a skills-based immigration system that is pro-growth and pro-worker. The RAISE Act is proven to work and is still the only plan that responds to the needs of our economy, while preserving quality jobs and wages for American workers."

There is no constitutional requirement that a public policy cohere with Catholic moral teaching, to be sure. But, let's call this "merit-based" system what it is: Eugenics for immigrants. In its earlier iteration, eugenics aimed to prevent those deemed to lack "merit" from procreating. "Three generations of imbeciles are enough," thundered Supreme Court Justice Oliver Wendell Holmes, Jr., in 1927, before eugenics got a bad name at Auschwitz.

Now, corporate America gets to play the part of deciding who does and does not get to be treated with that equal human dignity both the Gospel and the Constitution take as their most basic premise. Corporate America tells the government what kind of foreign workers it needs, and the government lets those workers move to the front of the line. Why should the needs of the impersonal "economy," or the needs of the corporate titans who hide behind economic theories, take precedence over our moral values? Christian moral theology recognizes that the people with the greatest claim on society and government are those in need, not those with special skills. An immigrant is a human person. Is the president and his party saying that the proper assessment of "merit" is an economic assessment, not a moral one? What about an unborn immigrant child? Do they lack the "merit" human dignity confers? 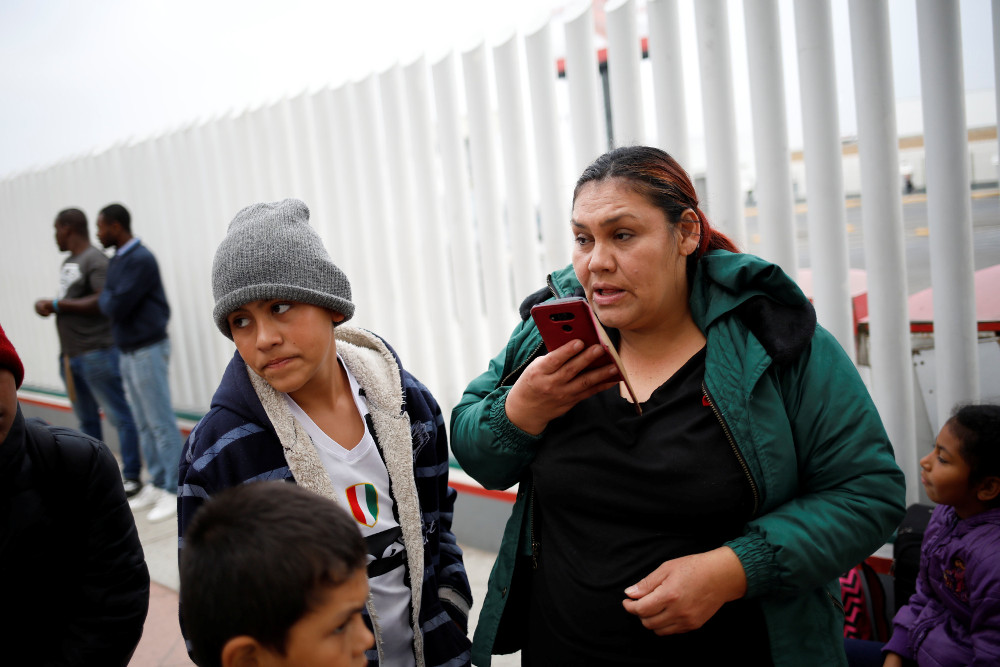 Asylum seeker Antonia Portillo Cruz speaks on the phone in Tijuana, Mexico, April 25 before crossing to the U.S. to appear in front of an immigration judge. (CNS/Reuters/Andres Martinez Casares)

The U.S. bishops were quick to put out a letter, signed by four relevant committee chairmen, voicing their opposition to a bill that would confer equal rights to members of the LGBT community. The statement they did issue is totally inadequate.

"While we appreciate that the President is looking to address problems in our immigration system, we oppose proposals that seek to curtail family-based immigration and create a largely 'merit-based' immigration system," said Cardinal Daniel DiNardo, president of the bishops' conference. "Families are the foundation of our faith, our society, our history, and our immigration system. As Pope Francis notes: 'Family is the place in which we are formed as persons. Each family is a brick that builds society.' "

I do not recall them acknowledging the good faith of those who support the Equality Act. And, really, what is there to "appreciate" about this president's attempts "to address problems in our immigration system"? After all, it is heavy with racism and, in the event, likely to affect mostly our coreligionists from Central America. Many Catholics come to Washington every January to protest Roe v. Wade. Will they come to Washington in similar numbers to protest this social Darwinism?

One expects this kind of morally asinine behavior from the president, but I confess I am surprised that so many conservative members of Congress support this kind of "merit-based" immigration system. They are not stupid people. They are not immoral people. They are people for whom a commitment to Christian faith, and the values that flow therefrom, has been wildly distorted by its entanglement with the Republican Party. They are equally a threat to what is best about our American experiment and most precious about our Christian heritage. This embrace of eugenics for immigrants is only the latest evidence of how great that threat is.