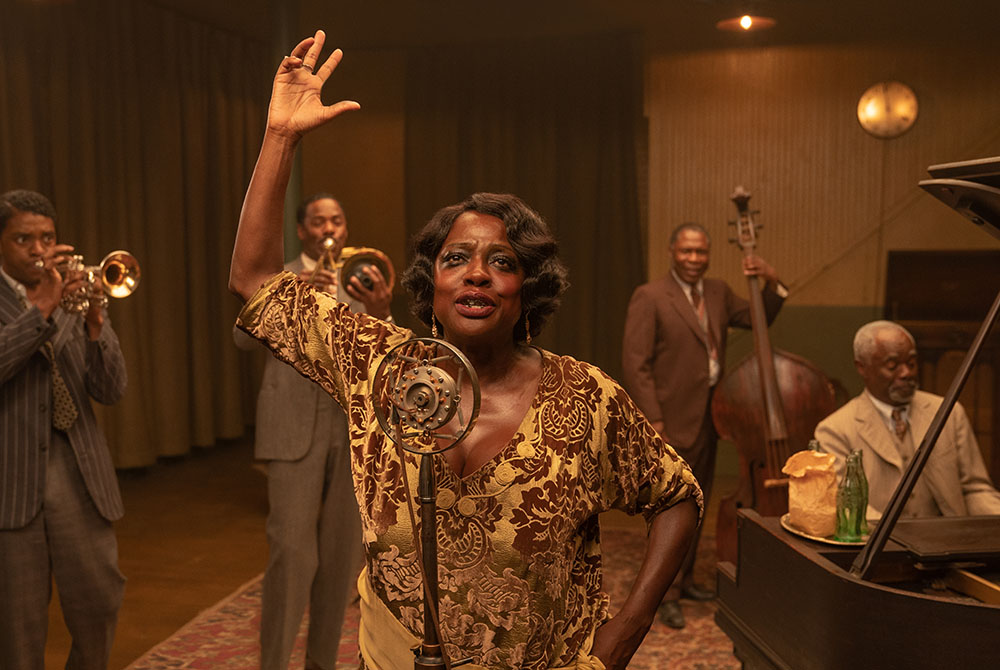 "Ma Rainey's Black Bottom" is one of the most talked about movies this year. The film, which premiered on Netflix on Dec. 18 and was adapted for the screen by Ruben Santiago-Hudson, is based on the Tony Award-nominated 1984 play by August Wilson. Ma Rainey is part of the "American Century Cycle" of ten plays by Wilson that reimagines the 20th-century African American experience, decade by decade.

Except for Ma Rainey, Wilson's plays were fictional and took place in Pittsburgh where he grew up. Gertrude "Ma" Rainey (1886-1939) was known as the "Mother of the Blues" and was one of the first blues singers to record. This play, based in Chicago, is the only one that Wilson places outside of Pittsburgh. While it is winter in his play, Santiago-Hudson changes the season to summer to great visual effect.

The story begins on a sweltering day in Chicago in 1927 preceded with scenes of Ma Rainey (Viola Davis) and her band performing. The young musician who plays the horn (cornet), Levee (Chadwick Boseman), shines because his jazz variations of her songs — and he writes his own, too — are so stylish and bold and seem to overshadow Ma. This irritates her and she is still peeved when she gets to Chicago. The band members arrive at the recording studio, surprised that Ma is late. Ma's manager Irvin (Jeremy Shamos) and Sturdyvant (Johnny Coyne), the amoral owner of the studio, plan to record several songs in one session. There's no doubt that this is all business for Sturdyvant.

Irvin tries to be nice, but he is frantic. As the band members wait around, they tell stories and tensions rise between them. Levee insists that Irvin wants to record his version of Ma's most popular song, "Black Bottom," but the others don't seem to know what to do. Ma finally arrives with her girlfriend Dussie Mae (Taylour Paige) in tow, as well as her nephew Sylvester (Dusan Brown). Ma demands some cold Coca-Cola and refuses to begin until Irvin provides it. Then she insists that Sylvester introduce the song on the record, her version of the song. But Sylvester stutters, and Ma won't take no for an answer to anything. Ma is dripping wet in the heat, everyone is hot and uncomfortable, and power relations of every kind are on full display as the day drags on. We begin to understand why Ma says, "This be an empty world without the blues. I try to take that emptiness and fill it up with something."

The 2016 film version of Wilson's play "Fences" was exactly like watching a play because producer and director Denzel Washington, who played Troy, the main character, insisted they use the play as the script, word for word. Washington's concern was that Wilson's work deserved the respect of being produced exactly as he wrote it. However, plays do not cross over to film very well without some adaptation because they use different audio and visual languages, so to speak, and audience's expectations of a film are different from that of a stage play. However, "Ma Rainey," also produced by Washington, is made for the screen from the adapted script, to the changing of seasons and place, to the dialogue and outstanding cinematography. 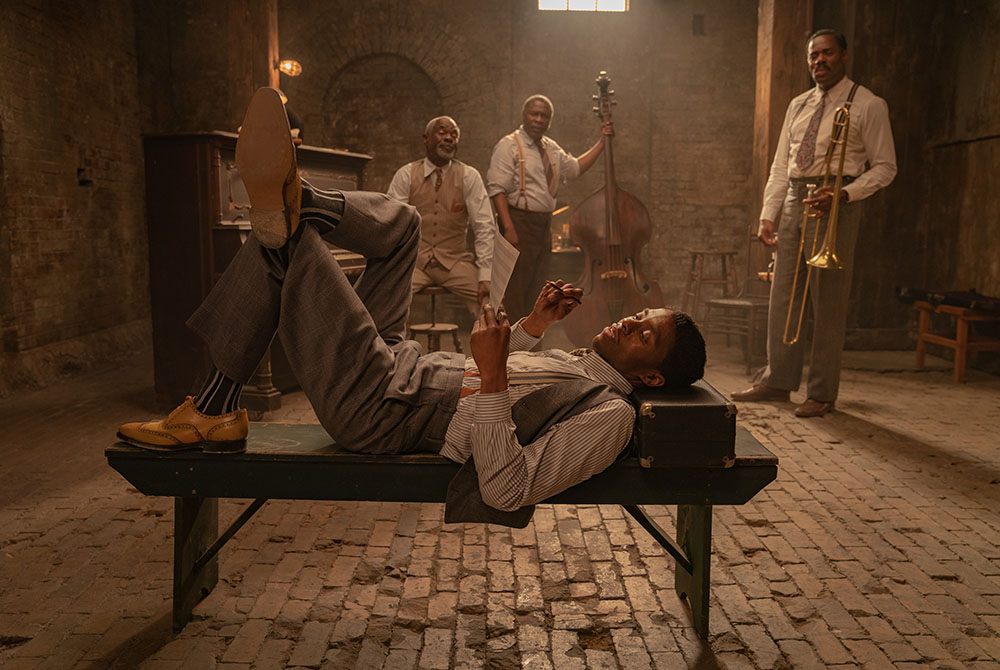 Wilson's famous observational and experiential monologues are just as powerful here, but seem much shorter than usual. They flow from the mouths of the band members, but especially Ma's and Levee's, straight into our consciousness, to engage our willingness to share that space and time with them. To understand and feel what they understood and felt.

Viola Davis is a manipulative diva who commands attention and obedience. Her mesmerizing performance consumes the screen. She only voices one song, "Those Dogs of Mine" (about her sore feet), but she performs all the songs as if they are totally hers. She is the best actress this year; I can think of no one to compare her with. (She knew August Wilson and won a Tony and an Oscar for her role in "Fences.")

Chadwick Boseman as Levee broke my heart. Here he is so talented and full of hope for his future. We see trouble ahead for him, from the industry's exploitation of his music to human tragedy, all the while knowing that this is Chadwick Boseman's final film performance before his death in August 2020. His performance, his face, smile and youthful ambition and energy, make him a formidable counter antagonist to Davis' Ma, who is just plain antagonizing so she can hold her own place in the world. Branford Marsalis produced the soul-embracing soundtrack, even adapting a few songs written by Gertrude "Ma" Rainey.

It is hard to be Black in white America, north or south. It was (and is) hard to be Black in the music industry so long dominated by white men. As I wrote in St. Anthony Messenger, "Racial tensions, power struggles and injustices, creative and artistic differences, and the very souls of these real and imagined artists are at the heart of 'Ma Rainey's Black Bottom.' I believe it is the best film of 2020."

"Giving Voice," winner of the Sundance's 2020 "Festival Favorite Award" is a timely companion documentary film, also on Netflix, celebrating the legacy of August Wilson. Viola Davis (also an executive producer) and Denzel Washington offer personal insights about Wilson's work as the film follows six young people, among thousands, who prepare to compete on Broadway by performing one of Wilson's monologues in the National August Wilson Monologue Competition. These African American and Hispanic American young people are on an emotional journey to find their own voice and the directors, James D. Stern and Fernando Villena, are right there to record their phenomenal efforts.

The artistic synergy in each of these films is powerful, and together, give audiences an experience of the work of a man many believe to be America's William Shakespeare; a man who experienced, lived and wrote about his times and his history with realism, grit and the gift of language.