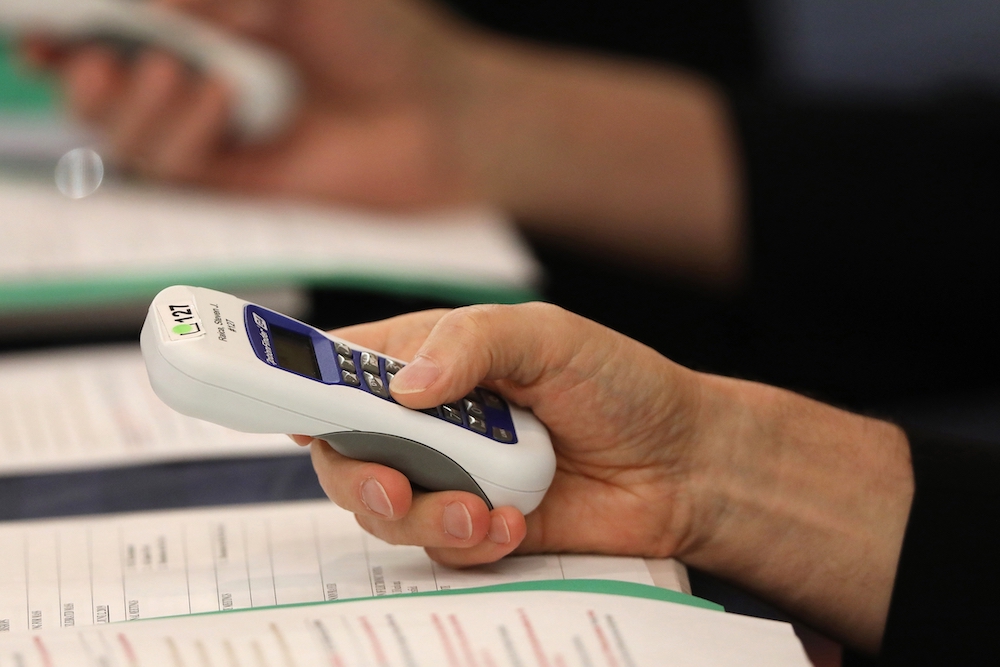 Bishops use electronic voting devices during the spring general assembly of the U.S. Conference of Catholic Bishops June 12, 2019, in Baltimore. During the 2021 virtual spring assembly, bishops voted by secret ballot June 17 to draft a document to address Communion for pro-choice Catholic politicians. (CNS/Bob Roller)

We receive lots of letters, emails and social media comments from readers, and thanks to the U.S. bishops' controversial decision to move forward with a document on the Eucharist — a document that originated with a working group concerned about Joe Biden's positions on abortion — our mailboxes and inboxes are full.

In addition to expressing hurt, anger and frustration about even the possibility of a document that seeks to deny Communion to pro-choice politicians, one question came up over and over again in these correspondences: Which bishops supported it, and which did not?

We know that 168 bishops voted in favor, 55 against and six abstained. But who voted which way?

"I want to know how my bishop voted," wrote one reader.

Could we please "flush out the names of the bishops and how they voted to push forward the Communion document?" asked another.

"I — and I am sure many of your readers — have letters to send to these wrong-headed and clearly non-Christian prelates telling them 'what for,' " pleaded another.

My answer to all these folks, sadly, is that the voting on this matter was done by a secret ballot, so I am unable to tell them how individual bishops voted. Probably not the answer they were looking for.

To shed further light on the voting process, I turned to Mercy Sr. Sharon Euart, a canon lawyer and former associate general secretary of the U.S. bishops' conference.

She noted that, first and foremost, because this meeting of the bishops was virtual, thanks to the coronavirus, all voting was done by an electronic — and thus secret — ballot, rather than a voice vote, which obviously was impossible without the bishops together in one room.

According to the conference's bylaws, most matters are decided by voice vote. (When the bishops meet in person, some in the ballroom have been known to watch the lips of specific bishops during voice votes, although that is certainly an imprecise way of determining how someone voted.)

On a decision requiring a simple majority, such as this decision to authorize the bishops' Committee on Doctrine to proceed with the document on Communion, a voice vote usually suffices. But given the controversial nature of the Communion vote, Euart "wouldn't have been surprised" if a written ballot would have been requested if the bishops had been meeting in person, she said.

A written ballot is always used for elections of officers and chairs, and for budget and financial matters, which only diocesan or eparchial bishops — not auxiliaries or coadjutors — can vote on. Sometimes, if a voice vote is unclear, bishops vote by raising hands or move to a written ballot, Euart said.

But the conference president or meeting chair can also request for a written ballot for any vote, as can an individual bishop who must then get five other bishops to support the request.

When it comes time to vote on the actual document in November, which will require two-thirds of bishops to approve, it will likely be done in a written ballot, not a voice vote.

Before 2001, when electronic voting was instituted for in-person meetings, those written votes were actually written on paper ballots, which were then tallied by "tellers" in a rather time-consuming process, often delaying the announcement of the decisions, Euart said.

The announcement of the decision about the document on Eucharist was also delayed, likely because whatever computer program or app the bishops used to vote was separate from the Zoom or other video program to "attend" the meeting. The discussion of the document happened during the meeting Thursday, June 17, with voting extended until that evening. The results were announced Friday afternoon, June 18.

A response to a request for details about the voting procedures to the bishops' communication office only indicated that "the Conference does not release how bishops voted — they are not roll call votes." It may be helpful to note that the bishops' conference is not an elected governmental body, like the U.S Congress, which of course makes its votes public. 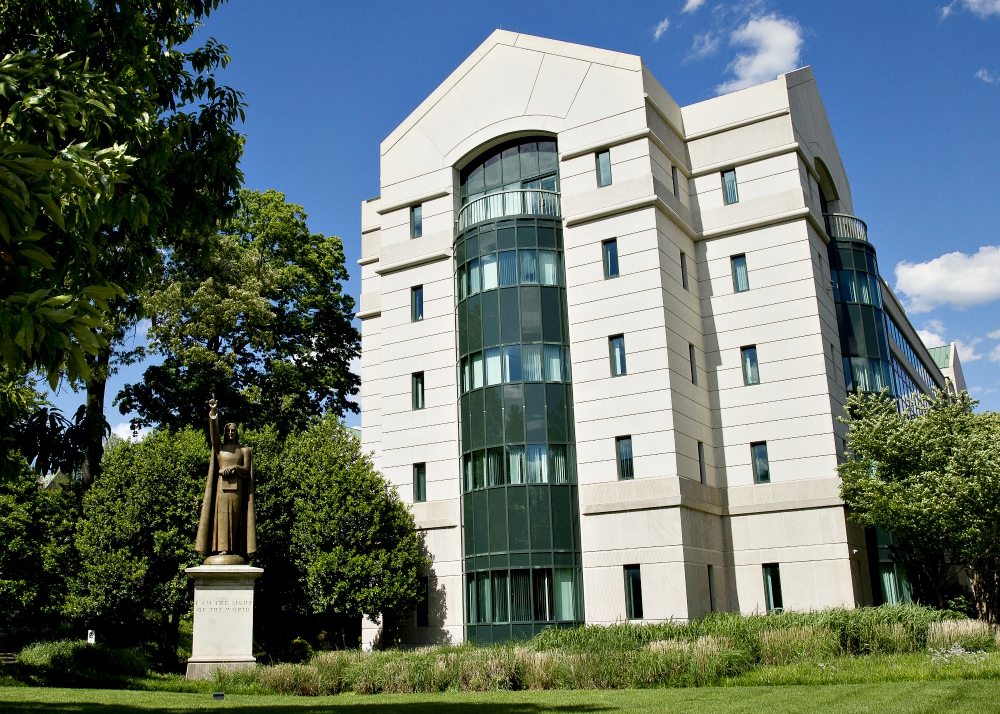 Euart suspects the goal is not so much to have voting in secret, "as it is the comfort level of the individual bishops to vote their conscience."

So how to find out how your bishop voted?

Well, some bishops have already gone public with their vote and the reasoning behind it.

The Seattle archdiocesan newspaper, the Northwest Catholic, reported that Archbishop Paul Etienne had voted against the proposal for the document because it had "become politicized." His paper also included a video clip of Etienne's remarks during the meeting.

Bishop Edward Scharfenberger of Albany, New York, told his local paper, the Times Union, that he voted yes on crafting a statement, but said he would not approve the document if it includes a ban on pro-choice politicians.

Another hint would be to check out the bishops who signed a letter asking conference president Archbishop José Gomez to delay the discussion and vote until the bishops could meet in person. News coverage of the spring meeting that quoted bishops who argued strenuously one way or the other can also provide some idea of how they might have voted. Or if you have the time and inclination to watch the video recordings of the discussion, you could get a sense of a bishop's perspective by what he said publicly.

But the simplest way to find out how your bishop voted, according to Euart, is to ask him.

"That's a fair thing to ask," Euart said, suggesting that parishioners could request that their pastors approach the bishop for an explanation of how and why he voted.

Catholics could also offer their opinions once the draft of the document is released, likely before the November meeting's discussion and vote. "If people have concerns or ideas, they should let their bishop know," Euart said.

Then it is up to each bishop to listen — and then decide if he wants to make his own vote public.

This story appears in the Bishops, Biden and Communion feature series. View the full series.
A version of this story appeared in the July 9-22, 2021 print issue under the headline: The bishops' secret Communion document vote.