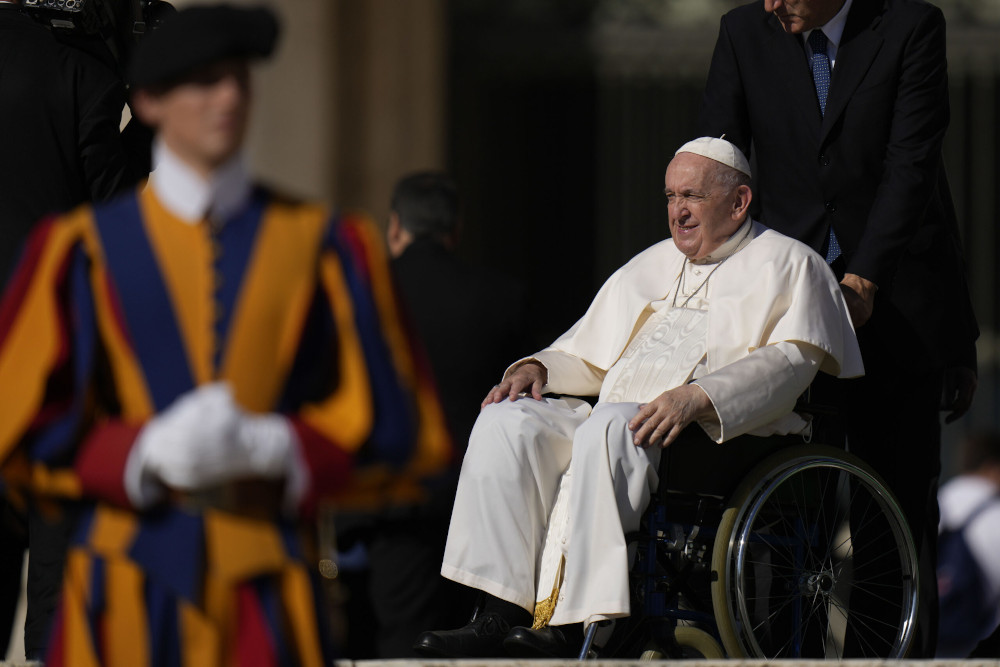 Pope Francis in a wheelchair attends his weekly general audience in St. Peter's Square at the Vatican Oct. 5. (AP/Alessandra Tarantino)

"The schismatics" is not the name of a new Broadway musical, but it might as well be. Some senior cardinals, deeply unhappy with the 2021-2022 round of the Catholic Church's worldwide Synod on Synodality, seem to want the entire project to go away.

The synod is projected to be a new-old way of being "church," a permanent recovery of how the church began and grew. Pope Francis plans it as a change that will outlast his papacy.

Even so, too many Catholics still have no idea what "synodality" means. No matter what the naysayers say, it is not a parliamentary event to vote on doctrinal matters of faith and morals. Rooted in the teachings and process of the Second Vatican Council, synodality is understood as "walking together" — a coming to consensus — about the renewal begun following the Second Vatican Council. 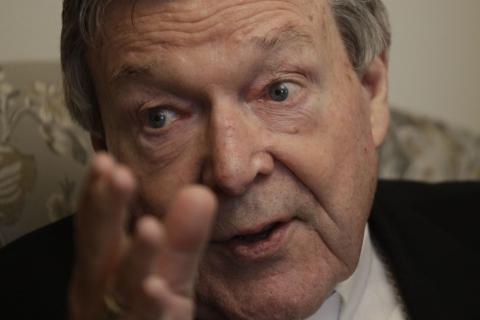 Australian Cardinal George Pell is interviewed in his home near the Vatican, May 20, 2021. (AP/Gregorio Borgia)

Of course, synodality means nothing if a national conference of bishops, individual bishops, or pastors ignore the whole idea. Some of them believe that if they ignore the synodal process, they will be able to recover the past. They are the clerics who prefer the fiddle-back vestments and Latin Masses of their real or imagined pasts. They want women kept out of the sanctuary. They want lay people kept in their place.

These men simply hope the synod will go away. They may have paid it lip service, with secret invitation-only synod meetings and perfunctory reports. They may have thought they only had a year or so until a new pontificate would erase all this business about consulting the laity.

Of course, a new pontificate is precisely what Francis' opposition hopes for. No doubt, the electioneering has begun. Leading the charge, or at least leveling the greatest charges against synodality, are Australian Cardinal George Pell and German Cardinal Gerhard Müller, both retired. Each has a palatial apartment from which to conspire just outside one of the Vatican's gates.

Pell is a Rome-educated former archbishop of Sydney and for a while the Vatican's economic overseer. In a recent National Catholic Register essay, he dismissed current synodal processes, presenting the church's 21 councils as "examples of the Holy Spirit at work." His point: Only clerics can discern and decide. He calls the German synod process "suicidal."

Müller, whose term as head of the Vatican's doctrinal body ended as its document on synodality was being written, has long been critical of Francis' concept of synodality. Venting his ire in EWTN's Alabama studio with news anchor Raymond Arroyo recently, Müller called the synod a "hostile takeover of the church of Jesus Christ," adding: "We must resist."

Müller took aim at synod secretary Cardinal Mario Grech, whom he said had "no importance in academic theology," accusing him of "presenting a new hermeneutic of the Catholic faith." He underscored his argument, saying that only cardinals knew what they were doing in the Curia, and lay persons should not be involved in choosing bishops. 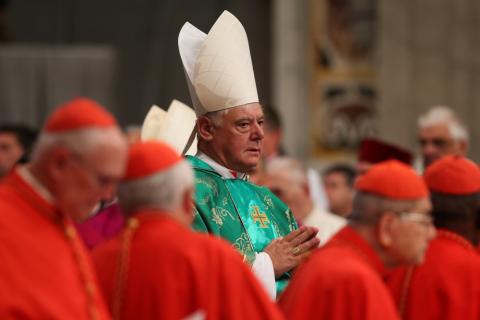 Why all the controversy?

The synod's issues are well known — women in ministry, a married priesthood, the status of divorced-remarried persons and considerations about homosexuality. These are the concerns of Catholics around the world. These are the synod opponents' concerns as well. They hope for a new pope.

However, although Francis turns 86 this coming December, members of the opposition are also aging. Pell at 81 is too old to vote in a conclave; Müller is 74. But while they keep their apartments, they are well situated to gather like-minded cardinals in the sort of conspiratorial meetings not known since the Middle Ages.

Consider this: Both Müller and Pell were among 13 reported cardinal signers of a letter opposing the work of the 2015 Synod on the Family. Six of their fellow cardinal signers are still alive.

They are not kidding. They genuinely want to cancel synodality. They seem willing to lead their followers into schism just to get away from dealing with questions of the laity.

And their followers, a tiny portion of the world's 1.3 billion Catholics, happily support them through their media outlets and, more importantly, with their money. Francis, meanwhile, depends on the Holy Spirit.

This story appears in the Synod on Synodality feature series. View the full series.
A version of this story appeared in the Nov 11-24, 2022 print issue under the headline: Can Pope Francis survive the scheming of 'the schismatics'?.