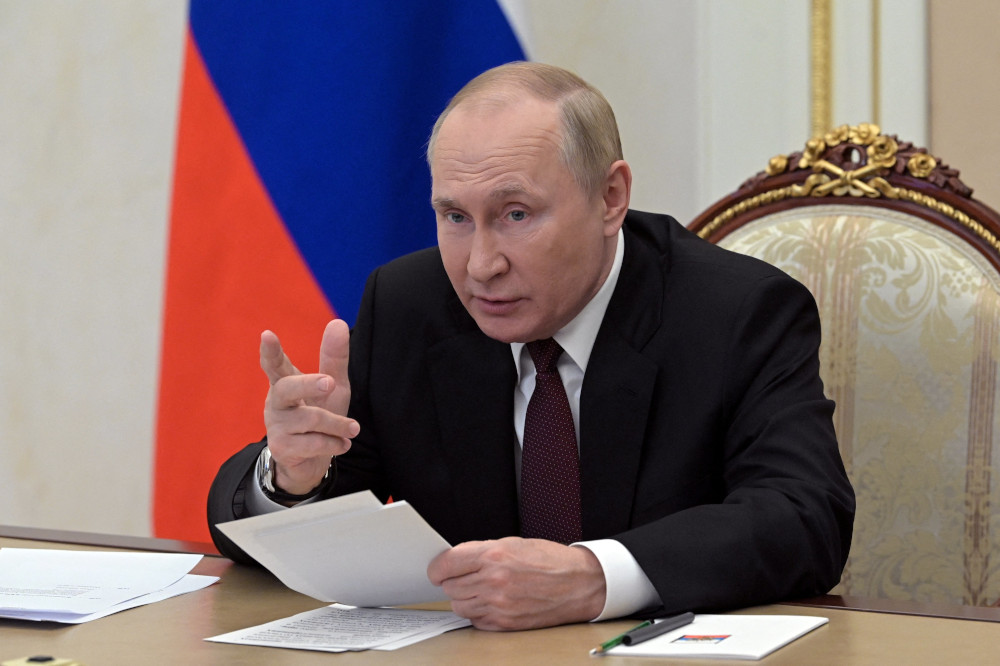 Russian President Vladimir Putin addresses heads of security and intelligence agencies of the Commonwealth of Independent States via a video link in Moscow Oct. 26. (CNS/Kremlin via Reuters/Sputnik, Alexei Babushkin)

Kudos to The New York Times and the six reporters who looked deeply into Russian President Vladimir Putin's war in Ukraine and found a military that was unprepared for combat, led by incompetent generals and, in Putin, a leader who is delusional about Russian greatness and careless about the lives of his soldiers. Putin should be tried for war crimes by the Russian people.

The fact checkers at The Washington Post give out their "biggest Pinocchios of 2022" awards, and the list is one thing that remains bipartisan. The lies told on the right tend to be more insidious, but all deceit in public life undermines democracy, all of it.

At Yahoo News, a report on the U.S condemnation of a United Nations human rights official whose anti-Semitic rant exposed, yet again, the degree to which the United Nations has lost all moral credibility on the issue of helping achieve peace in the Mideast. The UN does some wonderful things, but its track record in the Mideast is atrocious.

At The Atlantic, Helen Lewis on the "cringeworthy" Netflix documentary about Prince Harry and the Duchess of Sussex. Arguably, royalty was a progenitor of celebrity culture, but now, and shorn of British phlegm, we have celebrity royals in California and on Netflix. What could go wrong? The degree of self-absorption displayed by both Prince Harry and his wife Meghan is stunning.

From The Texas Politics Project at the University of Texas at Austin, Jim Henson and Joshua Blank roll out new polling numbers that reveal deep skepticism about the government in the Lone Star State. This despite the decisive election results in which the GOP maintained control of both houses of the Texas legislature for six elections in a row, as well as capturing all statewide races.

Not sure if the United States, Canada and Mexico will be able to replicate the excitement of Sunday's final match in the World Cup, but the three nations will jointly be hosting the 2026 World Cup games, using stadiums in all three countries. ArchDaily looks at the arenas that will be used, some of which are getting significant upgrades for the event.