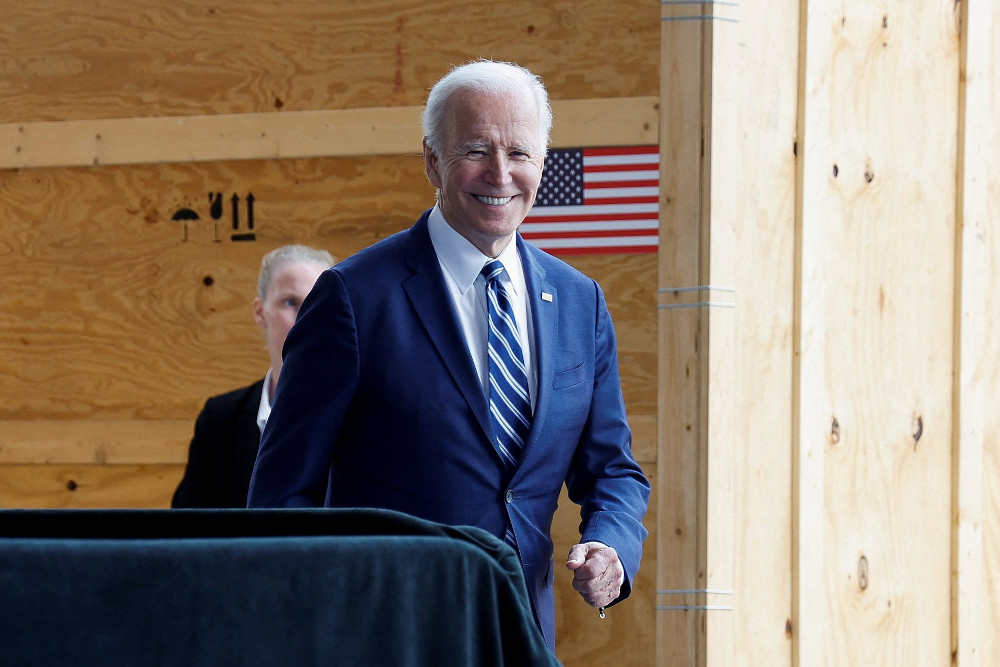 President Joe Biden was out front taking credit for the drop in the inflation rate Tuesday, even though it is difficult to point to a single policy of his that actually helped to drive the inflation rate down. Here in the colder parts of the country, people will soon be getting their home heating bills, and I hope he will also take responsibility for them. Biden has been an excellent president, passing important legislation his predecessors couldn't get through, so there is no need to take credit for every bit of economic good news, exposing oneself to blame when bad news comes, when the truth of the matter is that the Federal Reserve has more determinative power over the economy than any president.

In The Hill, a report on a new poll that shows Florida Gov. Ron DeSantis leading former president Donald Trump among Republican voters by 23 points in a hypothetical 2024 primary match-up. Trump's legal problems may doom his bid, to be sure, but if you put him on a debate stage with DeSantis, Trump will win every day and twice on Sunday. DeSantis has no charisma, none, and Trump still has the genius for diminishing his opponents.

In Politico, Burgess Everett and Marianne Levine report on the fallout from Sen. Kyrsten Sinema's decision to leave the Democratic Party and register instead as unaffiliated. Will a three-way race simply hand the seat to the Republicans? Arizona's elections were close last month, and that was with election deniers leading the GOP ticket.

At "Go, Rebuild My House," the blog on church reform published by Sacred Heart University, Catholic Studies chair Michelle Loris writes about being made for love, the synodal process and the attitudes of her students to LGBT issues. I think resolving these tensions is more difficult than Loris does, but her starting point, Christian anthropology, is the right one.

From Public Square, the journal produced by the Congress on the New Urbanism, Catie Gould looks at Hartford, the long-beleaguered capital city of Connecticut, and efforts to reform its parking. When Hartford embraced urban renewal in the 1950s, it got almost everything wrong, and the mistakes made to accommodate cars, from the interstates that intersect in the center of downtown, to the vast number of surface lots, robbed the city of vitality. Other bad consequences followed: The loss in tax revenue from surface lots is astounding.

Advent is the Marian liturgical season par excellence. There are so many different musical settings of the "Ave Maria," and my favorite jumps around, though it is never, ever the Schubert. Here is Latvian mezzo-soprano Elīna Garanča singing my current favorite, composed by Pietro Mascagni. The performance was part of the 1,000th anniversary celebration of the dedication of the cathedral in Mainz, Germany.