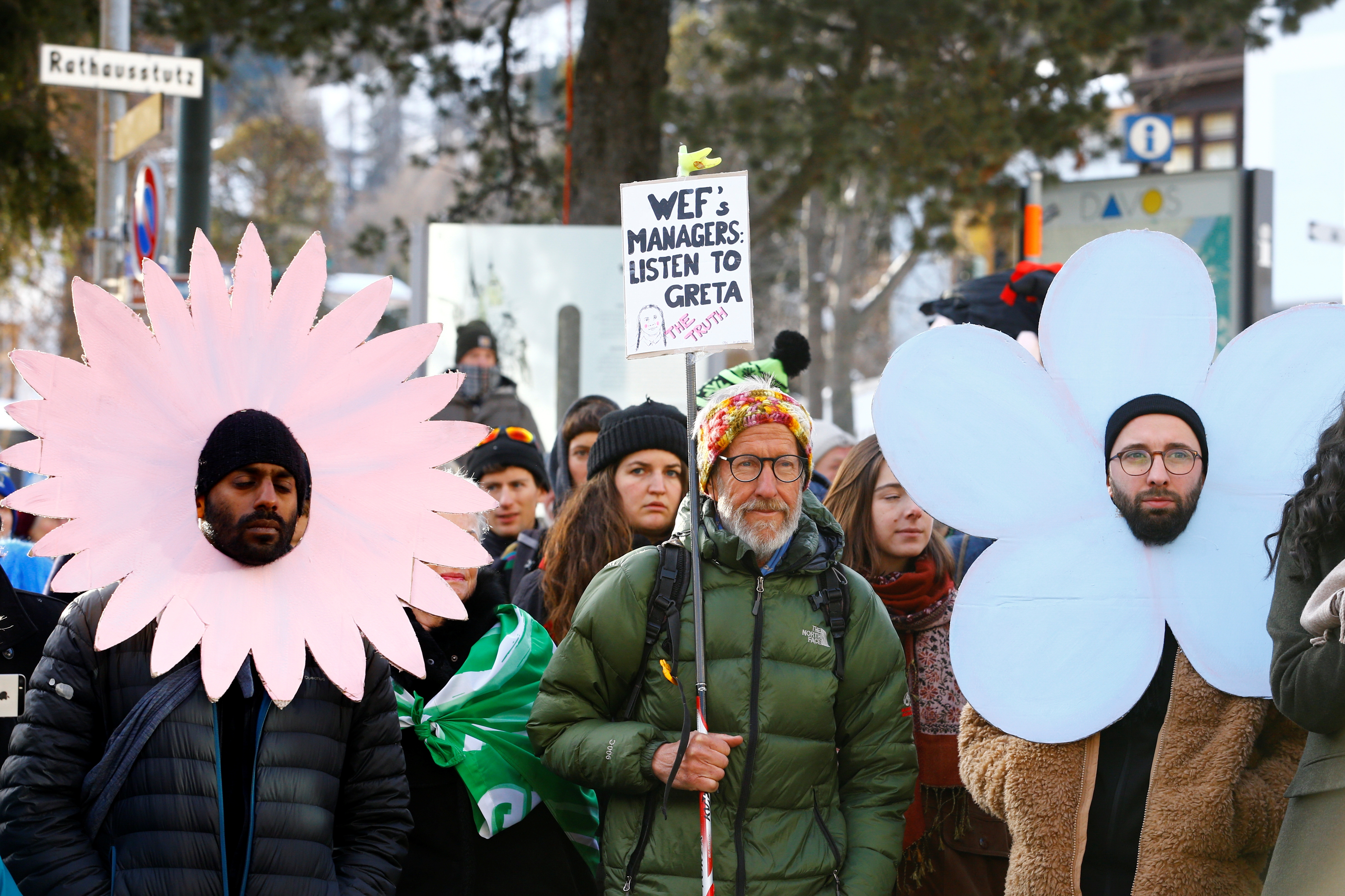 "I think we have to see that something is dying," Michelle Furrer, the manager of a Swiss guesthouse, told The New York Times, looking out at the rain as it washed away what little snow had accumulated in the alpine ski resort of Sattel-Hochstuckli. "We have to accept that, and then we can try to build — to find something else."

The innkeeper's comments were not that different from what needed to be said down the road at the World Economic Forum in Davos. There, too, the recognition is dawning that the war in Ukraine and other geopolitical worries, post-pandemic economic disruptions and the ongoing threat of climate change were all exposing something fundamentally wrong about the world economy and how it is structured. The question is how many decision-makers will actually accept that fact, and then "try to build — to find something else." The economic ministers may prove to be less serious than the innkeeper."

The annual meeting brings finance ministers and major players in the world economy to the glitzy, insanely expensive Swiss resort. There, as titans are wont to do, they strategize about how to manage the future.

"In its most promising light, Davos can be a place to build consensus on solutions for global challenges like poverty, inequality and climate change," says Eric LeCompte, executive director of JubileeUSA, a religious advocacy group that seeks to address the structural causes of poverty and inequality. "The dark side of the World Economic Forum is that it is self-selecting and largely represents the voices of the super-rich. Many people who attend are not elected and come from extremes on the right and the left. The actual voices of the most affected by poverty, inequality and climate change are largely absent."

There was some movement on climate change. A coalition of trade ministers at the meeting announced some agreements on aligning trade policy with sustainable development goals. "As trade ministers, we need to deliver both economic results and sustainable results … we should have done this years ago, but this is the time for action, and it's time to start these sorts of coalitions," Julio José Prado, Ecuador's production minister, told The Washington Post. He called the effort "way overdue."

Others worried that not enough is being done. United Nations Secretary General António Guterres denounced fossil fuel companies in fierce terms, saying the corporations are "racing to expand production, knowing full well that their business model is inconsistent with human survival."

Swedish activist Greta Thunberg was even more emphatic than Guterres, saying, "We are right now in Davos where basically the people who are mostly fueling the destruction of the planet, the people who are at the very core of the climate crisis, the people who are investing in fossil fuels etcetera, etcetera and yet somehow these are the people that we seem to rely on solving our problems."

LeCompte also thinks more attention needs to be paid to implementing the global minimum corporate tax. "Currently the developing world loses about a trillion dollars a year because of corruption and tax evasion and tax avoidance. Curbing global tax avoidance and evasion is critical for getting countries the revenues they need to build infrastructure, end poverty and address climate change," he told me. "We've made strides on moving Congress to pass legislation that can help stop global tax evasion and corruption. We moved the G20 to agree on global corporate minimum tax. While the G20 global minimum corporate tax agreement is really critical, we need to increase the tax rate and we need to move forward implementation."

Not all the news from Davos was grim. It appears the crypto bubble has burst. "Last May, the dressed-up shop fronts that line both sides of the Promenade street running through the Swiss ski resort were dominated by crypto firms, rolling in bitcoin," reported Reuters. "Now there are just a handful and the executives who have made it to Davos have swapped their hoodies for blazers, despite sub-zero temperatures outside"

The problem with Davos is that we need a global response to the issues we face, but the kinds of perspectives one gets from finance ministers and financial tsars are narrow, crimped, too deeply vested in particular interests and ideologies to think imaginatively about how to move forward. They are not wrong, and their perspectives contain important expertise, but they lose the forest for the trees. The deeper need is to reimagine how we assess the economy in terms of the well-being it confers on those who participate in it, especially the poor, that is beyond their grasp. The "Commonhealth," as my philosophy professor Paul Weiss used to call it, can't emerge from the neoliberal paradigm that still holds sway.

Pope Francis is clear that we need global solutions — he called, after all, for "one world with a common plan in Laudato Si'," Anthony Annett, author of Cathonomics: How Catholic Tradition Can Create a More Just Economy, said in an interview. "But he’s also deeply suspicious of globalization — in Fratelli Tutti, he noted that: ' "Opening up to the world" is an expression that has been co-opted by the economic and financial sector.' It seems unlikely that the corporate titans gathering at Davos are making this distinction."

"I lift up my eyes toward the mountains; whence cometh my help?" asks the psalmist. Davos may be in the mountains, but there does not appear to be much help coming from there.