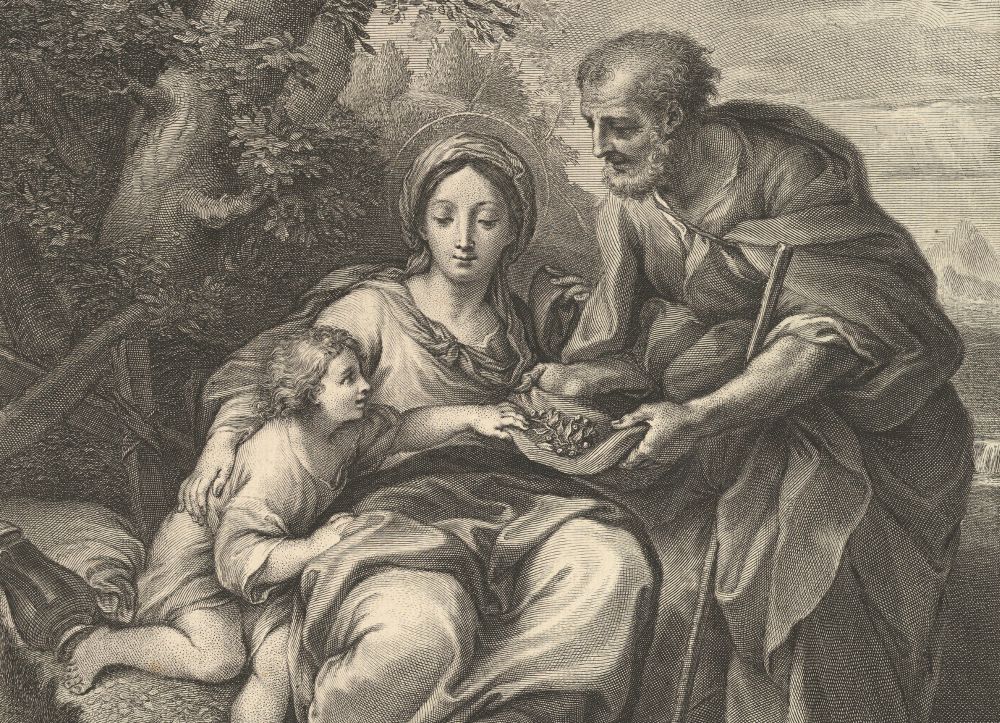 Detail of "The Virgin and Joseph with the Young Jesus" engraving and etching by Johann Jakob Frey the Elder, circa 1710-40 (Metropolitan Museum of Art)

Feast of the Holy Family of Jesus, Mary and Joseph

The fifth joyful mystery of the rosary meditates on the story of finding Jesus in the Temple. It could also be called the first of Mary's "mysteries of protest." Those mysteries come together in a litany where the repeated refrain is, "Dear God! The angel never warned me about this!"

Plaster statues aside, we assume that Mary did not pray the rosary. But as a Jewish woman schooled in the tradition of the prophets, she knew that searing complaints are prayers as genuine as praise and petition. Searching the Gospels, we can find a good number of the mysteries of protest she could have taken to prayer.

After the interchange in the Temple, "mystery No. 2" might be expressed as: "Will someone explain why he went alone into desert amid the wild animals?" No. 3: "I know he said his time had not come, but weddings need wine!" No. 4: "He called them all his mother?" And so on. Undoubtedly, there were more than five or 15 or even 20.

These "mysteries" don't really surprise experienced parents: "You never know what to expect." Those who reflect deeply on their experience might add, "The struggles of family life have brought me great growth." 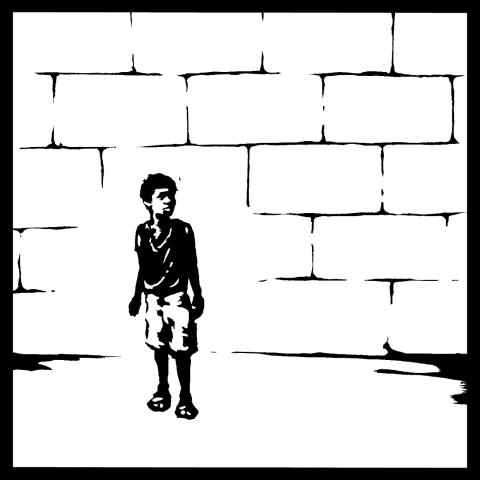 The feast of the Holy Family offers the opportunity to reflect on the mystery of family life. Every family and community share the perplexing, frustrating, demanding challenge Luke described. Put most simply, Mary and Joseph faced the difficult discovery that Jesus was not going along with them every step of the way. It is a real story of a family conflict and is symbolic of all kinds of relationships.

We know what it is like when family members do not go along with us on the journey. When Mary and Joseph confronted Jesus in the Temple, they confronted the fact that he would have to discover his own path in life. No matter what they might hope for him, he did not belong to them.

The story reminds us that love is rooted in profound reverence for the mystery of the other. Such reverence cultivates profound respect for the other's mysterious freedom. In that, we learn to desire that the other will become who they are meant to be rather than what we would have them be.

Hannah and her son Samuel offer an extreme example of this. The unexpected dimension of Hannah's longing for a child was that even as she prayed to become a mother, she promised to give her child to God. Strange as her example may seem to us today, Hannah saw her son as belonging to God and God's plan for the world rather than as her claim to fame or an old-age insurance policy.

When we take reflection time to celebrate this feast, we can enjoy contemplating the most important relationships in our lives. Obviously, the theme of the day is familial love. But the readings direct us to reflect specifically on how love nurtures each person's freedom to become ever more deeply who they are.

In today's Gospel, Luke tells us that Mary and Joseph were a day's journey out of Jerusalem when they discovered that Jesus was not with them. Luke describes their consternation as they looked among the people they journeyed with but did not find him.

But according to Luke, they did not return to search all over Jerusalem, checking out the markets and recreation spots that might have interested a budding adolescent. They went to the Temple and found their curious child listening to the scholars who spoke of the things of God.

They knew their son and had a good idea where they might find him. They understood him; they were his first teachers. As they taught him what every child needs to learn, they had seen his fascination with the things of God — which for him included everything.

That day in the Temple, it was Mary's turn to say, "Your time has not yet come." But even as she said that, she had to know that his time would come. Like John the Baptist, she and Joseph had to accept that their roles would decrease as Jesus' captivation by the things of God increased.

The feast of the Holy Family invites us to celebrate our relationships with those we love most deeply. It reminds us that the greatest gift we can give others is to respect and nurture their freedom to become all God has created them to be.

Whether it is with children, spouses, siblings or members of our communities, we know it will not be easy. But with Mary, we can pray, "Dear God! You never warned me!" and remember the only assurance she was ever given: "Nothing will be impossible for God."

A version of this story appeared in the Dec 14-27, 2018 print issue under the headline: The mystery of love.