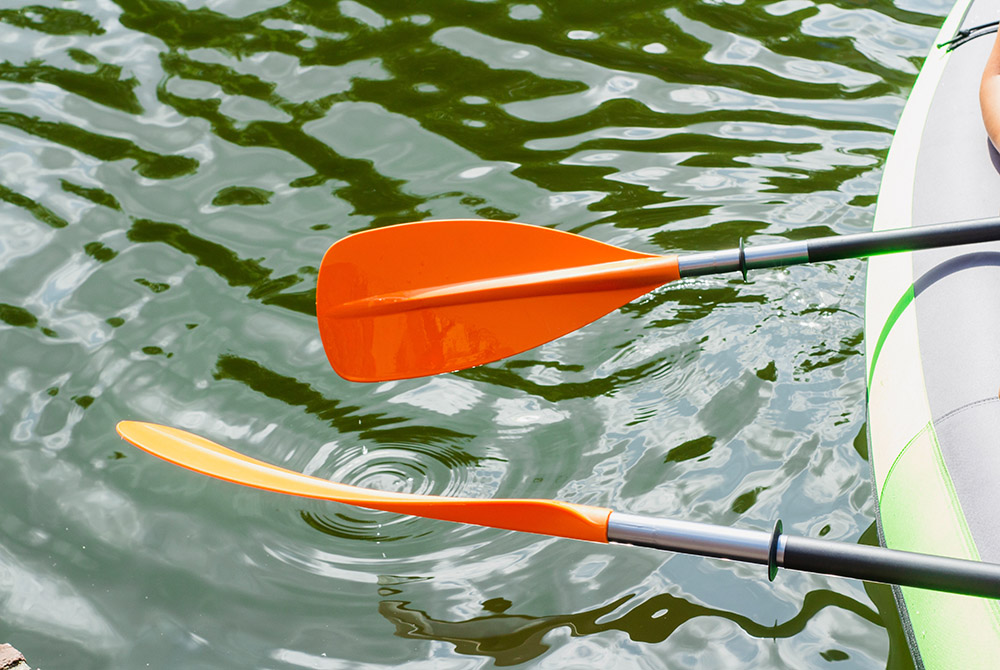 My 6-year-old daughter sat in my lap, her hands tightly gripping the paddle. My hands were firmly planted over her hands, and also onto the paddle as we both sat in a kayak on a beautiful sunny day in the middle of a lake in Baton Rouge, Louisiana. I took a few deep breaths trying to steady my breathing after the meandering journey to the middle of the lake. 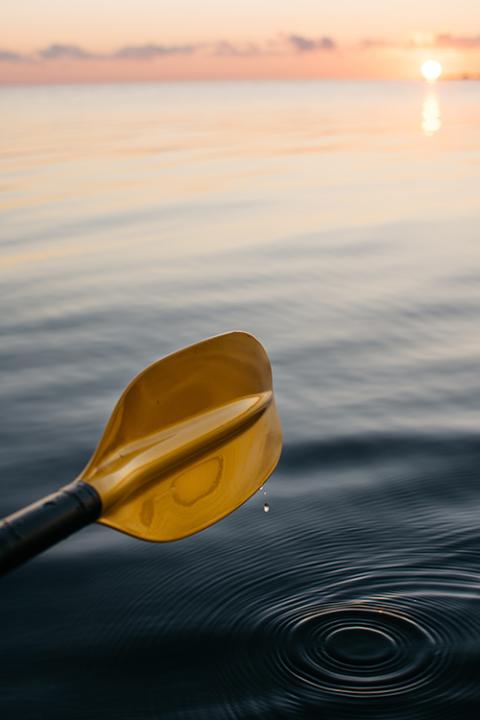 As we paused, I savored the lingering smell of shampoo in her hair as she leaned back against my chest to rest for a few minutes herself. My eyes absorbed the beauty of creation around me. The blue-bird sky and the vibrant green oaks with Spanish moss reflected in the lake's water. Suddenly, my daughter shrieked with delight as she saw a turtle pop its head up out of the water several feet away from us, and she began desperately trying to row toward the turtle while I tried to maintain our balance and regain control of our strokes.

Rowing a kayak with a 6-year-old is quite the arm workout and takes a tremendous amount of patience to attempt to get the rhythm of our strokes in sync. As I would row on the right side, she would try to row on the left. When I would row left, she would attempt to row right.

Our kayak clumsily made its way forward toward the turtle. I began to say, "Right, left, right, left" attempting to encourage her into a rhythm that I knew would steady our kayak and also move us forward with greater force.

She began to chant with me, "Right, left, right, left" her words matching mine, but her arms were still attempting to fight the rhythm.

Looking ahead, I saw that the turtle, probably hearing not only our chant but also the loud slap of the paddles on the water, ducked its head under the water. We continued in its direction just the same, hoping to catch a glimpse of it as it swam away. As the kayak skimmed over where the turtle was, we both stopped rowing, allowing our arms to rest, and attempted to get a peek at the turtle. The turtle was long gone.

My daughter let out an exasperated sigh and then said, "If only we could row together, we would get there faster."

In that moment, sitting in a kayak with my 6-year-old in my lap, all of the discernment wisdom that I seek to live by and to share with people I meet in ministry became crystal clear.

I thought of all the people I listen to in spiritual direction and accompany on retreats seeking to know their purpose and next steps. I remembered the conversations with my own spiritual director each month where I often explored with her, "What is God inviting me to right now?" Not to mention the hours I spent visiting with God each morning in my inner chapel, often posing to God like an impatient child on a long car ride, "Where are we going and when are we going to get there?"

My daughter's words became the voice of God for me in that moment reminding me of not only my way forward, but all of our way forward, together with God.

Discernment is about learning to row with the Holy Spirit and matching our strokes in life to the movement of the Holy Spirit's. How often do we attempt to find our way forward in the waters of life without listening to the movement of the Spirit? How often do we seek to glide forward at our own pace rather than align our strokes to the rhythm of God's rowing? Wouldn't we move forward faster toward clarity and the gift of peace if we were willing to row in rhythm with the Spirit?

As the paddle rested across my knees, I felt my daughter's hands under my own as we both held the paddle. Holding her hands, I was reminded of the gift of God's hands firmly holding mine as we both hold my paddle in life. I waited for my daughter to let me know she was ready to begin rowing again, and I imagined God waiting on my "Yes" to begin rowing again together.

My laughter and joy joined hers. I threw my head back with a heart full of thanks to look up at the blue sky in awe. I offered a prayer of thanks to God for reminding me yet again, that none of us is ever alone in finding our way forward in life. Who knows, maybe one day we will even get to see a turtle up close along the way.

[Becky Eldredge is a spiritual director, retreat facilitator and author of The Inner Chapel: Embracing the Promises of God.]