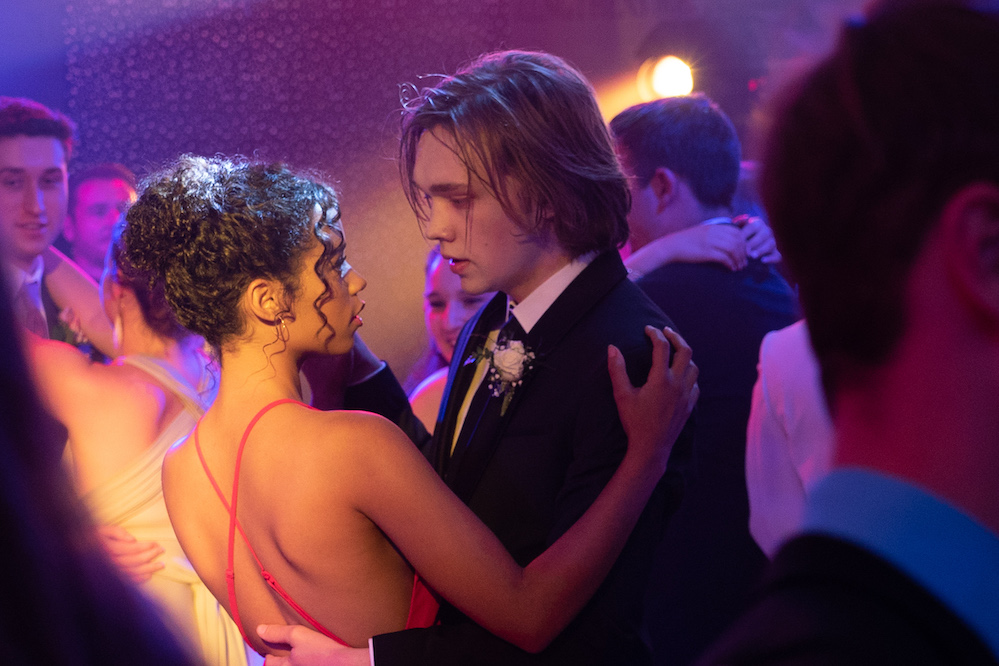 Adam (Charlie Plummer) is in his senior year when he transfers to St. Agatha's Catholic High School after he is diagnosed with schizophrenia. At his former school, he wrecked the chemistry lab and injured a boy when he was overcome with auditory and visual hallucinations.

He not only has three voices in his head, but he sees them as well. They are Rebecca (AnnaSophia Robb) a kindly teen girl that encourages him; Joaquin (Devon Bostick), an inappropriate teenager; and The Bodyguard (Lobo Sebastian), whose threatening demeanor is meant to scare off those who threaten Adam but scares him, too.

In addition, there is a dark cloud that appears a harbinger of depression.

"Words on Bathroom Walls," based on the 2012 novel by Julia Walton, with the screenplay written by Nick Nevada, does a realistic job of letting us get inside Adam to see, hear and feel what he does. Thor Freudenthal ("Diary of a Wimpy Kid") directs with a light hand that renders hope visible to those diagnosed with schizophrenia or other mental illnesses and to those who love them. 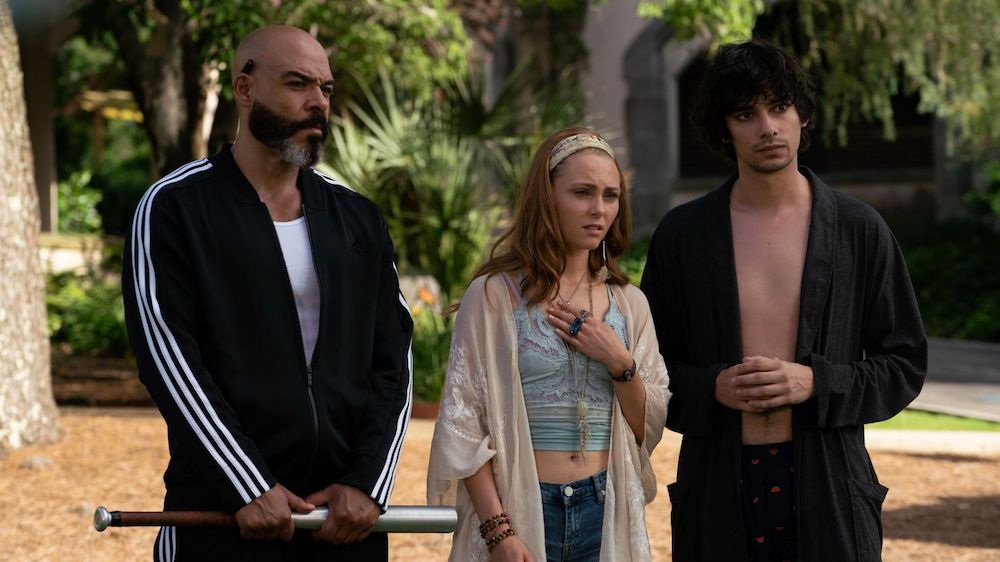 The Hallucinations — played left to right by Lobo Sebastian, AnnaSophia Robb and Devon Bostick — are part of Adam's (Charlie Plummer) life after being diagnosed with a mental illness in "Words on Bathroom Walls" (Jacob Yakob/Courtesy of LD Entertainment and Roadside Attractions)

When his dad left the family a few years before, Adam started to cook. His dream is to go to culinary school and become a chef. His single mom, Beth (Molly Parker), is totally supportive and believes that the right medication is right around the corner. But when Beth's boyfriend, Paul (Walton Goggins), moves in and they announce Beth is pregnant, Adam becomes unhappy. When he sees Paul has emailed the principal of St. Agatha's, Sister Catherine (Beth Grant), he becomes distrustful. Plus, he is dealing with the side effects of a new drug that controls the hallucinations but seems to take away his sense of self.

Sister Catherine is willing to give Adam a chance, but she is firm about his grades, staying on his medications and being informed on the progress of his illness. Maya (Taylor Russell) is a brilliant student but has side hustles to make money. Maya meets Adam in the boys' bathroom where she is making a deal to write an essay for someone. He needs help to keep up his grades and convinces his mom to hire Maya who has already been chosen as the valedictorian of their class.

Adam is struggling and one day wanders into the confessional in the school chapel. Although he is not Catholic, he approaches Father Patrick (Andy Garcia) there and seems comforted by the priest's words. When things become difficult, Adam visits Father Patrick in the chapel and the priest gently and realistically advises him.

Adam narrates his story and sometimes speaks directly to the audience. He brings us along so we can know how he lives, loves and copes through each day.

One of the most heartbreaking moments in the film is when Adam tells us that "cancer kids" get a last wish but kids with mental illnesses are just ignored. While Sister Catherine is perhaps rightfully stern, Father Patrick becomes another voice in Adam's world who uses few words and shows faith, strength and compassion. 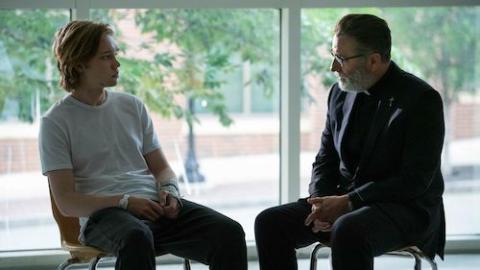 Beth may go down in history as one of the best portrayed screen mothers ever; she doesn't have all the answers in this strange new world of her son's mental illness, but she has love and a firm will to see her son succeed. She chooses to begin a new relationship with Paul and is tireless in creating a new family that includes Adam. Even Paul, the "third wheel" in the family dynamic, has an unexpected character arc in the story giving the film yet another dimension and a reason to hope.

If you have ever known, lived with or worked with a person with schizophrenia who decides to go off their medication, you know how challenging it can be. And if it is hard for us, imagine how it must be for the person. The side effects of medication can be tiresome and seemingly unbearable.

It is possible that some will see this film as too optimistic about mental illness, but I think it moves a goalpost for society, faith communities, schools and the medical community from looking the other way to continuing efforts to acknowledge and help each child, each person with mental illness because they are not defined by their illness. It is something they have, not who they are. This is the great hope of "Words on Bathroom Walls."