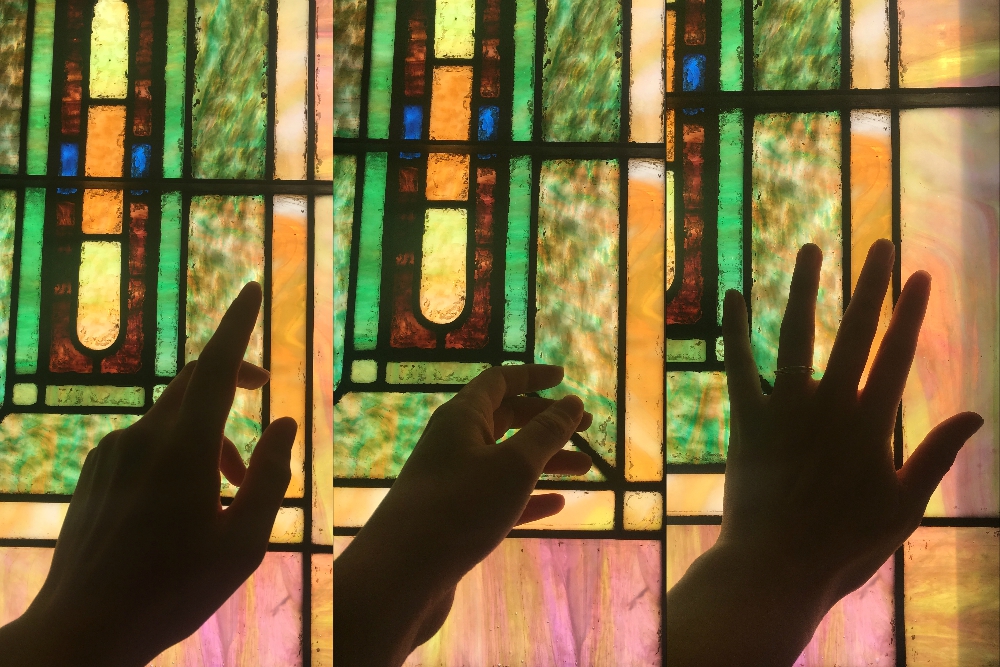 Last month, I decided it would be essential for me to wed myself. Not in theory, in practice. This wouldn't be a thought experiment; it would be a marriage. And there would be a ring, flowers, an outfit, vows.

I'm acutely aware that I've been known to make grand declarations for best-laid plans every now and then. My mom likes to tell the story about how I declared resolutely that I was moving away to join the circus — the first she'd heard of this — to my pediatrician during a routine physical. My college friends (used to be able to) recount the number of times I'd vehemently sworn off dating to "prioritize personal growth." Then there were the many times I was sure I'd be married by spring. I'd convert to Judaism. Move to Israel. Move to Ireland. Become a nun.

So, being adamant about my self-marriage scheme wasn't off-brand — it was dramatic, and sensational, and romantic — it had all the markings of a classic decision inspired by familiar surges of equal parts fear and hope. Both absurd and logical and somehow a very good and not particularly great idea. But the whole thing was atypical in one critical way.

Most of my emotive decisions have been driven by a desire to run, to be someone else or somewhere else — sometimes because I am genuinely inspired and moved, but often because of a moderate to severe dissatisfaction with being still and patient and safe in my own body and mind.

Conscious or unconscious, my choices are typically rooted in a desire to change my identity, reset my orientation or otherwise shape-shift. I'm often grappling with my self-concept — who am I, why am I here, what is all of this, etc. — so impulsive turns in my course have allowed me to feel a semblance of agency over my identity, control over my fate.

But when these decisions are made reactively, or when they're particularly unsettling or disorienting, I find myself feeling just as lost as I was before, only in a more unfamiliar place with different strangers.

The self-marriage idea, though, felt very "me," yet also tempered enough by 24 full years of wisdom, that it had a different feel to it than other commitments to self-improvement I'd made over the years. The idea made me feel at home. My long-distance friends were supportive and started egging me on: "If you really do this, we need to see the proof."

That's when I got the idea that a sister of Loretto could solemnize my self-marriage, or at the very least advise me on my vows — since all of them have made their own at one point, it seemed logical.

Before popping the potentially improper question on an unsuspecting sister, I decided that it would be wise to more deeply consider the significance of vows — Catholic and secular — since I'd be writing and receiving them on my wedding day. My friends and I had already picked me out a ring (three interlocking silver bands), and planned out the rest of the embellishments — lilies, a homemade veil, the Goldberg Variations playing (like they were when I was born), etc. It was really the crafting of my vows I was the most interested in.

I'm drawn to the structure and purpose of religious vows because they ground me in my heritage as an Irish Catholic, they are ancient and mysterious to me as a millennial, and, most of all, they are undeniably and inherently romantic.

I've fallen deeply in love more times than I can count — with friends, partners, ideas, places — with everyone and everything else, but never fully with myself. As a hopeless romantic, I believe anything that gives itself to love can be defined as love. Solemnly promising anything — whether to another person, or to a community, or to God — is romantic, religious, lovely.

So, vows were a way for me to use what might be seen as a restrictive or old-fashioned form of confessional commitment, expand them/it, and apply it to what I'm needing now to feel whole and well.

Loretto Sr. Maureen Fiedler wrote an article that helped me think through the evolution of the vows and why I'm drawn to them. She outlines the original intent of each vow, and then re-examines them with a present lens.

She writes that an evolving vow of celibacy, for example, "would take the emphasis off sexuality and toward the expansive meaning of loving human relationships." For me, such a vow might look like focusing my energy on nonsexual physical pleasure, nurturing platonic friendships and strengthening interpersonal boundaries.

As I researched and thought more about the conversations I'd had with sisters and friends about religious vows, I had an epiphany that my intentions to marry myself, and the vows I was interested in making, were actually not dissimilar to how I understand the intentions behind the traditional vows of celibacy, poverty and obedience, and the modern iteration of the vows that Loretto co-members take. Though religious vows are evolving with time and cultural shifts, all of us (religious and nonreligious) have creeds, practices, and oaths — spoken and unspoken — that we live our days by.

Vows, more broadly, ultimately define a way of living and loving. They are stabilizing, intentional and sacred.

But, really, what I'm seeking isn't a radical individualist marriage ceremony, per se, or to declare my eternal love for Jesus Christ. What I'm after is an unwavering commitment to myself, to my own healing and growth. After witnessing myself seeking in so many wrong places for this, I'm certain that where it lies is somewhere inside me.

I'm not sure if I'll go through with the whole ceremony idea, or whether a single Loretto sister in her right mind would ever agree to participate in such an occasion. I am certain, however, that I intend to defiantly and passionately explore what "having and holding" myself might look like: weaving together, breaking down, and repurposing the frameworks of matrimony and religious life as I rediscover my unique, complicated — perhaps overzealous — connection with myself.

[Adele McKiernan is a graduate of the University of Wisconsin-Madison, where they studied history and integrated liberal studies. They are now a second-year Loretto volunteer in St. Louis working at Missouri Health Care for All, as a grassroots organizing fellow.]